The La Costa Wine Company: Where Even a Monday Can Turn Into a Party!

During our cul-de-sac viewing of the recent solar eclipse, my neighbor turned hostess by bringing out wine, cheese, and crackers for us to munch on while we contemplated our sacrifice for the return of the sun. As one of my food friends, Wendy pointed out that our sustenance was from the local wine and cheese shop up the street, La Costa Wine Company. A few weeks later, sun shining brightly and my cheese wish list in hand, I entered the dimly lit shop located in the strip mall across from the Dove Library. 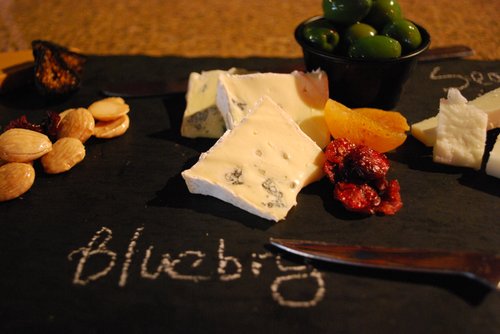 I was initially disappointed because the cheese counter was smaller than I had expected. But I headed over to the counter, after being greeted by a young woman, Samantha. The cheeses they did have looked worthwhile and this was a wine store after all, so I waited as she greeted someone else. In response to her offer of help, I told her about the cheeses that I was looking for: Boer Piet’s Boerenkaas, blueberry Stilton, and geitost, THE Norwegian cheese. They didn’t have the first two, but she had several good suggestions about where to find the blueberry Stilton. On the other hand, not only did they carry geitost, spelled in an alternate spelling: gjetost, but she was able to tell me how it was made, varieties, etc. She put out a sample and then went to help the other customer. 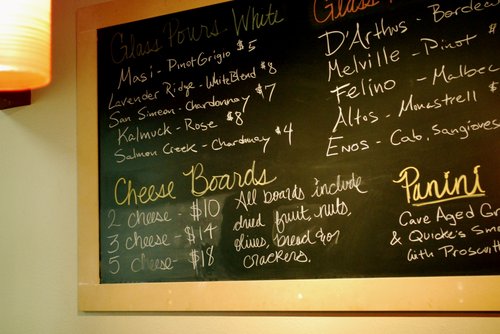 I strolled around, noticing that they also sell beer, ale, sake, cigars, wine related gifts, and various accompaniments for cheese. A menu board was posted in a bar area with wines available for tasting, options for cheese plates, and a sandwich (that was only available Thursday-Saturday). Samantha came over to check on me and took my order for a three-cheese plate. I told her that I wanted a cheese plate made up based on the gjetost offering with a wine pairing. She was obviously challenged by my request, but I was confident because she seemed to know her cheeses. 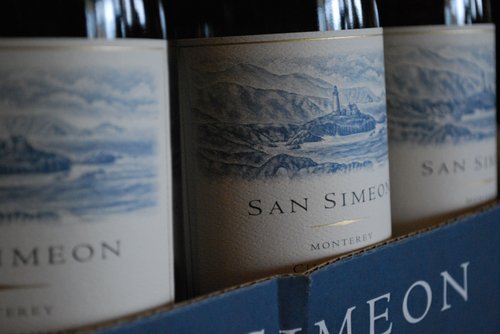 In the meantime, a woman and a couple had come in separately. They sat in the bar area as well. Samantha brought out my cheese plate and explained the cheeses and wine she chosen to accompany the gjetost. The cheese plate came with olives, dried fruit, Marcona almonds, and a basket with thin slices of baguette and crackers. The other customers ordered cheese plates and wine too. As we were enjoying the wine and cheese, conversation began to flow. Samantha chatted with Diane. Lisa, a loan officer, told me that the shop had competitive prices, a great selection, and a knowledgeable owner. She had even had a get-together there. If they ever do a commercial, they should definitely include her! She also pointed out that there used to be another wine store in the same location with a very similar name that had been very over-priced. 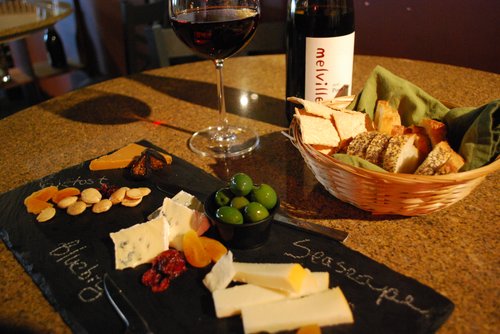 With regards to their wine selection, Samantha explained that their best seller was a chardonnay, San Simeon. It was priced at $13.99. She said that they also have an excellent selection of rosés, usually eight or nine to choose from. Musicians perform on Thursday nights and they have wine and beer tasting events. They have also taken over the next storefront over to store wines for people in temperature-controlled lockers. As she brought out gjetost and chocolate for us all to sample on this Monday evening and the crowd grew larger, I had to agree with Lisa that the La Costa Wine Company was a comfortable place to be.