And for the past five years, Rita had her eye on the corner of Adams Avenue and Kensington Drive, where NYLA Kensington Boutique occupied a prime spot. In January, on her way home from another trip north, she saw a For Lease sign in the window. A phone call later and she had her dream location. 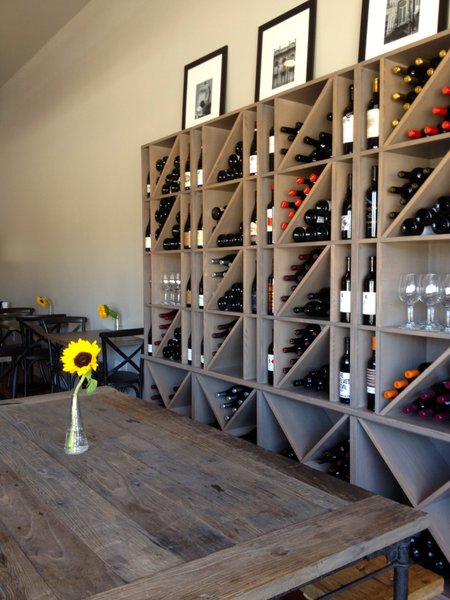 It’s cozy and comfortable inside, warm taupes and weathered wood, splashes of bolder red and blue keep it interesting. The vases of beautiful sunflowers and lots of natural light add to the relaxing mood.

There are over one hundred wines to choose from, most are produced by small family operations that have a limited number of cases for retail sale. In addition, nearly a third are available by the glass, half-glass, and half bottle. The three-ounce half glass is a great option if you want to try several wines.

I started with a 2010 Tertre de Launay Savennieres, a minerally white Bordeaux. It was crisp and dry, a nice cool way to start out. John’s choice, the 2008 Paulo Scavino Rosso Vino da Tavola, a Piedmont Nebbiolo, had a soft fragrance and a fruity explosion in the mouth. 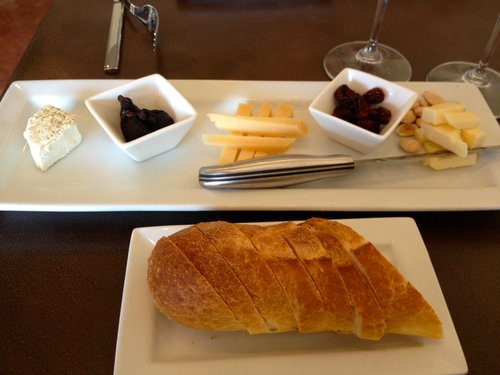 We paired these with a cheese plate containing Venissimo’s offerings. Purple Haze, a creamy, lavender and fennel pollen laced chevre was lovely with the Savennieres. Ewephoria, an aged sheep’s milk gouda, had a golden, nutty flavor and a crumbly texture that paired better with the Nebbiolo and very well with the dried mission figs, dried tart cherries and toasted Marcona almonds. Last was an aged cheddar from Hook’s Cheese Company, nice with the bolder reds of our second wines. 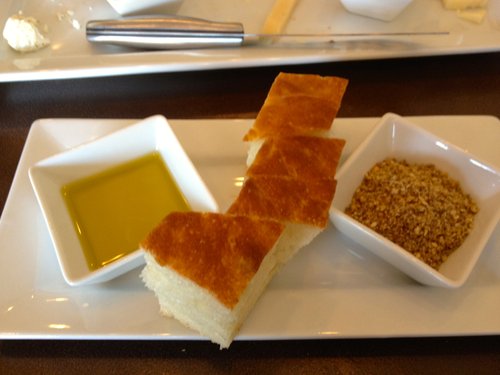 Our next half-glasses were a 2008 Siegrist Dornfelder, a German red for me and a ’10 Easton Zinfandel for John. I enjoyed the Dornfelder's bright fruit aroma and tart cherry overtones with our next small plate, big pieces of focaccia bread and dips of organic olive oil and dukkah, a wickedly addictive Egyptian dry spice blend of toasted cumin, coriander, black pepper, sesame seeds, and ground hazelnuts. The Zinfandel was big and full of juicy black fruit with a bit of pepper, and again, a good combination with the bold roasty flavors of the dukkah.

Village Vino is in soft opening mode right now, with a food menu limited to just a few items, but plans are to expand it, adding new plates over the next several weeks.