Fast Food? How About Fast Wine?

I spot the word from Broadway.

I'm heading up Columbia anyway. Catching the trolley at America Plaza. Columbia's this normally boring street between Broadway and C. Halfway up the block, there's this red canopy and sign.

It's a new cafe, Spresso, sitting in a garage building, at 1050 Columbia. 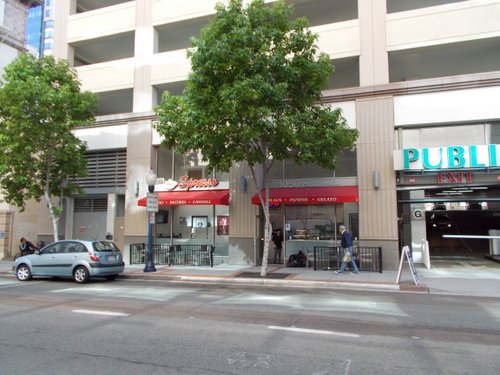 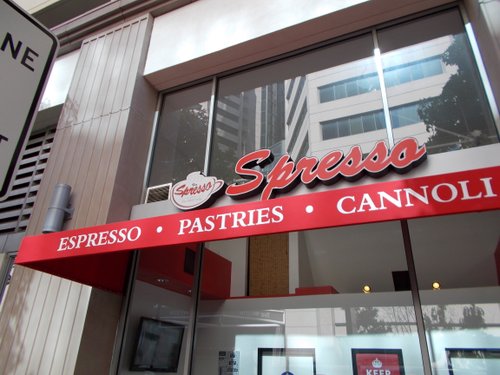 The red canopy shades one row of tables with black and metal chairs and little metal round tables.

I like the idea of sitting here where I never expected to. After all, this is down in officeland, where the town kinda peters out, along with the en-tire continent. Who else – apart from Karl Strauss – has eateries on Columbia?

Sign on the canopy reads “Espresso, Pastries, Cannoli.” Inside you can see a sign on the wall with that good ol’ English wartime advice: “Keep Calm and Carry On.”

The walls are red and white. White tables, black chairs, gray “timber” floor. The gal, Arpida (she’s originally from West Bengal) says yes, they have all kinds of Panini and flatbreads for here or to go. 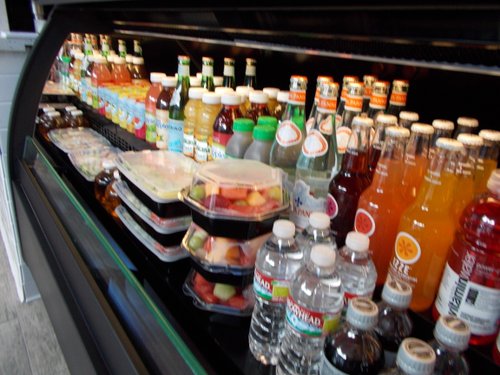 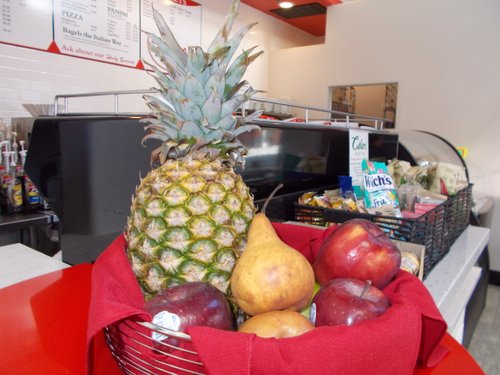 "The Caprese’s popular,” she says, trying to help me make up my mind. “It’s that tomato, basil, mozzarella combination.” 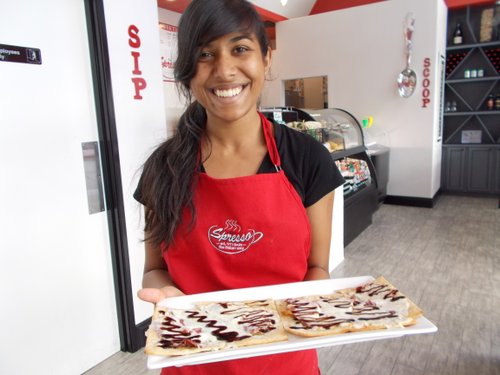 Long story short: I get an Italian flatbread, because it’s got capicola meat on top, plus buffalo mozzarella cheese, and a sexy-sounding balsamic glaze on top.

I've just placed my order when Gio comes up. Giovanni Dinunzio. He started this place up 2 months ago. “Uh, would you like coffee or beer – we have Italian beers, Peroni or Moretti. They’re $3.75. Or maybe a glass of wine with that?” 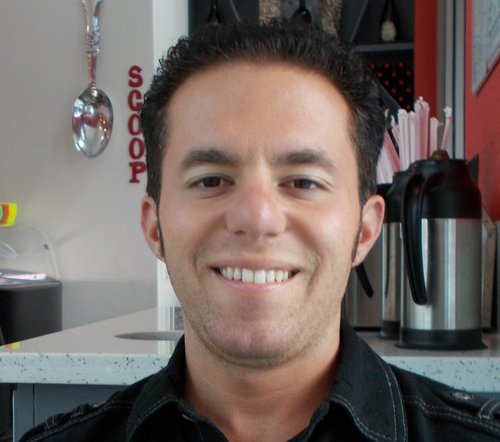 Gio pours my wine in a nice no-stem goblet and I take it outside while Arpida makes the flatbread. 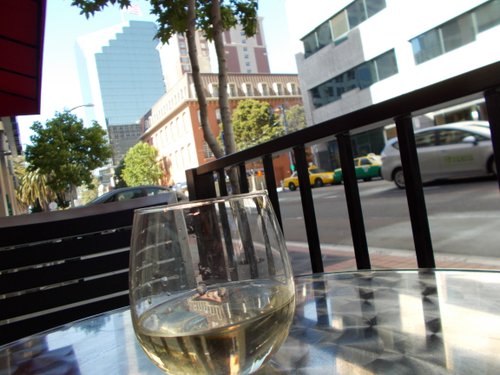 But actually I end up eating inside, because the conversation’s so interesting.

“My family already has two other Spresso places back in Sicily,” Gio says. “One in Palermo, the other in Catania, two of the main towns. This is our first in the United States. It was my idea. My dad’s very proud of me.”

He's just starting to build up his wine collection.. 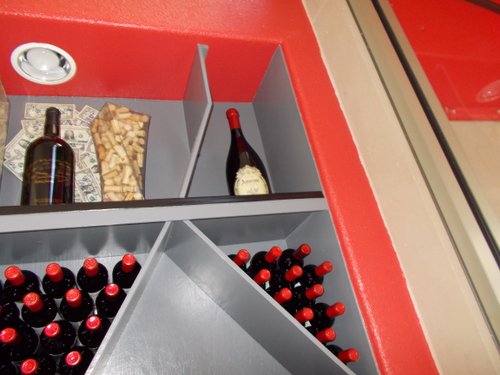 "The office crowd is our main business right now," he says. "Were open from six in the morning to six at night."

The flatbread's actually two flatbreads on a long plate. 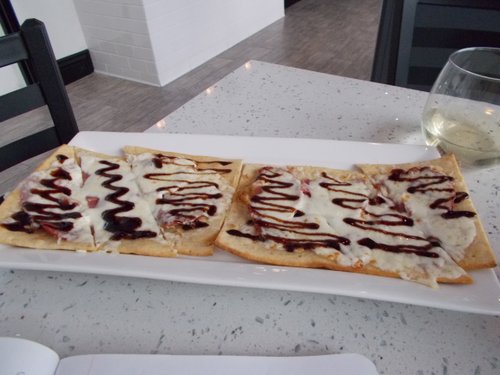 They have that sweetish capicola laid on the bread, then cheese, and the best part, the tangy balsamic glaze squiggled all over the tops.The vinegar makes it taste sharp, sweet. 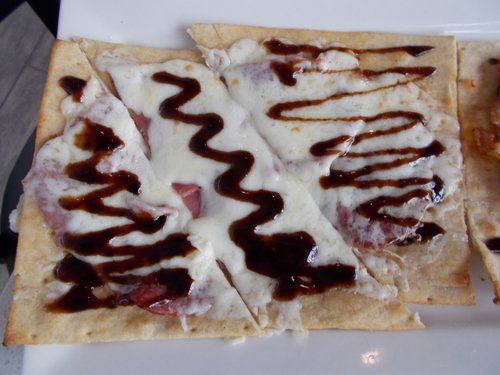 I resist the cannoli. Tho, Jeez, can't help thinking how well that’d go with the second half of my vino.

But no, gotta go. I came here to catch a trolley, didn’t I?

Anywhere with a sign that just says "EAT" is pretty much guaranteed to raise my curiosity, even if not my expectations, jaja. This looked fun though!

It's got that Italian quick-in, quick out, glass of wine's no big deal thing going that I kinda like. It's not the pub/wine bar vibe, more like an Italian Starbucks (if Starbucks could just get their act together and introduce wines to their menu. I see they tried and failed in Coronado).