Okay, it's a way-big chain, but I've met true fanatics of this sub place. It started in Point Pleasant, Jersey Shore, the kinda PB of New Joisey, an hour south of New York City. A real guy named Mike started "Mike's Subs" back in 1956, when subs were pretty new. It was a big summer vacation thing for New Yawkers.

He hired a 14-year-old high school kid named Peter Cancro as a gofer, in 1972. Three years later he wanted to retire, and the 17-year-old kid found backers to actually buy the business from Mike for him.

Fast-forward 37 years and Cancro has expanded the joint to, uh, 600 locations. And a name-change to "Jersey Mike's." They say the "secret" is the Angus beef top rounds they use and the bread they bake right there. Hmm. Have to see when they open. 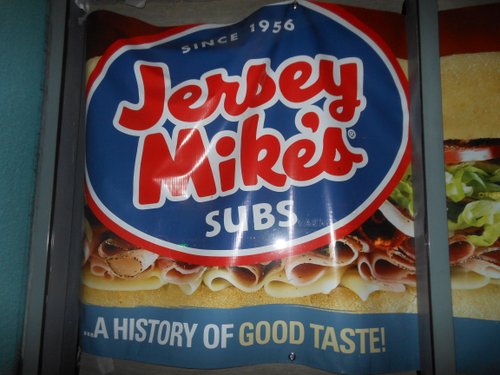 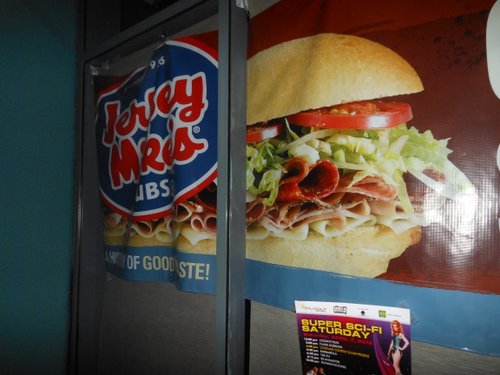 Meanwhile the space Kazumi Sushi Bar used to occupy (110 Fifth Avenue, Hillcrest) is busy behind brown paper. No word on opening date yet. 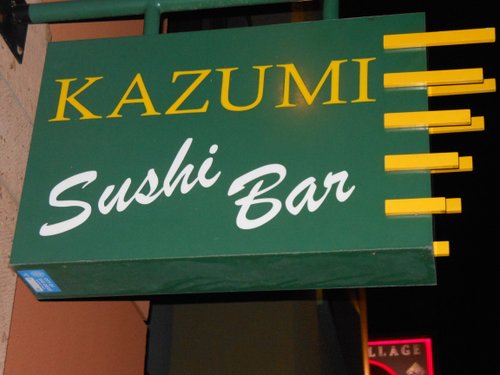 Where Jersy Mike's is going