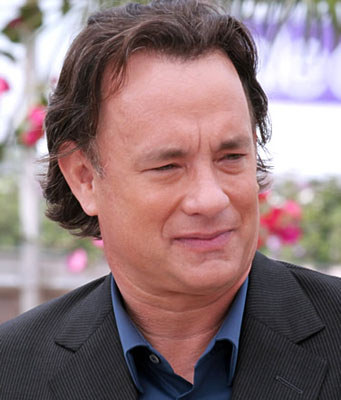 Look, it's pretty clear that God's been smiting Mel Gibson ever since Mel made The Passion of the Christ. I dunno - maybe He's mad that he didn't get more screen time than that God's tear bit.

But is it possible that God is also smiting Tom Hanks for starring in the exercise in religious deconstruction that was The Da Vinci Code? The numbers don't lie. Beginning with 1992's A League of Their Own, the guy went on a massive winning streak, making his bid to become his generation's Jimmy Stewart: the American everyman. But then he decided to debunk Jesus. And the world applauded: $125 million budget, $217 million domestic, a whopping $758 million worldwide.

It's not a terrible run, but it's nothing like what came before. More on this as it develops.