man shit like this makes me cry for Mexico, not Argentina..... 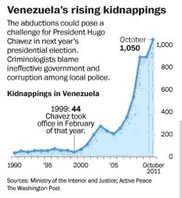 I've been following this story since it broke. There's a good video clip of Governor Osuna Milan sweating bullets as he tries to spin it his way. Most enjoyable to watch.

Over 2 Tons of Marijuana Seized Headed for Tijuana

The Mexican Army confiscated 2,300 kilograms of marijuana (5,070.6 pounds) at a checkpoint on Tuesday, June 5th. The drugs were found in a cargo trailer when it was searched on highway 3, between El Golfo de Santa Clara and Mexicali. ...

An 18 year old student was freed yesterday, June 7th, from captivity in a home in Tijuana. The man was kidnapped by gunpoint while on his way to his high school, the day before his rescue. Seven suspects were arrested ...

Tijuana Named Most Hated City in the World by CNNGo

What a bunch of Bull. Thank you crapNN for makeing iit so easy to see you are not worth the time to read. I could go on but as we say, "no gastes el tiempo en pendejos"

Tijuana has always had a PR problem. However, I live quite comfortably, more cheaply and with better food than in San Diego. It's good to know that Philadelphia has a worse murder rate than Tijuana. Why is it that the U.S. media doesn't divulge that as much as it attacks Tijuana? There's a lot of bigotry, racism, predujice and red-neckism involved in criticizing Tijuana and Mexico in general. If you aren't in the drug trade, your probability of facing a mugging or gun attack is practically nil, with the usual exceptions due to bad luck; certainly better than in Philadelphia and many other U.S. cities (and towns).

Oh boy, are they in trouble! They lost some meth that belonged to somebody else, and that "somebody else" expects to be paid for it. They could never hope to pay for that, and their prospects are slim. Please, please, follow up on this story and tell us how it comes out.

1.3 Tons of Pot Seized in Tijuana

Municipal police and army soldiers in Tijuana, belonging to the Grupo Alfa unit, seized a large amount of marijuana on Wednesday. The unit responded to a complaint about suspicious activity at a home. 1.32 tons of marijuana was found in ...

The city of Mexicali has put 100 extra police officers on patrol, following the murder of the police chief of San Luis Rio Colorado. The officers have been spread out on the outskirts of town, to search for the shooters ...

The international unit of the state police in Baja California arrested a United States fugitive Monday, May 21st. 43 year old Aaron Peter Ruddy was arrested in Ensenada after being tracked down from his use of social networks. Ruddy was ...

The Mexican peso has risen over 14 to the U.S. dollar as of mid-day Wednesday, erasing gains it made through early 2012. Euro-zone anxiety affected the peso in early Wednesday trading, as reported by the Dow Jones Newswire. The peso ...

The international unit of the Baja state police nabbed another fugitive Wednesday, May 23rd. Ernesto Daniel Chávez, a 23 year old from San Jose, California, was arrested in Mexicali where he was hiding. Chávez is a known Sureño gang member, ...

One of the most wanted drug lords in the world was possibly captured last night, May 24th, in the Sinaloa mountains. Ismael “El Mayo” Zambada García, the co-leader of the Sinaloa Cartel, was rumored to have been captured in the ...

The municipality of Tijuana has seen a steady drop in homicides over the last year and a half, with much credit due to the municipal police. While many factors have come into play for the violence dropping, much of the ...

After 11 years on the run, a top lieutenant of the Arellano-Félix Organization (AFO) was captured in Tijuana. Pedro Aguilar Ulivarría, also known as “El Pit” or “El Uno”, was arrested Friday, May 25th. Aguilar Ulivarría was wanted for the ...

U.S. Fraudster Caught in San Felipe to be Extradited

A United States citizen, who was arrested last week in San Felipe for an investment scam, will be deported to the U.S. for prosecution. 51-year-old Eric Dean Sawtelle was arrested on charges of fraud, breach of trust, and embezzlement of ...

23 former federal and municipal police officers, who were arrested in Tijuana with drug trafficking charges, were released from prison Sunday, June 10th. The former officers were part of the 56 who were arrested on July 29, 2010, in an ...