The municipality of Tijuana has seen a steady drop in homicides over the last year and a half, with much credit due to the municipal police. While many factors have come into play for the violence dropping, much of the dirty work has been done by local police forces. This is in contrast to most other major cities, where federal police and military forces are used predominantly to fight crime.

The number of homicides peaked to an all time high in Tijuana from 2008 to 2010. According to the Instituto Nacional de Estadistica y Geografia, the Tijuana metro area had 908 homicides in 2008. Different agencies reported the number of homicides in Tijuana alone in 2010 from 674 to 820. Many touted that violence was dropping in the city during 2010, but the statistics did not show it till 2011. With 478 homicides reported in 2011, Tijuana dropped off the most violent cities in the world list (Report by The Citizen Council for Public Safety and Justice /Consejo Ciudadano para la Seguridad Pública y la Justicia Penal).

Some analysts claim the drop in violence is due to the alleged truce between the incoming Sinaloa Cartel and the long time resident Arellano-Félix Organization (AFO or Tijuana Cartel). While the AFO had been the dominant criminal element in Tijuana since the early 1990’s, it had recently been weakened due to high level arrests. The arrests then led to infighting among the group which caused murders to soar.

The powerful Sinaloa Cartel took its chance to seize Tijuana, attacking while the AFO was weakened. The AFO gave up a fight, and was never erased from the city. This eventually led to an alleged truce between the groups, allowing both to operate and smuggle narcotics through the plaza. While most experts claim that the Sinaloa Cartel is calling the shots for the AFO in Baja, in recent months it appears that the AFO is strengthening ties with organizations outside of the area. If the AFO created a true alliance with a group like the Zetas, violence could erupt again in the future.

Much applause for the drop in homicides and improved municipal police force has been given to the former chief of police, Julián Leyzaola, who took control of the municipal police in December of 2008. Leyzaola took a tough stance on municipal police employees, weeding out corrupt cops and those with any ties to organized crime. During his tenure he fired and replaced more than 600 police officers. Leyzaola claims he turned down offers of up to $80,000 USD per week from the Sinaloa Cartel.

Leyzaola has also received criticism for being too tough. Claims of using torture on his own staff, as well as killing instead of arresting suspects have been abundant. Leyzaola left Tijuana for the top police position in Ciudad Juarez in early 2011.

While Mexican military and federal police do have a presence in Baja California and Tijuana, it is lower than other border cities and conflict zones. Like any municipal police force in Mexico, there are still numerous incidents, but the numbers have dropped in recent years. Federal police, while typically the most trusted force by the Mexican government, have also been abruptly moved from the city for their own incidents.

Most experts agree a trustworthy local police force is the most effective for long term results in fighting crime. Other cities are now looking at Tijuana as the model for such success. 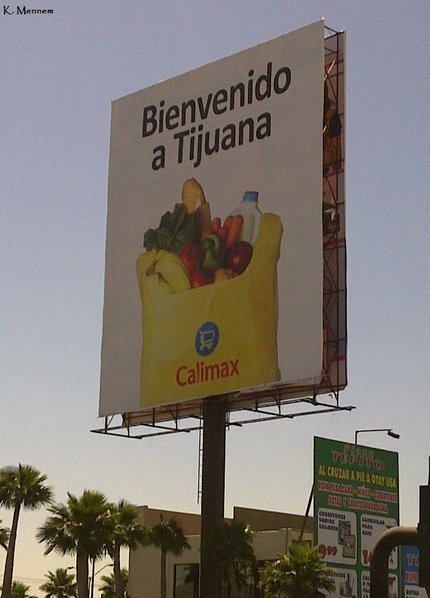 I think the fact that Leyzaola is not succeeding in Ciudad Juarez lends credence to my theory, what you call the analysts theory, that it's the truce between the cartels more than the cops who are responsible for the peace in Tijuana. I can cite you more personal examples since I live in Tijuana but for safety reasons I won't.