Backers of San Diego Republican mayor Kevin Faulconer’s proposed hotel tax hike to expand the downtown convention center and pay for homeless relief programs are courting Democrats on Facebook. “Democrats, labor unions, and firefighters all agree: Measure C is a good deal for San Diego,” says the first Facebook flight, which went up January 19. But the hotel-funded advocates, who have been slow to collect the multi-million-dollar war chest local political observers estimate may be needed to get the required two-thirds vote for the tax increase, spent just $2516 during the first six days of the run, from January 14 through January 20, on the social media platform, per Facebook’s transparency website. 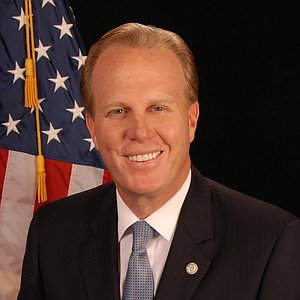 Hot on proponents’ heels is homeless advocate Michael McConnell, who on January 15 personally contributed $34,350 to his own digital advertising effort against Measure C, according to a January 16 campaign disclosure filing with the city clerk’s office.

is still carrying $8000 in debt on her campaign books as a result of two personal loans she made her committee in 2017 and 2019, a January 21 report covering the final six months of last year. In the meanwhile, a group calling itself San Diegans Against Crime, sponsored by the San Diego Deputy District Attorneys Association, is spending $10,000 on Facebook advertising for Escondido city councilwoman Olga Diaz, according to a January 21 disclosure. Diaz is locked in a tight race against fellow Democrat Terra Lawson-Remer for the Third District county supervisor’s seat... 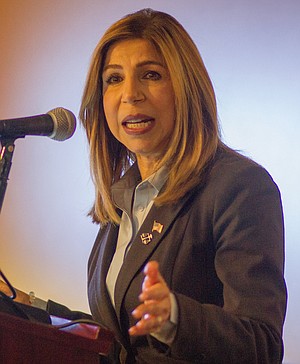 Yet another sign has emerged that San Diego party lines have begun to blur as Democrats continue to out-register Republicans. GOP Lincoln Club leader and fallen port commissioner David Malcolm, who copped a plea to conflict of interest charges and resigned in May 2003, came up with $5000 on December 27 for San Diego city councilwoman Vivian Moreno’s 2020 race for the county Democratic Central Committee. A former aide to ex-city councilman and one-time mayoral candidate David Alvarez, Moreno succeeded him two years ago in the Eighth District... Corey Briggs, running against Democratic incumbent San Diego city attorney Mara Elliott, has spent $22,500 for online services from IVC Media, LLC, run by Chad Peace, son of ex-state senator Steve Peace, according to a January 22 disclosure filing. $1650 went to Facebook and $393 to Google, the statement says. 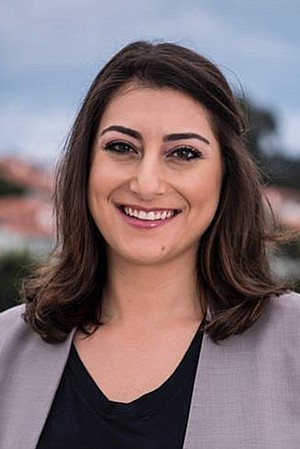 Sara Jacobs, a granddaughter of La Jolla billionaire Irwin Jacobs, continues to grow her television ad buys in the race against fellow Democrat Georgette Gomez for the 53rd District House seat now held by retiring Susan Davis, also a Democrat. A January 17 contract with TV station KFMB for the period from January 27 through February 4 reveals the purchase of 77 thirty-second spots costing the Jacobs campaign a total of $28,079. A three-page contract report from Cox Cable posted online by OpenSecrets.org shows a whopping 409 campaign commercials running there from January 20 through February 20, at a net total of $13,932. The ads are appearing on CNN, MSNBC, the Food Channel, as well as HGTV. A January 17 order with ABC affiliate KGTV with a demographic of 35-plus shows 93 spots on programs from Good Morning America to Jimmy Kimmell Live!, to air from January 29 through February 4, bearing a net cost of $18,827.

An aide to Democratic House member Earl Blumenauer of Oregon picked up a free trip to San Diego and a stay at the posh Hotel del Coronado thanks to the prosaically named National Railroad Construction & Maintenance Association. Blumenauer’s senior director of operations Jon Bosworth racked up total transportation costs of $742.54, lodging expenses of $496, and meals worth $89.06 during his two-day trip beginning January 4. “As the senior Legislative Assistant handling transportation and tax issues, this conference allows me to... learn the most recent federal updates related to the rail industry,” says Bosworth’s statement in a January 16 disclosure filing with the Clerk of the House. He apparently was one of the lucky ones to nab a room at the Del. “We have already filled up the historic Hotel Del, but will continue to do our best to provide adequate accommodations for all that attend,” wrote NRC chairman Mike Choat on the MassTransit website in November.

Many reasons that San Diego is not a good place to live.