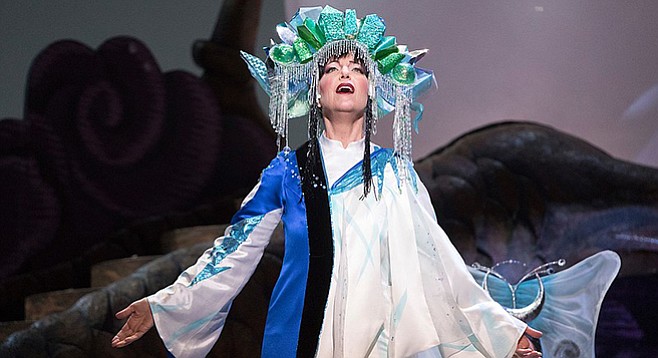 One Amazing Night at the San Diego Opera

This concert meant something

San Diego Opera closed their 2017/18 season on May 5 with a concert billed as One Amazing Night. They weren’t lying. The concert starred Greer Grimsley and Lise Lindstrom accompanied by the San Diego Symphony and conductor Jerome Shannon. Baritone Greer Grimsley’s company debut was as Telramund in the 1999/2000 production of Lohengrin. Since then he has excelled at roles in Tosca, Salome, Fidelio, Faust, Samson and Delilah, and The Pirates of Penzance.

Soprano Lise Lindstrom made her company debut as Turandot in the 2010/11 production of Turandot. She returned the next year in the title role of Salome and then reprised Turandot this year. Lindstrom was scheduled to sing in the production of Tannhauser which was canceled in 2015. She was featured instead in the 50th Anniversary Gala the same year.

After the orchestra opened the night with an energetic overture from Rimsky-Korsakov’s Ruslan and Ludmila, Lindstrom sang a glorious excerpt from Richard Strauss’s Ariadne auf Naxos, then Grimsley sang from Wagner’s The Flying Dutchman. Game over. There is only one problem with putting Wagner near the top of the concert — almost anything which follows comes off as inconsequential.

Greer Grimsley in The Flying Dutchman 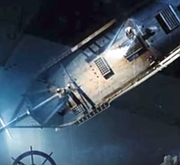 I’ve been accused in these pages of having an unfair bias regarding Grimsley’s singing. After hearing him demolish the Balboa Theatre with Dutchman my bias in his favor has only increased. I deliberately sat in the top row of the balcony and from that distance, the virility of Grimsley’s tone was undiminished. The rest of the concert was fantastic, but there was nothing which could hang with the Wagnerian intensity.

The orchestra played the intermezzo from Puccini’s Manon Lescaut, after which Lindstrom and Grimsley sang the first act duet between Scarpia and Tosca. I enjoyed the warm texture which Lindstrom added to her singing for this section and, indeed, for the rest of the concert. The tone was remarkably different from her Turandot performances.

The orchestra played the overture to Verdi’s La Forza del Destino to open the second half. It was okay. When Verdi summoned the lightning, maestro Shannon kept a lid on it. A scene from Verdi’s Macbeth followed, and then we were into the “fun” part of the show.

Selections by Franz Lehar, Lerner and Lowe, and Rodgers and Hammerstein concluded the evening. Hearing these pieces in such close proximity convinced my ear that the American musical theater is in many ways a continuation of Austrian light opera. I left the concert with the feeling that I had witnessed something of immense consequence. It’s difficult to pin down but this concert meant something.

You did witness something of immense consequence: a pastiche of a little-bit-of-everything was called, falsely, San Diego Opera.