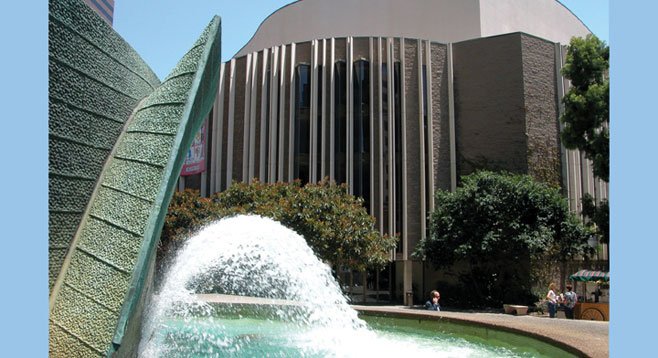 San Diego Opera was founded in 1950 to present San Francisco Opera productions in the San Diego community, and became a producing company in its own right in 1965 with its first staging of La Bohème in the then-new Civic Theatre. From 1965 to his death in 1975, founding general director Walter Herbert produced a balance of standard repertoire and new works.

Ian Campbell, Assistant Artistic Administrator at the Metropolitan Opera, succeeded Capobianco in 1983. Mr. Campbell immediately brought the company to fiscal stability and has achieved a balanced budget every year since. While maintaining financial stability and increasing the audience base, Campbell expanded the season, instituted a concert program to bring major international stars to San Diego, and launched the North American Voices Project. Campbell also expanded San Diego Opera’s educational outreach into the largest and most diverse offering of any American opera company.

San Diego Opera’s acclaimed productions regularly bring internationally renowned artists to perform throughout its five-month season. Its award-winning Operation: Opera program is one of the most extensive and diverse opera education and outreach programs in North America, bringing music and arts to 100,000 schoolchildren in San Diego County and northern Mexico. The North American Voices Project, instituted in 1993, became a model for opera companies throughout the United States, adding contemporary American operas to complement the traditional repertoire each season.

In December 2013, San Diego Opera was one of 895 nonprofit organizations nationwide to receive an National Endowment for the Arts Art Works grant of $45,000, which the Opera group used to support audience engagement for March 2014 performances of Verdi’s A Masked Ball.

However, in early 2014, it was announced that the April 13th performance of Don Quixote would be the final performance of San Diego Opera, as the company announced plans to shut down all operations by June 30.

In mid-April, Carol Lazier, the former Secretary of the Board, became acting President after President Karen Cohn resigned along with 12 other Directors in a board meeting that lasted over four hours.

At a duly convened meeting on April 17, 2014, by vote of the Directors constituting a majority of the required quorum for such meeting, the San Diego Opera Association deferred its previously announced April 29 date for closure of operations to at least May 19, 2014 to permit the reconstituted Board and the Special Committee led by Carol Lazier to explore opportunities to continue the Opera Association's mission.

In late 2014, after 35 years with the Opera, Resident Conductor Karen Keltner announced her impending retirement.