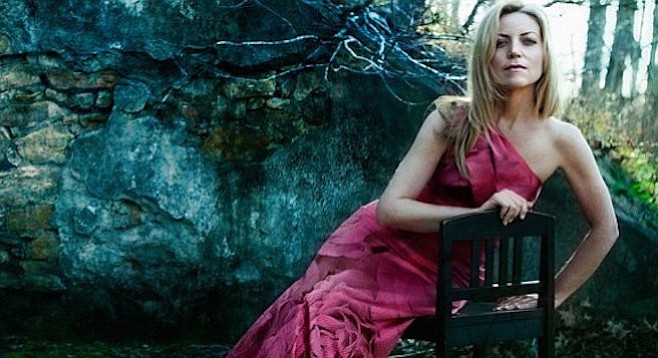 This is a legitimate big-voice opera

San Diego Opera’s big one is almost here. Turandot is making a triumphal return to The San Diego Civic Theater. Warning: This is a legitimate big-voice production of Puccini’s final opera.

Lise Lindstrom sang the role of China’s ultimate ice princess for San Diego Opera during the 2010-11 season. At the time she was hands-down the best Turandot San Diego had ever heard.

The story back then was Ms. Lindstrom had escaped the confines of the San Francisco Opera Chorus at an age when many have resigned themselves to being a face in a crowd. She launched a meteoric career which gobbled up the largest and most demanding roles in the soprano repertoire such as Salome from Richard Strauss’ opera of the same name and Wagner’s indefatigable Brünnhilde from Der Ring des Nibelungen. 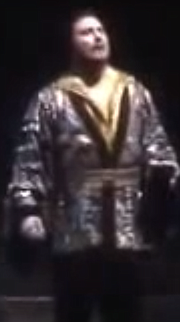 Since 2011 Lindstrom has returned to San Diego twice. The first was in Salome during the 2011-12 Season and then again for the 50th Anniversary Gala which was the crowning jewel in the effort to save the San Diego Opera after its near demise in 2014. This May she will be joining forces with snarl-tone Greer Grimsley for a concert at The Balboa Theater which might demolish the old movie palace—because they have big voices.

Singing Calaf, the heroic tenor, is American Carl Tanner. If you need to have the paint stripped from any surface I would recommend Mr. Tanner as a contractor. He could “Nessun Dorma” and take any surface down to the studs.

This is the third Turandot I’ve experienced at San Diego Opera and Mr. Tanner is, hands-down, the most exciting Calaf SDO has had during that time period.

So far this is a “hands-down” production of Turandot.

Singing the role of the doomed, innocent, Liu is Southern California soprano Angel Blue. Ms. Blue made her Metropolitan Opera debut earlier this season with the role of Mimi in Puccini’s La Boheme.

San Diego Opera has chosen a newer production for this Turandot. Those patrons who have seen the previous design three times in a row can look forward to an updated take on the medieval Chinese fantasy realm.