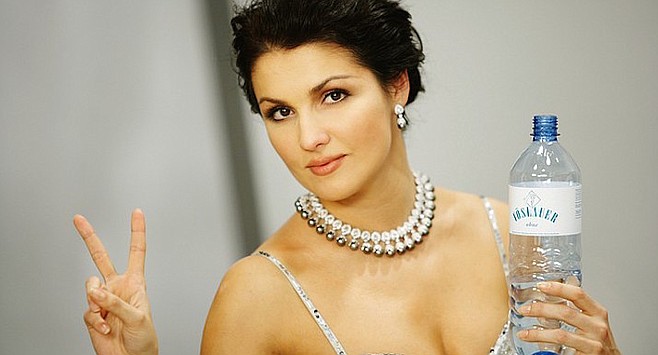 Because of few operatic opportunities in San Diego County it is easy to forget that there is a great big world of opera out there. In that great big world there are some great big singers. I’ll spare you the great big Pavarotti play on words, or did I just obliquely make it?

No singer today is more significant than Russian soprano Anna Netrebko. Netrebko made her reputation in the lyrical soprano repertoire with roles such as Violetta in La Traviata, Mimi in La Boheme, and Adina in The Elixir of Love. In addition to those perennial favorites, Netrebko has flourished, as could be expected, in Russian opera roles such as Tatiana in Tchaikovsky’s Eugene Onegin. 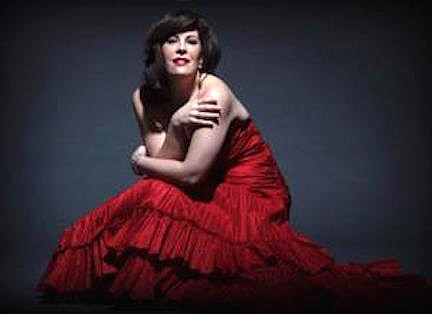 This year has seen Netrebko move toward the rarified space of dramatic soprano with roles such as Elsa in Frozen, pardon me, Elsa in Wagner’s Lohengrin, and the title role of Verdi’s Aida. She has just announced that she will be adding a few more new roles for the 2017-18 season.

However, two of the roles she is adding lean more toward the lyric soprano than the dramatic. Netrebko is taking on Leonora from Verdi’s The Force of Destiny and Amelia from Verdi’s A Masked Ball.

The other new role on the schedule for “Trebs” is the title character in Puccini’s Tosca. Tosca moves her back toward the dramatic side. Her debut in Tosca will be in a new production at the Metropolitan Opera in New York.

Netrebko as Tosca is a big deal but her performance will not be the one broadcast in HD to movie theaters across the country on January 27, 2018. The soprano for that performance is the Bulgarian Sonya Yoncheva.

Regarding that great big world of opera out there, this season Netrebko was supposed to perform the title role in Bellini’s Norma at The Met. She decided against learning the role which forced the Met to find a different soprano, Sondra Radvanovsky, which forced the Vienna State Opera to hire Netrebko to replace Radvanovsky as Leonora in Verdi’s Il Trovatore.

These changes also forced The Royal Opera Covent Garden in London to switch their casting along with Dallas Opera. A star as bright as Netrebko can create a far-reaching shuffle in the international lineup of singers.

As an aside, the Met is the best representation of the size of the opera world. Based on the current state of affairs it will take San Diego Opera over 18 years to put on as many mainstage performances as the Met is putting on in 2017-18 alone.

Of course, The Met’s annual budget is over 40 times greater than San Diego Opera’s.

Netrebko... what a woman.