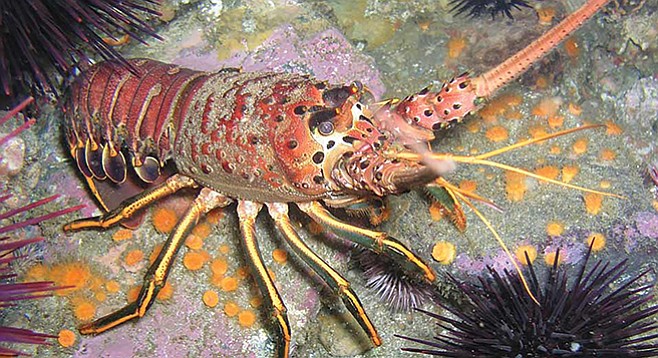 This October first, a lot of divers and boaters will enter the ocean in the dark during the first hours of the month with one thing in mind: lobster. When you hear “lobster,” most think of a large clawed greenish-brown and red ocean “bug” like those in New England.

Our local lobster, the California spiny lobster, has no menacing claws. They have spindly-looking, non-threatening grabbers at the end of their forelegs made more for plucking tiny scraps to their mouths. The spiny lobster possesses a large tail to escape with and strong side legs for long-distance travel.

The average-sized spiny lobster is about 12 inches in length and just over a pound. The risk of predation is greater for the California spiny lobster than other lobsters in that they travel further and might walk up to 600 meters a night in search of the worms, bits of dead fish, and urchins they eat. Unlike most other lobsters, the spiny lobster doesn’t return to a “home hideout” and will find any suitable hole in the rocks to spend the day in hiding. With one thrust of its powerful tail, a spiny lobster can escape threat if there is a crevice or hole nearby. This makes catching one by hand difficult.

Lobsters are a seasonal catch here; in early spring, they move into shallower water to reproduce and remain off limits until the Saturday preceding the first Wednesday in October. Season remains open through the first Wednesday after March 15. Divers may only take lobsters by hand. Commercial lobster anglers may use traps, though hoop nets may be used by recreational anglers. Sit-on-top kayaks and paddleboards using hoop nets have grown over the past two decades; local sportfishing operators offer nighttime hoop-netting trips through the season.

Riding an open party boat is a way to see if “bugging” is for you; the trips are around or under $50 and the boats usually have hoop nets to rent. Most landings, tackle shops, and Walmarts have hoop nets.

The daily bag and possession limit is seven lobsters. This includes any lobster stored at home or elsewhere.

Hi friends! You want to catch more spiny lobsters? Well, get one of these and when that bugger goes under a rock, shove it in there and bring back your bug! 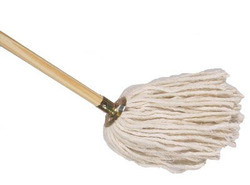