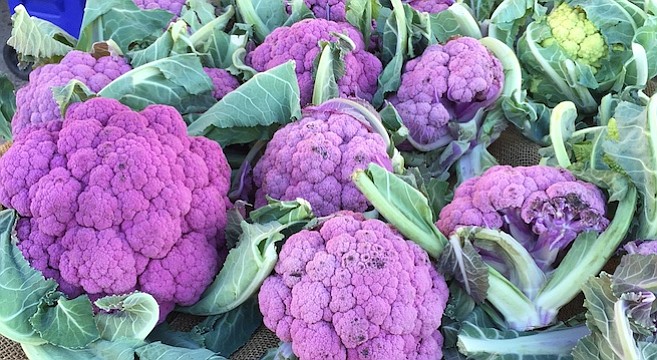 All those paleo and Atkins diets

"Act of God,” is what Produce Alliance recently posted about cauliflower, “DEMAND EXCEEDS SUPPLY. We are seeing high prices and NON-EXISTENT supply. The crops in Yuma are very slow and the cauliflower growth rate is slow.”

Since 1996, Produce Alliance specializes in providing distribution services and fresh-produce procurement to clients in the foodservice industry across mainland U.S.

“I just paid $9.99 for a head of cauliflower in New York City!!” posted carolerene on the Reddit website.

Others from different states, on the same thread which started approximately a month ago, weren’t so fortunate, and ranted that their local stores did not have the vegetable in stock or upped the price.

San Diego on the other hand, has plenty of cauliflower.

At the Pacific Beach Tuesday Farmers Market on Jan. 12, three of the vegetable vendors present had organic cauliflower in stock.

“Prices are high because of the weather. Cauliflower got a late start this season because of the dry and hot weather in August and September, when cauliflower begins to be planted in California,” said Robin Taylor, the co-owner of Suzie’s Farm in Imperial Beach, “and then the freezing temperatures starting in December extended the growing time from 90 days to 120 days.” 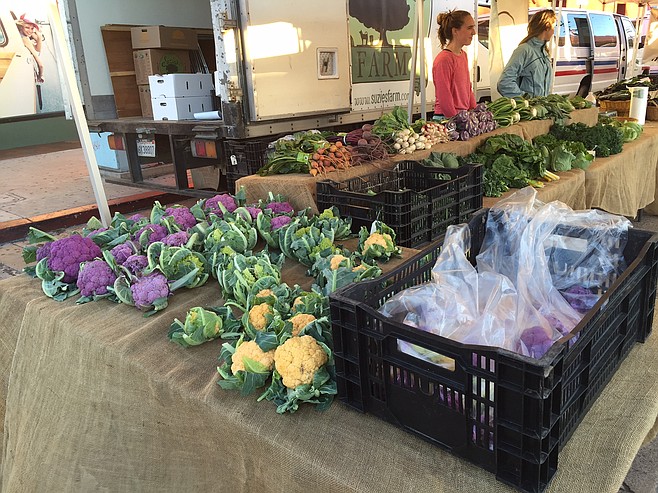 “We sell them in a case which either has 9, 12, or 16 heads and the case is the same price, just the number of heads is different, said Taylor. “At the lowest of the market is could be $18 [per case], and the highest it could be $60 [per case]. The prices change daily when there is this much demand.”

Yahoo (finance) relayed similar numbers by posting the USDA chart on their website on Christmas day 2015, which showed that cauliflower wholesale prices have almost tripled from the summer just months prior, to winter 2015. 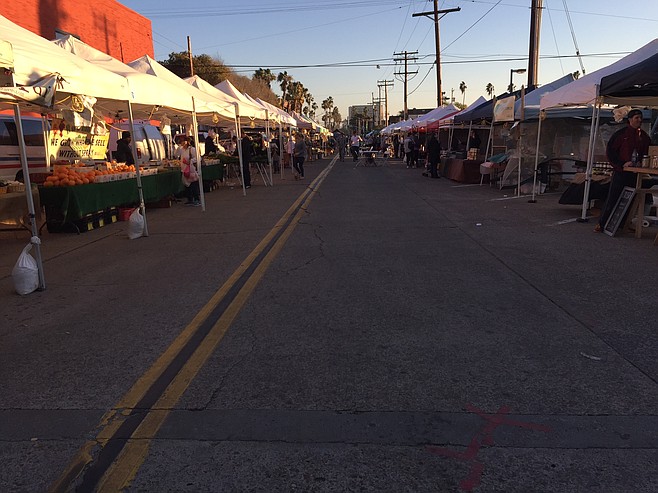 Goyo Rodriguez from JR Organics, trekked in from Escondido to also sell in Pacific Beach, he stated that his organic cauliflower has jumped approximately from $3 per pound to $4 per pound since last year. For the local low-carb foodies, that extra dollar per head will add up quickly, as cauliflower is a common substitute for rice to many on the Paleo and Atkins diet regimens, because the vegetable can be chopped into small pieces that resemble the feel of rice, with way-less carbs and plenty of Vitamin C. Across from Rodriguez was the Masala Cottage booth selling Indian food, including Aloo Gobi, a vegetarian curry in which they utilized cauliflower as the main ingredient for $7 per serving.

“This will all change shortly,” said Taylor, “since Holtville California, where a majority of the cauliflower is planted, will start harvesting.”

Cauliflower is the only vegetable that I can live without. It's good, but so is a lot other stuff. Who can tell me why fennel (bulbs) and snow/snap peas are hard to find and expensive? I need those in my life, affordably and consistently!

Who knows where to find them, and at what price? One little fennel plant sold at Von's for $3.50, and snow/snap peas were $6/lb. Too much! Any better prices anywhere?

Fennel grows in my yard like a weed. Maybe I should start cultivating it.

Or plant some cauliflower...

Thanks, but you are talking about anise. It grows like a weed everywhere in San Diego. Fennel is in the same family (Apiaceae) but is a different genus and has an edible bulb-shaped lower stalk.

The two plants look somewhat alike. Their finely leafed above-ground stalks have leaves that look alike (sort of like dill), and they smell alike (like licorice). But only fennel has the edible bulbous enlarged stalk, right at ground level. Both plants' seeds are used in for cooking and teas, with fennel seeds being the best for cookies.

In some grocery stores, some Hispanic workers incorrectly call the fennel bulb "anise." Wrong! That happened last night at the Pancho Villa store on El Cajon Blvd. The label in the produce section said "fennel- $1.99/lb" but the cashier rang it up as "anise."

By the way, there was only one fennel bulb for sale there! I found it at Pancho's after checking the North Park Farmer's Market, where none of the growers had fennel, knew nothing about it, and one man representing one farm didn't even know what it was. Go figure! The plant has been around and used for food since biblical days and later (Pliny the Elder wrote about it extensively).

The Italian word for fennel is "finocchio." Buona Forcetta has a delicious salad with sauteed finocchio.

Here's an article describing the intro of fennel, in 1993, to US produce markets: https://hort.purdue.edu/newcrop/NewCropsNews/93-3-1/fennel.html

The NP Farmers' Mkt had tons of cauliflower, ridiculously priced.

I don't know where they are buying cauliflower but I paid $1.29 for a small head just the other day at Windmill Farms