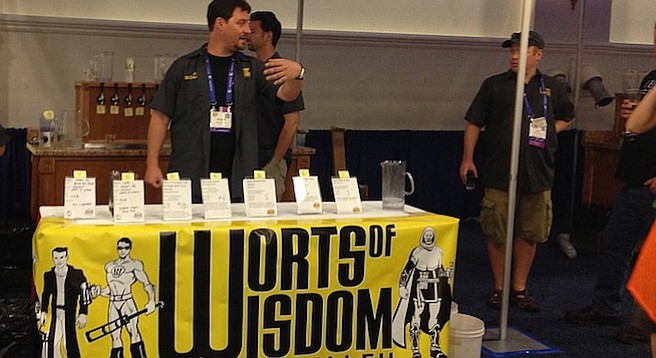 Homebrewers convention drew some nerds last week — what of it?

The population of beer enthusiasts in San Diego rose by 2700 for a week in June. The 37th annual National Homebrewers Conference took place in Mission Valley's Town & Country convention center. The actual event ran from June 11–13, but many amateur brewers showed up early to visit local breweries prior to the conference's exposition, seminars, and homebrew competition. 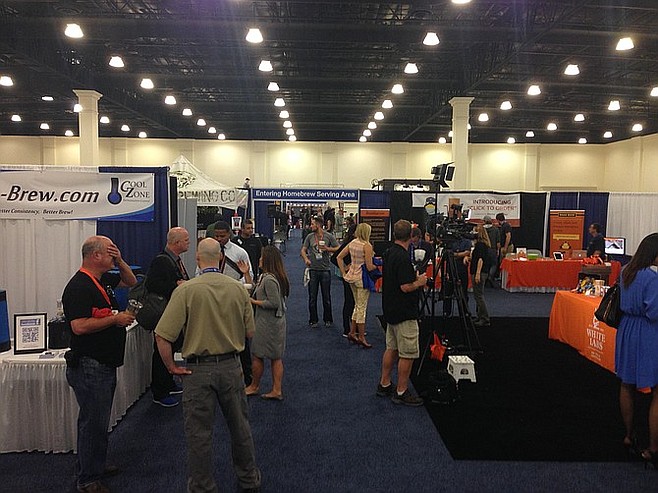 On the convention floor

Organized by the American Homebrewers Association, this was the second time in five years San Diego hosted the event, which took place last year in Grand Rapids, Michigan.

Mike Sardina, vice president of the San Diego Brewers Guild, calls it "Kind of rare for a city to host it again that close. I think the excitement at the number of breweries in San Diego played a role."

Many of the amateur brewers attended with their homebrewing clubs from around the country. Kevin Podsaid attended with the Motor City Mashers, out of Michigan. “I thought it was better than Grand Rapids, and that's my home area!" said Podsaid.

Like the Mashers, many clubs brought their own beer to share, taking turns offering tasters on the expo floor and gathering for Friday's Club Night, a festive drinking event involving kilts, capes, Viking helmets, and other costumes.

Local clubs also took part, including the Temecula Valley Homebrewer's Association. Danny Santamarina says this group has been meeting weekly for more than 30 years, dating back to its establishment by Temecula native and Russian River Brewing Co. founder Vinnie Cilurzo. He says the point of such gatherings is "Talking about beer, and working together to make it better."

Scott Satterthwaite served homebrew with his club, Worts of Wisdom, a Silicon Valley group that holds weekly meetings at LinkedIn headquarters in Mountain View. He also served as a judge in the competition, where 949 regional finalist entries were judged in 28 categories, including lagers, ales, meads, and stouts.

Satterthwaite says some contestants prepare year round for the competition, but it's not all about winning medals. "Part of the fun," he says, "is getting feedback.... Somebody has put their heart and soul into a beer, and they might have missed the mark a little bit. So you want to tell them, ‘Here's where you did really well, here's areas you might improve on.’”

Master cicerone Pat Fahey led a seminar called “Sensory and Flavor Training for Brewers,” describing tasting techniques and the science behind common off-flavors that can corrupt the product. He called this information "Kinda cool. Also kinda nerdy…. But you all are homebrewers, so that's where you fall," he joked.