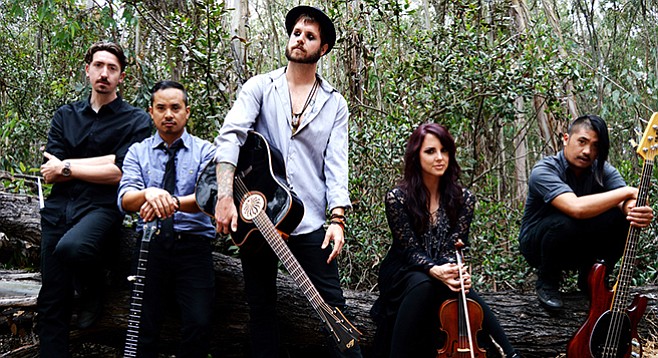 How to tour Europe and come home with cash, and other advices from the local gypsy-rock act

Follows is some “how to” advice from San Diego band Quel Bordel. 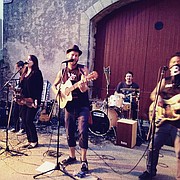 ...off of Quel Bordel's Caravan Treasures

How to get a tour in the south of France and come home with money: Quel Bordel singer/guitarist Jakovich Skolnick met the band BandapArt in their native France a few years ago. Quel Bordel (literally, “what a whore house,” but usually means “what a mess”) has the shared gypsy/funk high-energy vibe first introduced by Gogol Bordello and also adopted by BandapArt. Skolnick invited BandapArt over for a shared U.S. tour last year. BandapArt returned the favor this year. Quel Bordel just returned from a three-week, 15-show tour with BandapArt playing rural towns such as Bédarieux and Montpellier.

“We raised about $5800 from a Kickstarter campaign because round-trip tickets are, like, $1500,” says singer/violinist Regina Brown. “When we were there we stayed with the families of the band.... We’re going to have them back in 2016 and then we’ll both do a full-on European tour in 2017.”

How to develop an original band cachet yet get paid like a cover band: “We started as a cover band playing covers of Dropkick Murphys, Flogging Molly, and Mumford & Sons,” says Brown. That allowed them to get residencies at Dublin Square and the Field downtown, Hennessy’s in Carlsbad, the Harp in O.B., and the Shamrock in Murietta, commanding the kind of cover-band guarantees that all-original bands don’t usually receive. Over the years Quel Bordel integrated new songs into their repertoire while keeping their venues packed with fans of the band. “Now we’re an original band that happens to play some covers.”

Quel Bordel appears Sunday from 2 until 4 p.m. at the Baconfest pre-party at the Deck in the Gaslamp; and on Saturday, September 5, at Baconfest in Liberty Station.