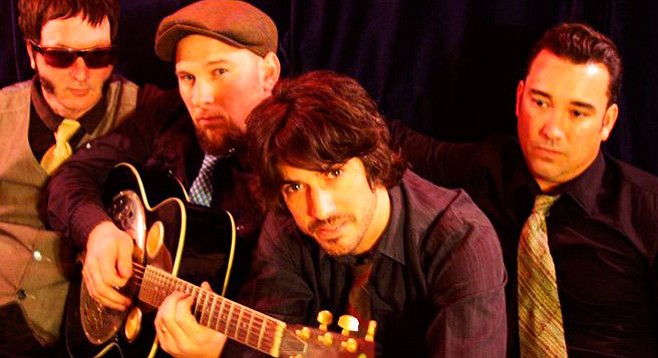 San Diego’s space-rock–inspired Shake Before Us will play the Cosmic Trip Festival in France next month. “We will be playing ten shows in five different countries,” singer/keyboardist Will Lerner tells the Reader.

“We were approached by the organizer of the Cosmic Trip Festival, after which his booking agent set up the remainder of the tour. The organizer is Fred Rollercoaster, the baritone sax player for King Khan and the Shrines. We met and became friends after opening for them at the Casbah [in October 2013]. He and his booker have worked hard to get us over there.”

The band will launch their first overseas trek May 6 in Trento, Italy, moving through Switzerland, Belgium, the Netherlands (where they’ll share a stage with the Gories), and doing several dates in France, finishing with the Trip Festival.

As for preparations, “I think the main thing we have to leave behind is Fonda’s drum kit and Jesse’s 1965 super reverb,” says Lerner. “You really have to pare things down to make room for merch and the must-haves. We got some advice from Swami John Reis and Gabe Messer from Harsh Toke as to how to manage bringing gear, as well as some customs advice. Luckily, there are no visas or shots needed to tour mainland Europe.”

Retox: "Die In Your Own Cathedral"

Also storming Europe this month is Justin Pearson and Retox.