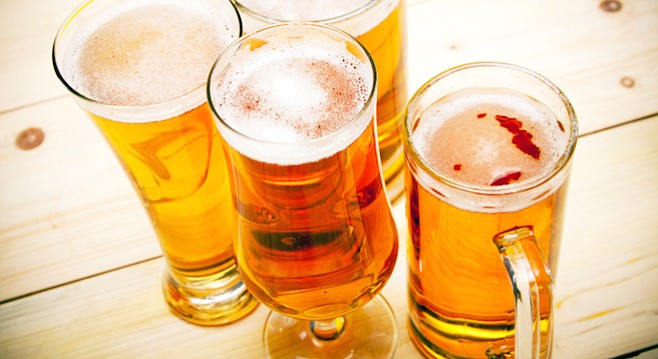 Bagby Beer & Stone Brewmasters Lunch: If there are all-stars in the brewing community, Jeff Bagby and Steve Wagner qualify. The latter is inviting the former to his digs at Stone Brewing World Bistro & Gardens, so he can show off brews from his new brewpub. Bagby Beer Company, with special Stone beer and food. | Stone Brewing World Bistro & Gardens, 1999 Citracado Parkway, Escondido, 12 p.m.

Fishing with the Brewers II: There are a lot of beer bars in San Diego, but only Fathom Bistro is on a pier with the means to allow brewers and beer fans alike to share time, suds, and conversation while casting their lines to fell aquatic prey. Enjoy a day of fishin’ with the likes of Ballast Point Brewing & Spirits and Avery Brewing Company. | Fathom Bistro, 1776 Shelter Island Drive, Shelter Island, 9 a.m.