Shepard, who long has had access to city decision makers via his wins for Republicans, including mayors Susan Golding and Jerry Sanders, kept his string of victories going this year by signing on with Democratic congressman Bob Filner, who edged out GOP city councilman Carl DeMaio in the race for mayor. 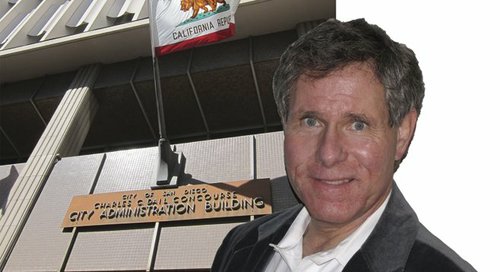 On October 30, according to a lobbyist disclosure filing posted online by the San Diego city clerk's office, Shepard's company has been retained by American Medical Response Ambulance Service, Inc., to lobby for a city emergency medical services contract.

In May of last year, city auditor Eduardo Luna released a highly critical report about the city's incumbent EMS provider, Rural/Metro of Scottsdale, Arizona, which has long enjoyed a cozy relationship with GOP mayor Sanders and other local politicos, making major contribution to their electoral initiatives, including a failed bid by Sanders to raise city sales taxes.

Thus the battle over a new EMS contract seems likely to hinge at least in part on who knows who around city hall.

State records show that American Medical Response has given heavily to both the San Diego Democratic and Republican parties this year, though its most recent contribution, made October 31, was $5,000 to the GOP Lincoln Club, which backed DeMaio and the losing Republican city council bid of Ray Ellis in La Jolla.

As we reported October 3, in July Shepard's firm also picked up the lobbying business of PCL-Turner JV, a general-contractor and construction-management joint venture vying for the contract to build the city's convention center expansion. Shepard told us then that he was unaware of his company's new client.

At one point during the mayoral campaign, Filner said the expansion's funding plan represented “the most blatant giveaway of public money that I’ve seen in decades," but later vowed to see the project through to fruition.

According to Public Policy's third quarter disclosure report, filed October 30, the firm was paid $1,000 for its convention center work.

In addition to Shepard's ties to Filner, Public Policy employees were involved in the mayor's race through contributions they made to DeMaio. The report shows that Phil Rath gave $1,000 to DeMaio on August 23. Two days later, Rath and the firm's Kimberly Hale Miller hosted a DeMaio fundraiser that brought in $3,300.

Shepard reported being paid $26,000 for his Filner work.

Must be nice to have all that influence.