That $500-a-head fundraiser thrown last night by the downtown lobbying shop of Public Policy Strategies - an influence peddling boutique owned by Tom Shepard, who was Bob Filner's chief campaign consultant in his victory over Republican city councilman Carl DeMaio - has drawn additional interest in the hours since we wrote about it here earlier today. 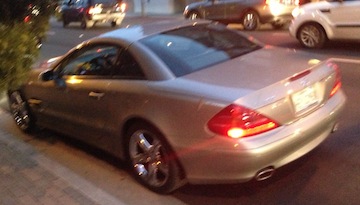 As noted this morning:

Shepard’s lobbying outfit counts among its clients San Diego Gas & Electric as well as Turner Construction, which according to a recent disclosure has hired Shepard's firm to clear up any remaining obstacles at city hall to the construction of Qualcomm founder and billionaire Irwin Jacobs's controversial Balboa Park parking and traffic makeover.

Also pulling up to the curb for the event was Nancy Chase, a longtime friend and associate of Shepard's dating back to their days together as political intimates of fallen GOP mayor Roger Hedgecock. Chase, who runs the controversial Gregory Canyon solid waste project of her late husband Richard Chase, as well as her own contract lobbying company, was an early Filner donor.

Her daughter Molly was recently named a $40,000 a year city "protocol officer" by the mayor.

When reached by phone this afternoon, Shapiro confirmed his paid attendance and told us that two of the city's top super-lobbyists were also at the event: Republican Paul Robinson and land use consultant and lobbyist Marcela Escobar-Eck.

Robinson, who is on the board of the GOP Lincoln Club, was a major backer of DeMaio. The downtown attorney, who is also a member of the San Diego County Regional Airport Authority board, has long been employed by Republican hotel magnate and Union-Tribune owner Douglas Manchester, who has engaged in a years long environmental and permit battle with city hall over his Grand del Mar resort complex

Another longtime Robinson client is Irwin Molasky, the Las Vegas development mogul associated with the late mobster Moe Dalitz; Molasky has been building a new FBI building here for the United States General Services Administration. As we've previously reported, the project - backed by DeMaio, a major beneficiary of Molasky campaign money - has an intriguing history.

Escobar-Eck formerly worked as development services director for the city of San Diego; she departed at the time of fallout from the so-called Sunroad scandal of the Jerry Sanders era.

These days Escobar-Eck has a full plate of controversial lobbying business, as reported here last spring by Dorian Hargrove.

Meanwhile, next up: DeMaio throws his own fundraiser next Tuesday.

Chin up. Filner's not opposed to transparency, is he? In the struggle over whistleblowing, if he can hack that, cool. I don't expect him to change his stripes and not be a politician, in reference to the cushy $40,000 job he was able to give some deserving young person. That's that political favors they pay back. As far as mobsters, everybody wants to live here. I mean, I wouldn't know ém from Adam. In the event you provide names, do you also publish their pictures?