55 International Fugitives Captured in Baja During First Half of 2012

Statistics released by the state of Baja California reported that 55 foreign criminals were apprehended, by the international unit of the state police, in the first 6 months of 2012. Alfredo Arenas Moreno, Coordinator General of the International Liaison of the State Preventive Police, stated that 485 international criminals have been caught since 2002 when the department was created.

The states international criminal unit works in coordination with the United States FBI, Border Patrol agencies, and the U.S. Marshals. Information on wanted criminals is shared collaterally, which helps in finding wanted suspects. The vast majority of the foreign criminals apprehended are United States citizens.

Joint investigations also led to the discovery of two narco-tunnels in Tijuana, which were intended to smuggle narcotics and people, in the month of July.

In June, a San Bernardino jail escapee and a known Mexican Mafia member were captured in Tijuana by the unit.

The first half of 2012 produced the highest number of foreign fugitives captured in a 6 month time period for the department. Information from the Mexican unit has also led to arrests in the United States. Statistics for these apprehensions have not been released. 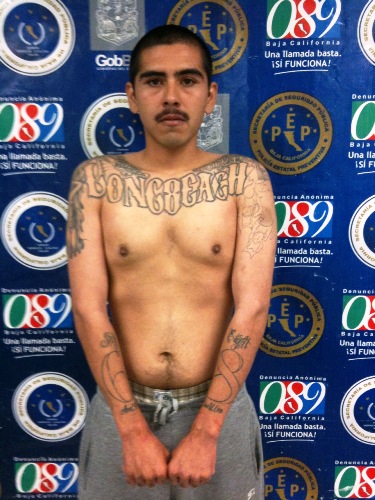