He posted a photo of him and ex-mayor and developer champion Jerry Sanders together in North Park.

The two are strange bedfellows for sure. One has to wonder what they had to discuss on a Sunday afternoon....

Perhaps their seemingly successful campaign to boot Mayor Filner so City Council could push the Plaza De Panama Project through?

Perhaps the claims of sexual harassment being made by Sanders ex-chief of staff?

Who knows, but the meeting is certainly strange in light of the political ongoings of late.

One has to wonder if the lynching of Filner was all planned. 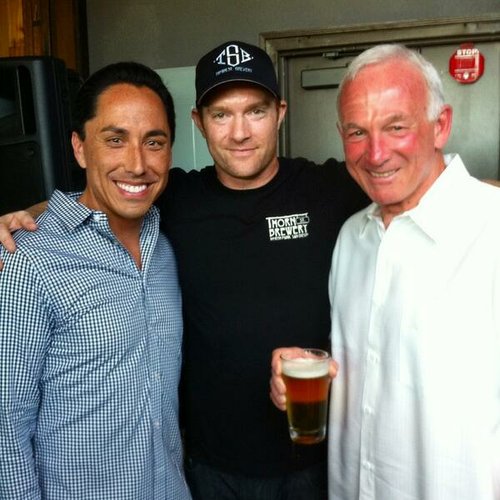 This was the grand opening of this pub, which had a soft opening earlier this year. The former mayor had long stated he would attend, and Gloria does show up at various North Park events, because he is the representative on the council. He would have an understandable motive to associate himself with a recent mayor not currently under investigation, who has a pleasant demeanor.

Of course one has no way of knowing how long or of what they spoke, so you may be correct. On the other hand, it does not seem on its face to be suspicious.

All I can say is, Dennis looks great and the Imperial IPA is quite floral :)