Padres manager Buddy Black has his 2014 and 2015 options picked up by new ownership group.

On Monday, the San Diego Padres announced that they picked up the options on manager Buddy Black's contract. The original contract was extended back in 2010, to run through 2013 with club options for the 2014 and 2015 season.

Now, with those options picked up by Padres new ownership, Buddy is set to be the Padres skipper at least through the 2015 season. Black is also a graduate of SDSU in 1979 after playing baseball for the Aztecs over two seasons.

He then went on to a very successful career in professional baseball, pitching for 15 years in the majors with five different clubs. Buddy compiled a total record of 121 wins against 116 losses, with a 3.84 lifetime earned run average, and helped the Kansas City Royals get to the World Series, which the Royals won in 1985.

“I am honored and humbled by the faith Josh and our ownership team have shown in me, the coaching staff and our players. I am extremely proud to be part of this organization, and I’m excited to continue working with ownership and our baseball operations team toward achieving our ultimate goal: bringing a championship to the great city and fans of San Diego,” Black said according to a Padres press release.

The announcement was made by Padres General Manager Josh Byrnes. “Buddy has a keen insight into team dynamics and creates a great environment for the players and coaching staff. He is a gifted leader with a terrific mind for the game and a genuine interest and curiosity related to all areas of our organization,” stated Byrnes.

The deadline to add players to the 40-man roster in order to protect them from being drafted in the Rule 5 coming up in early December, is on Tuesday, a minute before midnight EST, or 8:59 PM PST. The Padres current 40-man roster currently sits two short of the limit with around a dozen or so players not on the roster that would be eligible in that draft. Tomorrow may bring a couple of surprises.

On Monday, a Padres spokesman confirmed that first baseman - outfielder Kyle Blanks signed a one year contract with the club in order to avoid salary arbitration, his first year of eligibility. Kyle will remain eligible for salary arbitration until 2016, when he will eligible for free agency. Spending practically all of last season on the disabled list, Blanks has spent parts of four years with the big club since 2009. In the combined time at the major league level, he has hit .219 with 20 home runs and 63 runs batted in with 488 plate appearances. Although the financial terms of the deal were not disclosed, several media sources report that the deal was worth $605,000 which is a raise over the $492,400 that Kyle earned last season. 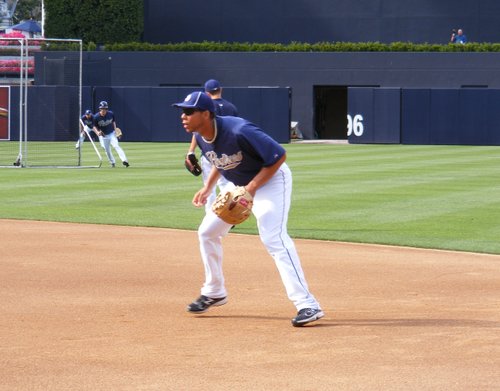 refriedgringo, I believe Buddy had 116 loses, not 16, And as for helping the Royals win the WS, I believe that he lost the only game he pitched, giving up 2 HR and 3 earned in the 5 he pitched. So you know, with the helping, maybe not so much. But don't get me wrong. As a lifelong Angels fan, I am a fan of Bud Black as a pitching coach and even though I'm not a Padres fan, I think he's done a lot with what he has had, was very deserving of the 2010 NL Manager of the Year Award, so I'm glad he's staying put. 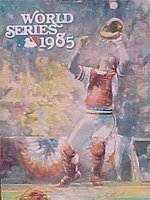 First error was a typo, fixed. And you're correct about Black in that series I should have worded it better, I fixed it.