Walking the sun-baked east side of National Avenue. Heading for a cawfee at Café Virtuoso, the coffee roasters. They have a little retail thing going, with one table and one yellow umbrella out front.

Problem? Ten yards before I get there, this sandwich board on the sidewalk stops me. 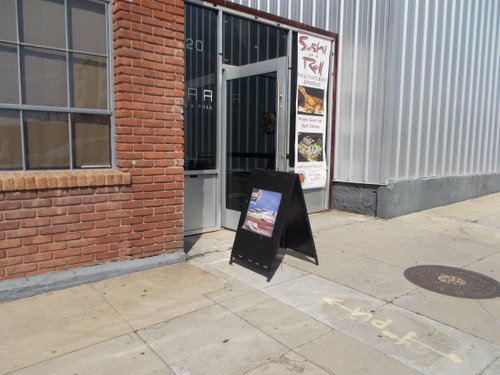 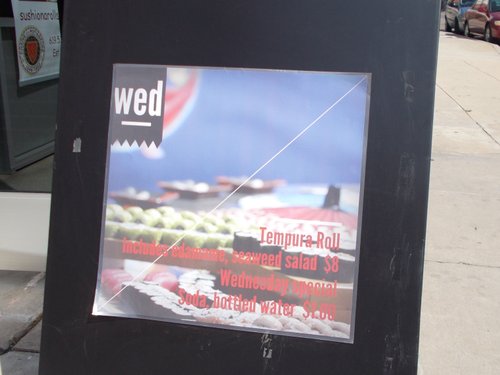 I look down the narrow walkway... 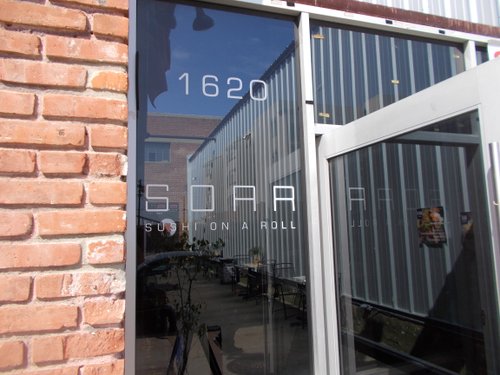 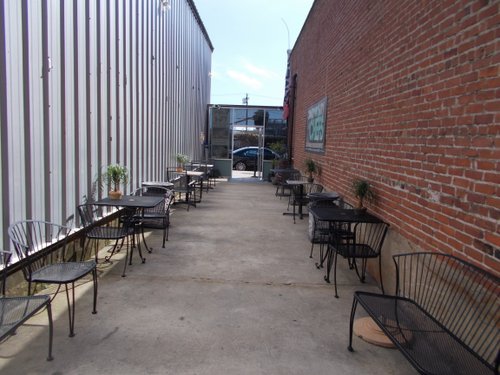 “Sushi On A Roll,” says the sign at the end, and “Chaine des Rotisseurs.” 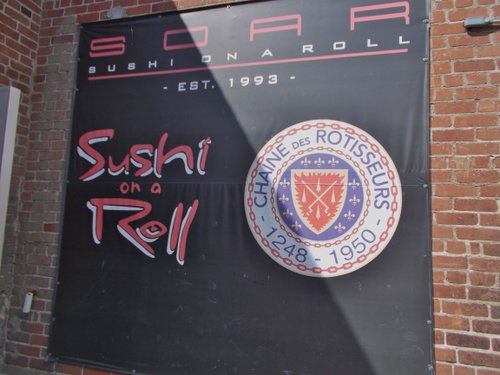 Now this I gotta see.

And inside, through a side door, you suddenly come down steps to an industrial space with a blue ocean mural on the left. 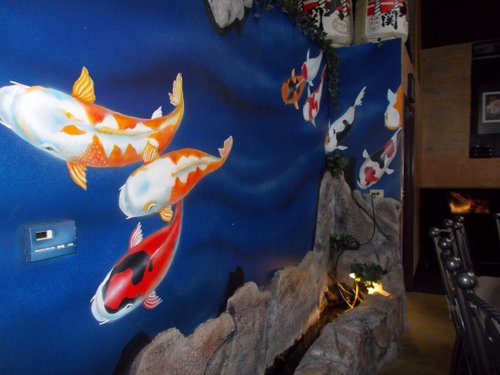 But filling up the middle of the room, a big circular counter. It's like King Arthur's Round Table. Black iron chairs surround it. Two sushi chefs in black work away in the middle. 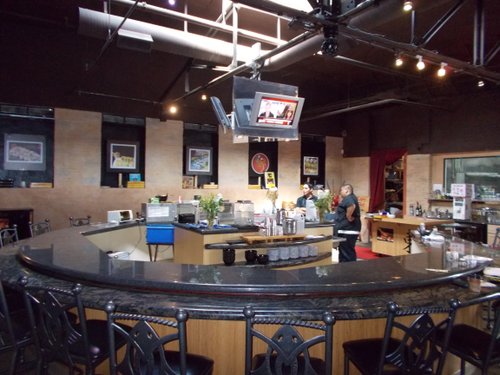 I take a chair. Lady named Lorna and gent Jeff are behind the bar talking schedules. Lorna Ramos turns out to be the managing partner, and the guy with her turns out to be Jeff Roberto the owner. 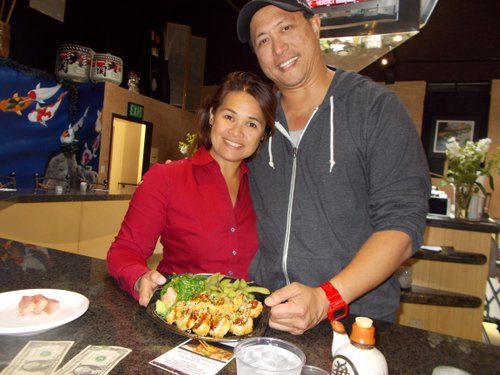 “We have been in business 20 years," he says, "but just this past month we decided to open up to the general public. Mondays, Tuesdays, Wednesdays, eleven to two. Thursdays and Fridays we let out the space to Supernatural Sandwiches. All seafood.”

So now, sushi time. They have others, but I go for the sandwich board special, the tempura.

Have to say the tempura I get is totally wonderful. 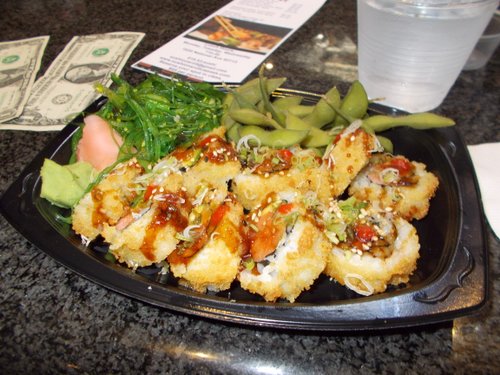 Imitation crab, real salmon, avocado, seaweed wrap, then rice, deep fried in batter and panko crumbs. So the outside’s crunchy, inside's all these different flavors. The seaweed salad has slices of cucumber, is electric green and refreshes your mouth, along with the edamame and pink ginger.

But I have to know: Chaine des Rotisseurs? Sounds French. Lorna says Jeff got accepted a couple of years ago. A pretty big honor: Because, unbelievably, this organization started up in - drum roll please – the year 1248. Under King Louis IX. That’s oh, 800 years ago?

But French roasters, sushi chef? Turns out the Chaine now has 24,000 members around the world.

But the thing I take away from this lucky chance lunch: Lessons in sushi etiquette. I never knew how much I had been blowing it...

You have to see and taste it to really appreciate it. I have been a SOAR client for years..not only do I appreciate their catering skills for my clients but I also enjoy the occasional lunch! The best part about SOAR is the genuine atmosphere and of course the food! Their sushi is truly the best I've ever tasted! It's obvious they've been in this game for a long time and are in it for the long term too!

This must be the best open secret in town. But it's all the cooler for that. What I like is they're prepared to spend time helping you learn about what da heck it is you're eating. I thought I'd never break into this whole culture. Now I really do want to know.