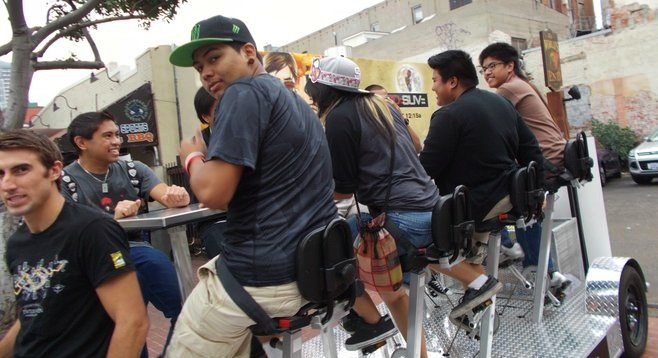 Sweat equity! Pedal off the pounds on your progressive dinner 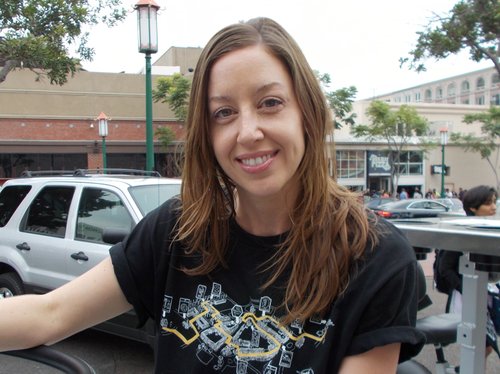 ...has the crazy idea of creating progressive dinners downtown…on a multi-person bike that looks more like a caterpillar. 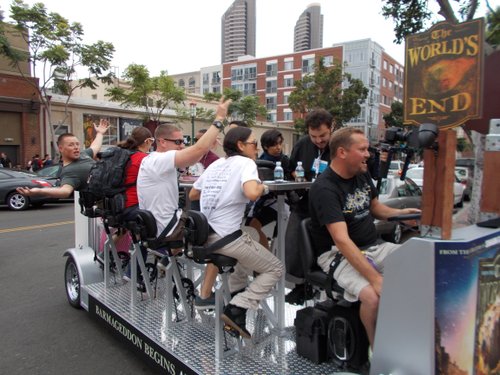 This manic machine “employs” eight people to sit up to its bar and pedal like hell from one watering hole or eatery to the next –while eating, drinking (but not grog) on board and generally making a racket. 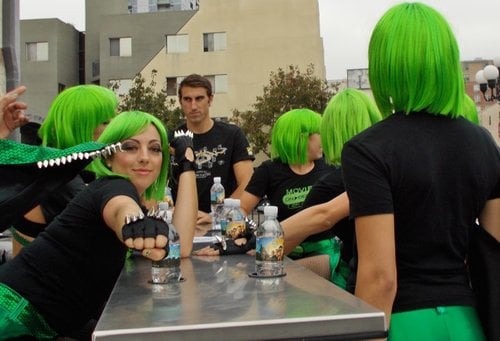 “The magic thing is, when you’re doing this, suddenly you’re a team,” says Aimée. “It breaks down barriers in the first minute.”

And the great thing is, here you can eat, drink, be merry – at the pubs and bars you stop off at – and keep driving. Because they have a designated “driver” up front who actually steers the thing.

I’d seen a couple of these machines in the past year. This time I decided to stop and ask.

Turns out to be City Cruiser, based at Horton Plaza (619-800-4555). They have four of these pedaling party “buses” either touring downtown, or doing a pub crawl, or a wine-tasting or a singles mixer or hey, a progressive dinner. Costs $200 a tour or $25 each.

I check underneath to see if they’re cheating and actually powering it with an electric motor.

No motor. Just one battery to power the lights and horn. 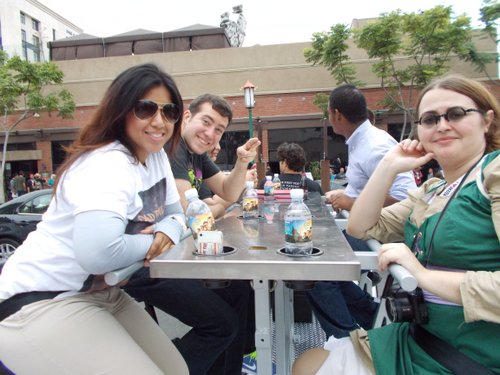 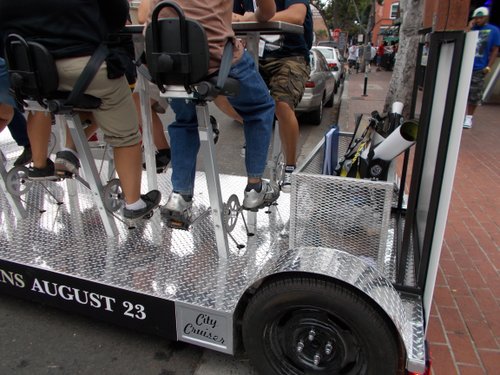 Aimée had these specially built in Minnesota at about $20K each. “The standard model was twelve or even sixteen people. These are for eight,” she says.

She’s a refugee from the ’08 financial turn-down. “I had my own business, but with the recession I had to go into Corporate America. Financial side. Then I saw one of these in the mid-west about 18 months ago. People seemed to be having so much fun. Because they were participating. Not just being passive consumers. And I thought ‘Why not? This would be perfect for San Diego weather.’”

On eat/drink crawls, her “drivers” specialize in seeking out happy hours and eateries that will play along with the progressive dinner idea.

“And people like actually getting a chance to pedal off the carbs between courses, and work up an appetite for the next stop.”

Man. I think we have a new word: 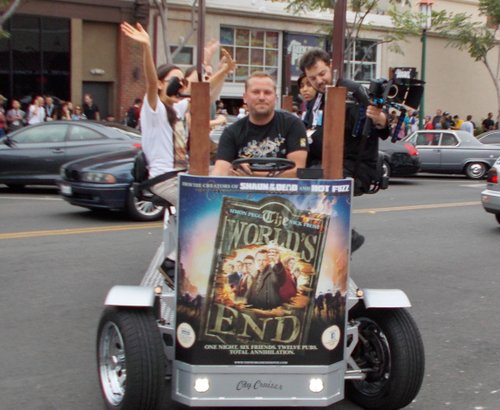