Why does Stout always look crowded these days?

And we’re not talking immigration. 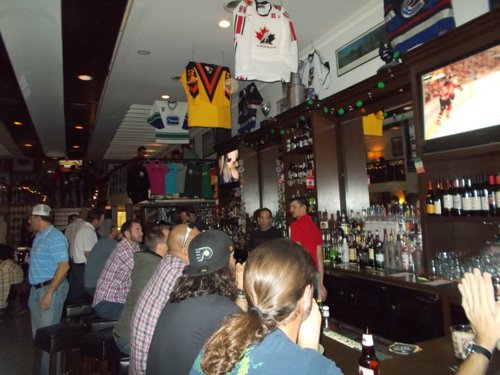 ’Tis the season for San Diego fanatics to do what it takes to find a screen, a stool, a stout (preferably Guinness) and hopefully a mess of poutine to follow the hockey through to the Stanley Cup. 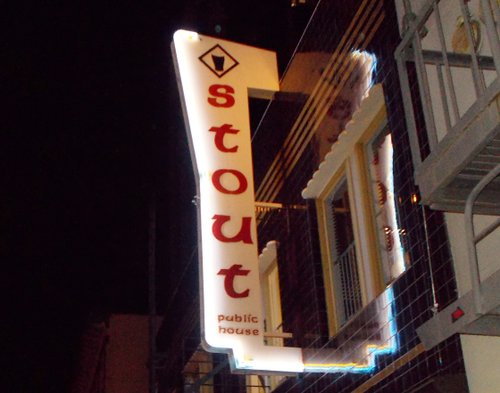 As the season goes on, Stout Public House (1125 6th Avenue, downtown, 619-702-7933) gets more and more packed with north-easterners, Canadians, Russians, or people like Joe, who’s from San Jose and backs the San Jose Sharks. 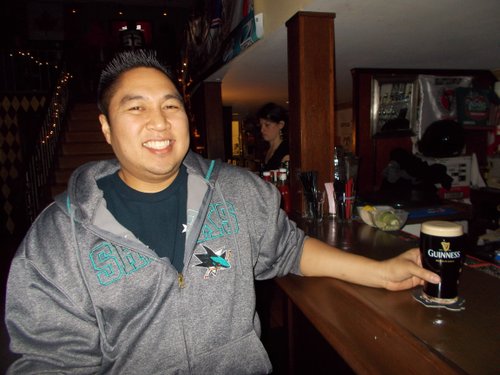 Poutine? That’s the French-Canadian version of French fries, with a slurry of gravy and cheese curds on top ($6.50). Do they take getting used to? Sure. Those curds look creamy, lumpy and, like what da heck are they doing on my French fries? But no, the taste melds in and pretty soon you’re glued to the screen and your fingers are jes’ hoisting up those messy beggars by radar at 30-second intervals.

I called in just to get a prophecy out of the two owners, Dave Toth and Mark Prendergast. 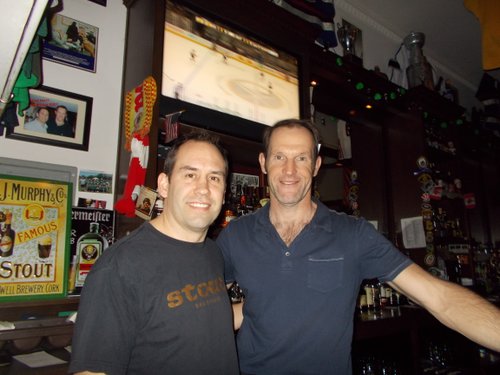 Hmm. Meantime, think I’ll have a mini Angus beef burger while I’m here. They’re $3, and $2 during happy hour. Such a deal. Big for their size, and come with a curry ketchup. Tast-ee.

They have a couple of games going on the big screens right now.

“You watch,” says Mark. “From now on, it starts getting crazy. Playoffs, at the end of June, insane.”