At downtown's Stout, $2 sliders and hockey finals have fans coming in droves

Andrea and Alli scream it out with the rest of the pub. 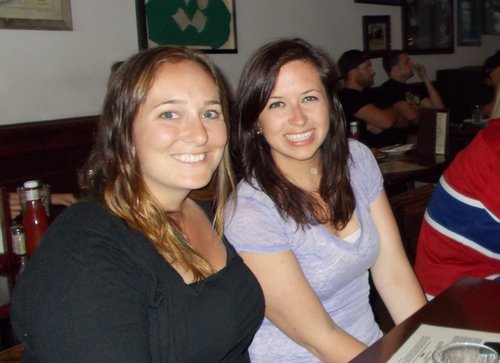 They're backing Boston and the Bruins have just scored their first snazzy goal against the Chicago Blackhawks in game 3 of the playoffs for the Stanley Cup. 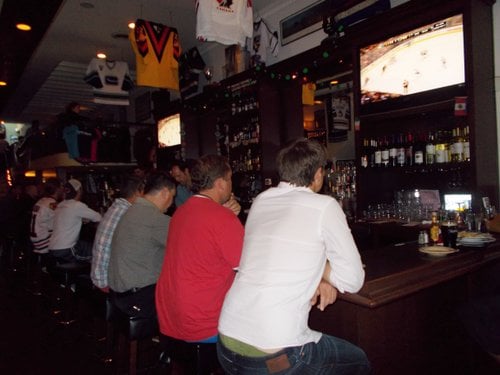 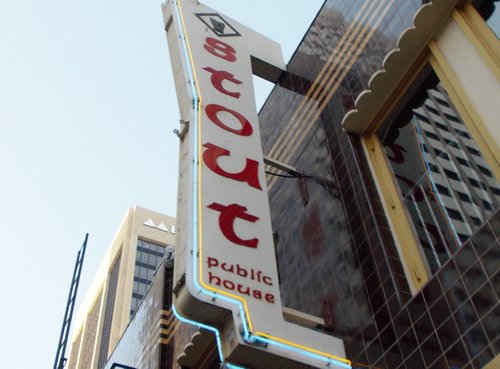 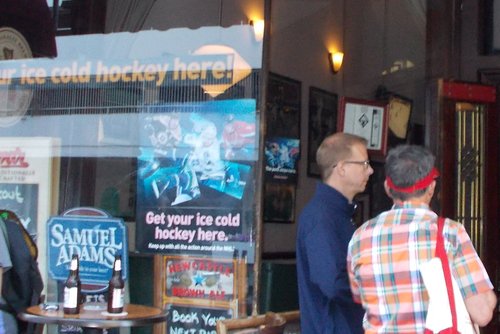 ...which is, like, Ice Hockey Central for hundreds of fans from the colder parts of the US, Canada, Russia, and, if the guys next to me are typical, Taiwan.

Or maybe not. “Ice hockey in Taiwan?” says my neighbor. “Oh no. This is the first ice hockey game I have ever seen.”

Me, I’ve just scored my first $2 happy hour slider. So even though you don’t have the best view of one of the big screens from this end of the bar, I’m a happy camper. I paid $7.25 for the slider plus a pint of Alesmith IPA. 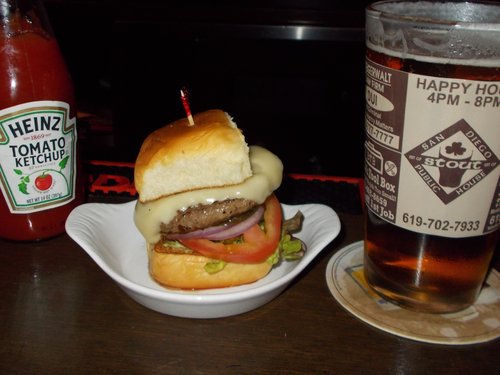 The little burger’s taller than it is wide. It has all the fixin’s, lettuce, tomato, red onion, then a nice plumped-up patty with a big oozing hat of Swiss cheese. Don’t do as I did, try to eat it with its cocktail stick still stuck through it. I just about impaled my lower lip taking a chomp.

But actually, maybe it’s because they say there’s a lamb chop in every pint of beer, by the time I’m through, two things have happened: the Bruins have scored their second goal, and I’ve finished my slider and beer combo, and come out feeling pretty satisfied.

“This is a light night,” says Mark Prendergast, looking around the crowd. 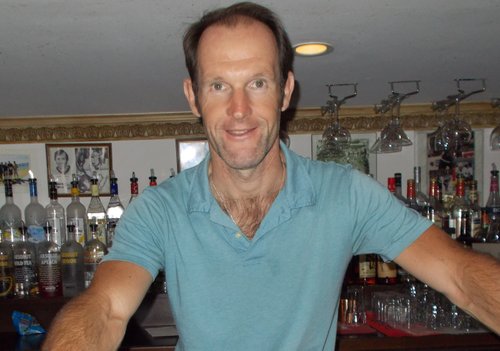 He's one of the owners who’s serving up beers at an incredible rate to bar customers and servers. Looks pretty crowded to me.

“This is nothing," he says. "From here on it’s going to be totally crazy.”

Worth it, if you can fight your way in.