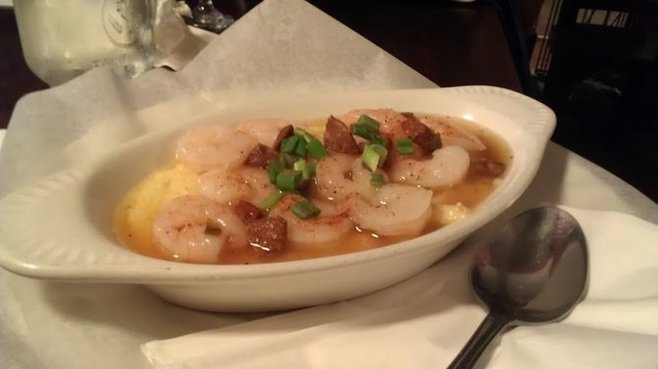 Point Loma coffee shop might be a little weird, but it has a certain kind of charm.

As my server battled with errant extension cords and flounced about the mostly empty dining room in a state of controlled chaos, I thought back to my last visit to Red’s and I realized something: the place is a certifiable hot mess.

The thing is, they kind of rocked out with it. The random decor and haphazard style is suitably bohemian and worthy of an old-school coffee shop. I think they are always in the weeds a little bit, always playing things by ear and improvising. At one point, the restaurant’s cupcake baker came out of the kitchen and offered, I believe, cups of frosting to the few customers. Maybe she meant something else, but I honestly wouldn’t be surprised.

And that’s saying nothing of the hobo-looking gent who came in off the street, ordered a beer, sat down at the piano, and tickled the ivories with remarkable skill. I guess they have a regular piano guy sometimes...but, still!

Anyways, the food was actually pretty good when it was good. I dug the pork cracklins ($4) and the jambalaya ($13). The latter was a mess of chicken, sausage, and grains piled without ceremony in a little crock and served with toast. Including wild rice and other grains gave the dish some character. 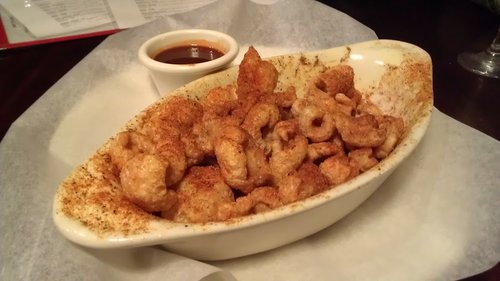 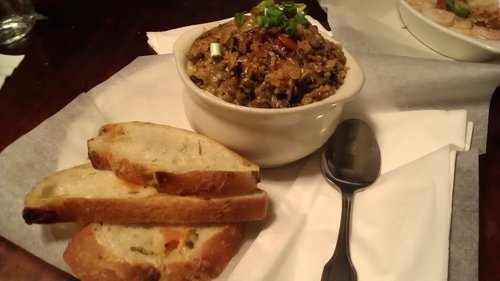 Sadly for shrimp and grits, Red’s joined the rogues gallery of places that don’t get the dish right. With weak grits and a watery sauce poured over the top, the dish appealed little. When will I get an awesome shrimp and grits? When? I should have gotten the shrimp etoufee and stuck with the Cajun/Creole theme instead of venturing into the Carolina Low Country.

Red’s deserves a commendation for inexpensive wine. Glasses were all of average price ($7-$10), but bottles were often priced under $20! Had I half a mind, I could have gotten indulgent with wine. Instead, I had a Bloody Mary for, like, $4. It was made with some kind of partially distilled wine, because the restau doesn’t have a full liquor license, but it was still a Bloody Mary for $4!

I have to say, though it was a weird experience, I would totally go back to Red’s for dinner. I liked that there was a place I could hang out and eat some casual grub, maybe drink a glass of wine or a beer. I’m often left wanting something between “coffee shop” and “full-on restaurant,” and I think Red’s fits the bill. Even if it is super kooky. 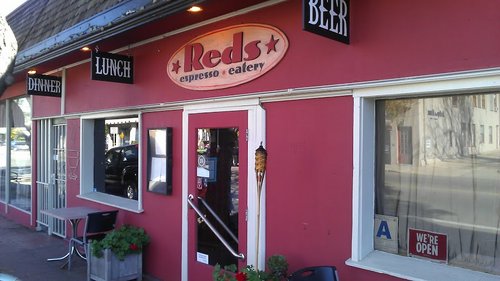