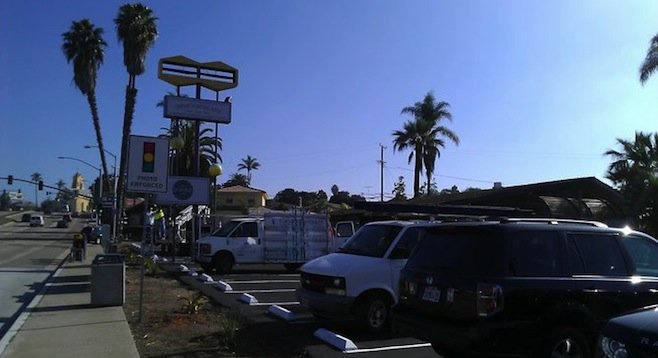 The old Brian's building is finally getting a makeover after a long dormancy.

I mourned the loss of Brian’s American Eatery like I’d experienced the passing of someone who was almost, but not quite, a friend. It was an abstract sadness, a recognition that a void opened in the world and an uneasy sense of emptiness was all that remained. Lil’ B’s opened elsewhere and the familiar building on Washington Street sat vacant for a long time, a reminder of 20,000-calorie meals and midnight milkshakes past.

But the end of that vacancy draws near. Crews have been spotted hard at work on renovating the building, craigslist is aglow with ads for help, and interviews have already started, judging by the line of potential employees queueing up in the afternoon with hopeful looks and completed job applications.

My espionage revealed that Great Maple is slated to open mid-February. If the signs are any indicator, the focus will be on “libations and seasonal plates.” And “pie.” My investigations also uncovered that the new restaurant will not be open super-late or 24hrs, but that it is supposed to be a big improvement over what was there before. 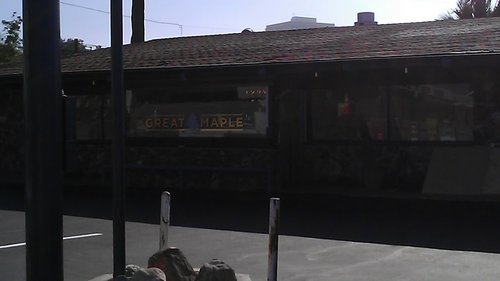 Everything's papered up, but Great Maple is already putting up logos

Yes, it could be YACC (Yet Another Craft and Commerce, if I may borrow Nethack lingo), but my hopes are high. If the chairs set out front for interviewees are any indication of the eventual decor, I suspect things will be sleek and modern, but homey at the same time. I suspect a kind of Shaker Village sensibility is at work and that the restaurant will somehow pay homage to the Great White North. At the very least, I know the remodel was extensive, a stem-to-stern affair, and that it will be a whole new place in the truest sense. 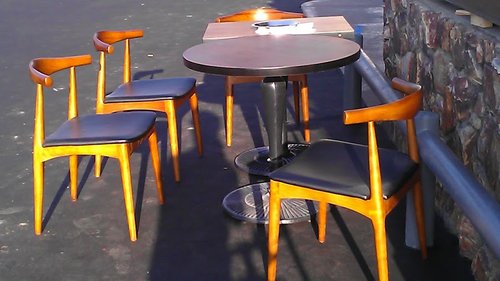 These leather and maple chairs have a promising look to them. Will they be what ends up inside?