Actually it was the nose, not the noise.

Started twitching as I walked up Washington from the trolley. That sexy, sweet, rich malty smell can mean only one thing: someone is brewing inside the old Mission Brewery Plaza courtyard again. 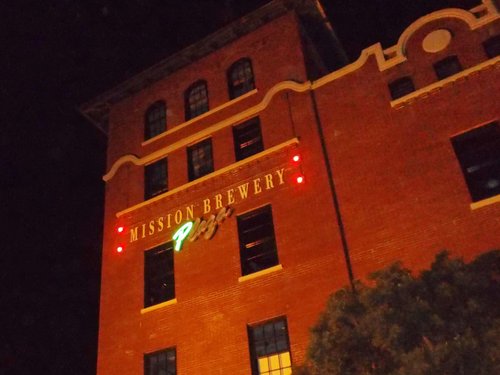 ...because it survived from back in the day, when it was one of dozens, till Prohibition wiped them all pretty well out in 1918.

It’s dusk. See a couple of guys talking outside a glass-walled building with stainless vats glinting from inside... 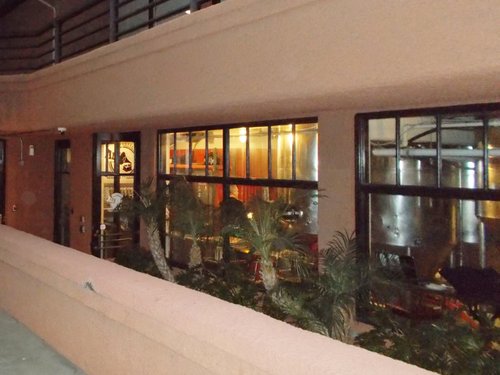 ...Oh yeah. This used to be Five Points Brewing Company, and Coronado Brewing, and New English…quite a turnover.

I see they have about a dozen taps under the sign. When this was Five Points you could buy a pint if you wanted, and drink it right here, feet from where it was born.

I see they still have about a dozen taps under the sign, just in the door, along with a real antique wind-up Victrola. 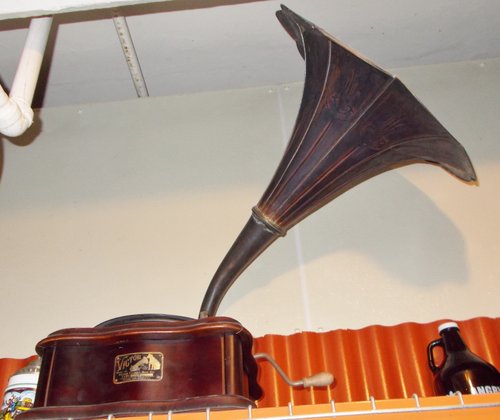 Turns out these are test batches for the new company, although they are distributing to about 20 restaurants, according to Pershing, who’s a pre-med student interning with Acoustic. 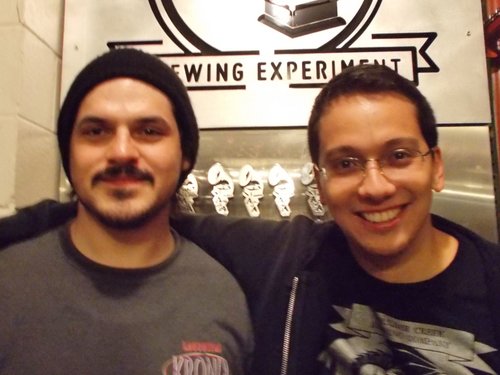 Some guy comes around holding a big plastic bucket of live yeast. Hoses are everywhere.

“We’re making beer but we haven’t been really operational yet,” says Tommaso Maggiore. He’s running things. “But we just finally got approval from the different regulators, and so pretty soon we can actually selling beer. It's been a long process." 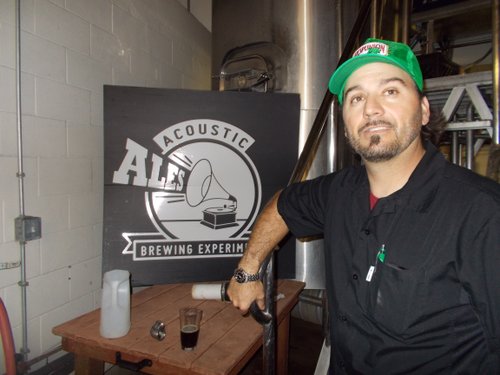 He hasn’t got a license to sell me a beer from one of these taps yet, but he can give me a sample taster. I choose one called Oatmeal Belgian Milk Chocolate Stout.

“We put 30 pounds of Belgian Milk Chocolate into this baby,” Maggiore says. “That’s one pound per fifteen-gallon keg.”

He pours me a small glass... 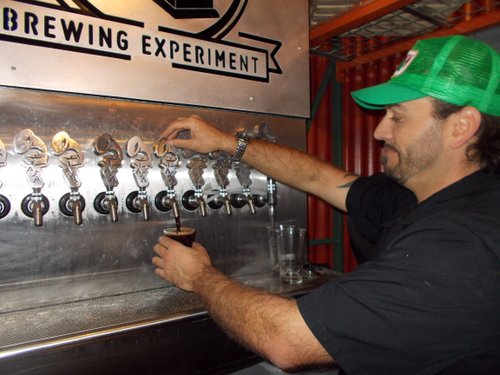 ...Ooh. Substantial. Dark, true stout style. Sweet, deep, but a twang to it.

Reminds me of…oh yeah. A great beer called Dark Seas Russian Imperial Stout by - is this ironic? - the young company who moved outa here to relocate in the Wonderbread factory near Father Joe's… Mission Brewery.

Meanwhile back in the old Mission Brewery, even with maybe six dozen craft breweries in the county, these guys look set to create quite a noise, from where it all began, hey, 1913! Exactly 100 years ago.