A hundred, maybe, that I have trundled up Highland Avenue aboard the 955 bus, spotted this blushing salmon-pink cottage with the café in front... 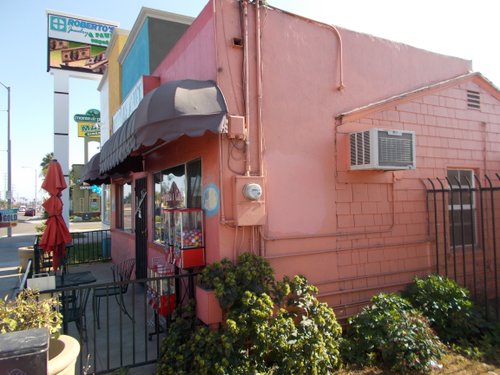 ...and wished I could jump off and go eat on its little fenced patio. 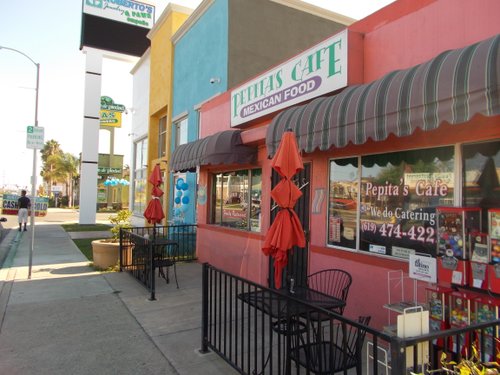 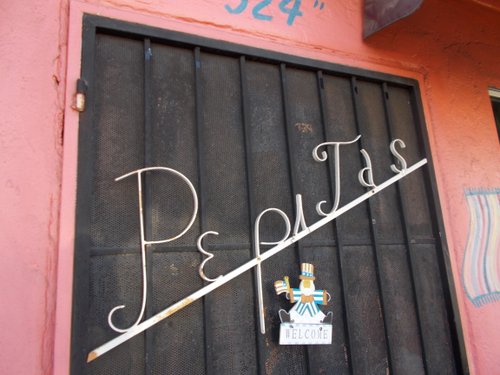 Today I took the plunge and got out, around 6th and Highland. And in a moment I’m inside this very Mexican looking room in Pepita’s Café (524 Highland Avenue, National City, 619-474-4222). 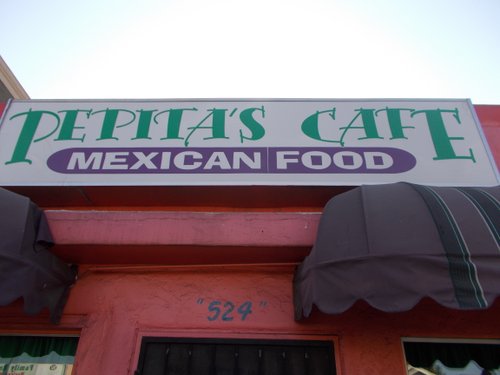 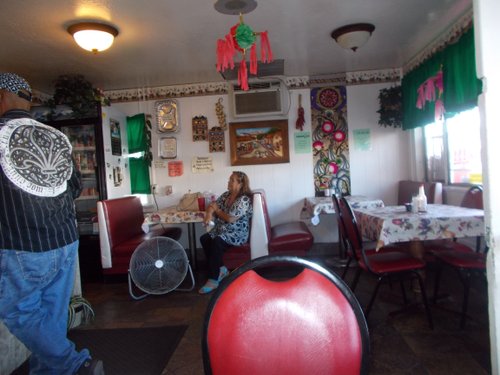 White walls and red Naugahyde booths and chairs, with strings of garlic, and of colorful ceramic fruit hanging from the wall, plus signs in Spanish saying things like “Don’t confuse friendship with business.” 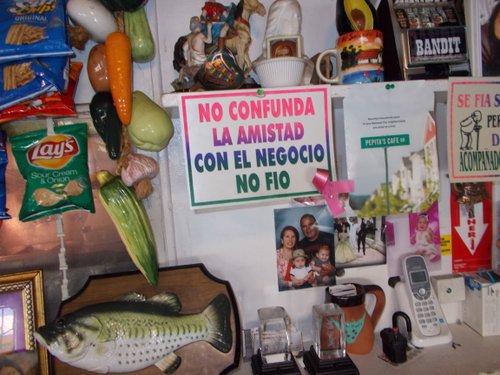 An elderly woman and a girl sit at a table right under the signs and fruit.

I go up to a cool looking curved marble welcome desk.

“We’re only open twenty more minutes,” says the guy, Alex. This is his place. So I have to think fast. “Still do breakfast?” I ask.

Hmm. Speed-scan menu. He has all the standard fare. And some menu specials. And wow. One is Patas de Rez, cow’s feet. Longing to try it, ever since I missed out on it at Caribbean Taste in Encanto. Here, a single "pata" plate costs $3.50.

Uh, on the other hand, not sure I’m ready for that as First Meal of the Day. I know. It’s nearly four in the afternoon, but trust me: it’s been a heckuva day.

Then in the breakfast section, I spot chorizo and eggs ($5.50). I order that, and then, dammit, see that for $1.50 extra, you can get the same with chopped-up cactus paddle mixed in. Nopales con chorizo.

I call to Alex in the kitchen in the back of this li’l ol’ cottage . He says no problem. 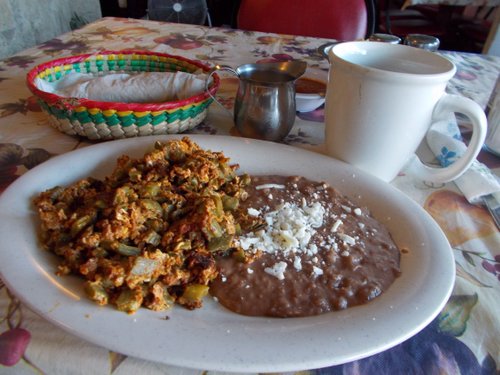 It’s good crunchy fare, and I pretty-much race through it, given that now he’s already laying down wooden dowels along the slide tracks of the front windows, so nobody can slide them open from outside. 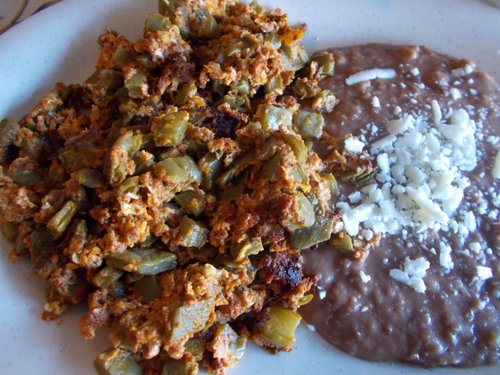 “Didn’t mean to rush you,” he says. “But most people who come, we know them. They’re pretty regular. And we’ve been going a long time. My uncle started running this in 1973.”

His uncle died 11 years ago. Five years ago, the family gave it to Alex to run.

And yes, he says, there was a Pepita (it means “little pip” in Spanish). “Pepita was my uncle’s grandmother,” he says.

I like it. The family atmosphere. Alex cooking on the other side of the wall. The food. I’m definitely coming back.

’Course next time I’ll have to take a deep breath and try that cow’s foot.