Papa Luna’s Empanadas (1404 Garnet Avenue ) hit the Pacific Beach casual dining scene a few months ago with epicurean gusto – garnering an instant following for their stonerly twist on the classic snack pocket, dishing out free ‘nadas on a recent Friday, and now hosting a ongoing eating contest in order to reward sporting indulgence in the name of glory. 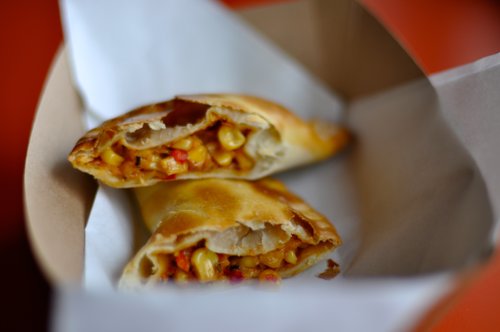 “Every few days we’ll have someone come in and proclaim they can eat twenty empanadas,” say owner Simon Baer, who inaugurated the challenge last month.

“So far no one has been able to accomplish that and I’m really hoping to see it happen in September. It’s always about the sixth empanada when they throw in the towel.”

As of now, the reigning runners-up have been Ryan Cullenward of Pacific Beach with 12 empanadas and his successor, Rick Telles, who ousted Cullenward by ingesting 14 empanadas in a gut-busting 70 minutes.

With the record as it stands, more than 14 empanadas must be consumed in 90 minutes in order to be crowned the new champion.

“We have a few people who have come in saying they are in training for the challenge,” says Baer. “It’s fun to see people getting into it.” 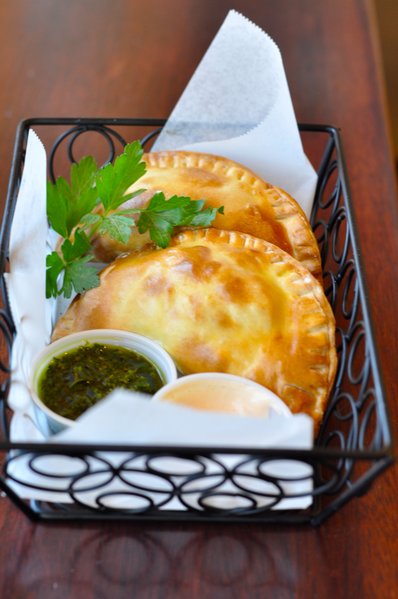 All of Papa Luna’s empanadas go for around $3 and include mostly-organic epiphanies such as Camarones y Tocino (tiger shrimp, smoked bacon, garlic, white sauce), Pacific Rim Ahi (ahi, Sriracha cream, soy glaze, rice), and Turkey Dinner (turkey, stuffing, and cranberry on the inside, mashed potatoes and gravy on the side).

Make sure to save some room for dessert!

Man, this sounds so yummy. Though count me out of the eating contest.