This is what they call serendipity.

Instead I catch the warm glow of that clay-colored eatery across the road.

No chance of happy hour. We’re at about eight already.

But it looks so enticing, I go in anyway. Just to find out when they do have happy hour.

“Four-thirty to six thirty, Monday to Friday,” says the gal behind the cutest little eight-stool bar you ever saw. “But tonight, Tuesday, it’s all night.” 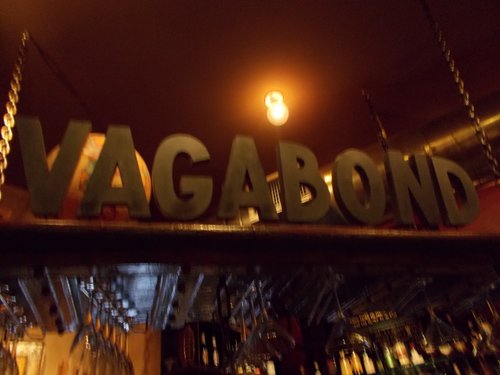 Lord. First stool next to me is this gal eating a bunch of green and gold things from a brown clay bowl.

“Brussels sprouts,” she says casually. Stephanie. Says she’s a regular, lives in South Park. She points to a bar food menu on the counter.

“And they take $2 off that for happy hour,” she says, and takes a sip of white wine.

Stephanie moves her bag from the last free stool. Seems I’m the only non-regular.

I sit where the words “Bailamela suavecita mirame” are painted into the green bar top. Huh. “Dance with me suave one, look at me.” 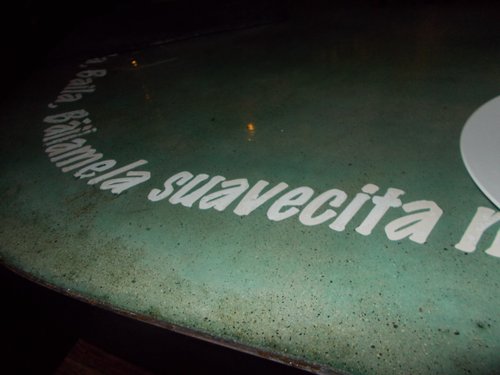 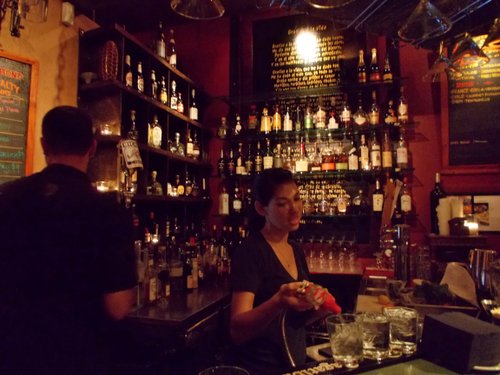 “This whole place is like a tour of the world. Food and décor. French part’s in the front, Asian’s in the middle, Moroccan is that back alcove.” 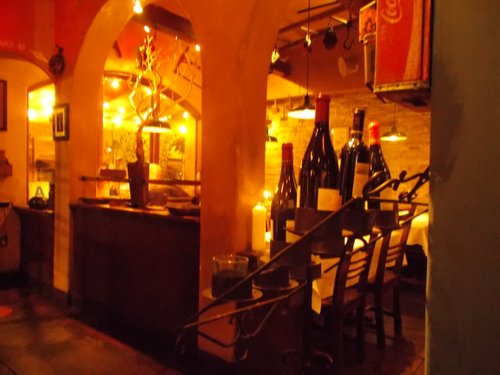 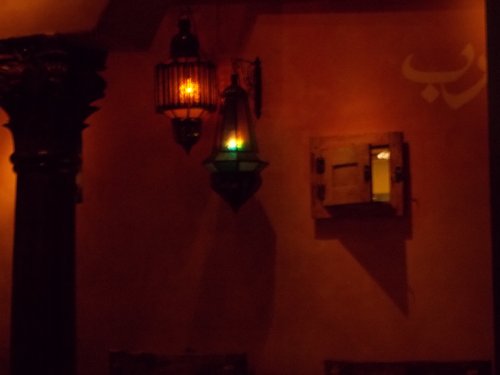 Oh yes. All around me there’s lots of Spanish, like lyrics of songs, all around. “Gracias a la Vida,” by Violeta Parra peeks out from behind the bar’s wall of bottles. 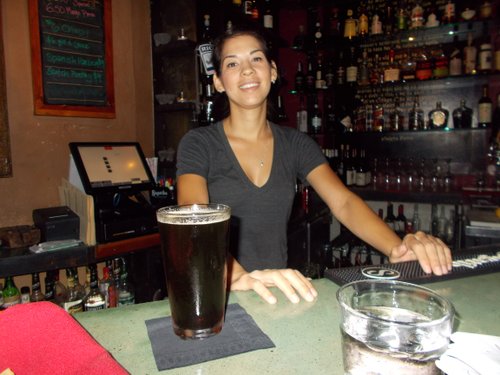 April, tempting a customer with a Nut Brown beer

I see others at the bar having things like kung pao calamari ($7) and lamb sliders with baked potato croquets (two for $6). 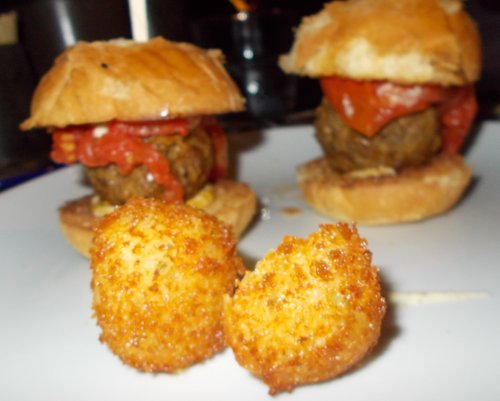 Hmm I’ve always hated Brussels sprouts. Those smelly boiled things mom always foisted on us Sundays. Should I give them a second chance?

The smell I’m getting from Stephanie’s plate says "Yes!"

Dang. See just too late that I coulda had a beer (Alesmith Nautical Nut Brown, or others) for $4.50.

But when the Brussels sprouts arrive, kind of as an afterthought I ask for some bread, and OMG! The bread is fantastic, and the butter? Deee-lish! And it’s not often I give anything a 3-e delish rating.

Turns out to be aioli butter with saffron. I have to tear myself away to get into the Brussels sprouts themselves. But actually they are just great, too. Fried, can you believe, and with that bacon and the pecorino Romano (a salty cheese, seems) and lemon in there somewhere, it’s a little masterpiece. 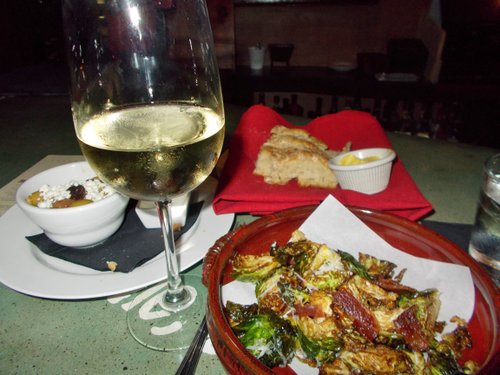 With the olives and the vino, I'm up to $13.54. Didn’t really need the olives. So if I’d ditched them and gone for the beer I could’ve gotten out for under a Hamilton.

But natch, being me, now I can't resist ordering the Nut Brown beer.

But hey, I’m a happy camper. On all scores, bread (free), sprouts, vino, cerveza and conversation, this was out of the ballpark.

Specially as the #2 bus stop is right outside. Talk about limo service... 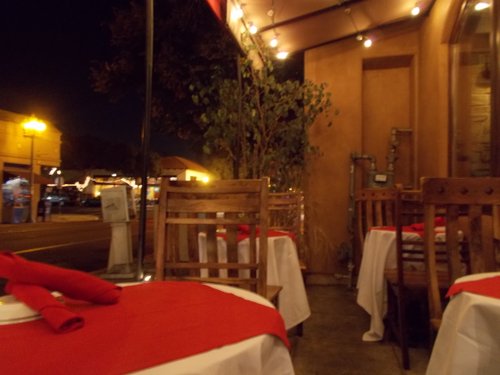