I discover this when I’m sitting at their brewery, at the longest bar in San Diego, I swear, indulging in a pint of what right now is my favorite brewski in all San Diego: Mission’s Dark Seas Russian Imperial Stout.

Lawdie but it’s good, chocolatey, and as you read in their description, velvety.

Also, it's way powerful at nearly 10 percent alcohol. Till now I’ve contented myself with their 3oz taster glasses ($1 each). But tonight I went the whole hog and laid down $7 for a pint. 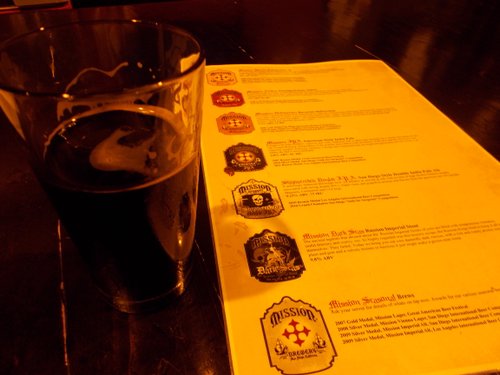 That’s when I heard the voice, the laughs. I look around from the way-long bar and see this clump of people weaving among the shiny vats and pipes of the brewing section in the space that used to be the Wonderbread bakery. They end up at a long table, sipping different beers while this guy tells them all about it. 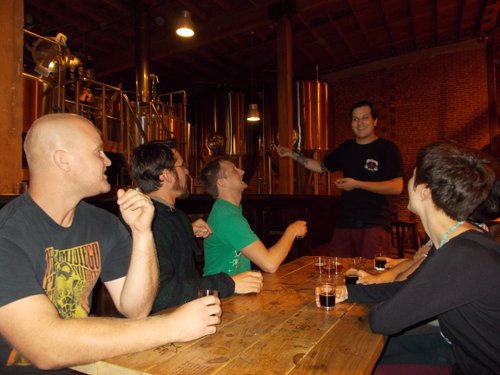 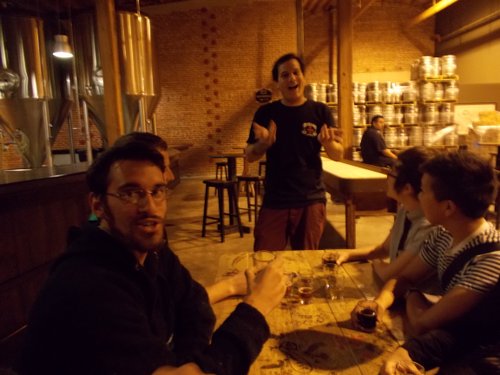 Turns out it’s Adam Aguilar, leading his sixth tour of the day. 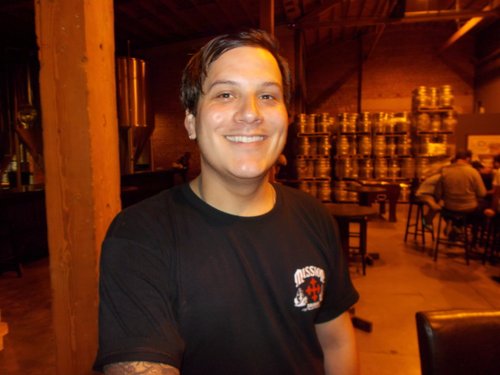 “That’s how popular they are,” he says. “You have to book 24 hours ahead. We hold them Friday, Saturday, Sunday from midday on through the day. It takes an hour. At the end you get a flight of samples of the stuff you’ve been watching. And you know so much more about what you’re tasting.”

Wow. Think I’ll do this sometime, specially if they can tell the story of this dastardly Dark Seas Russian Imperal Stout. 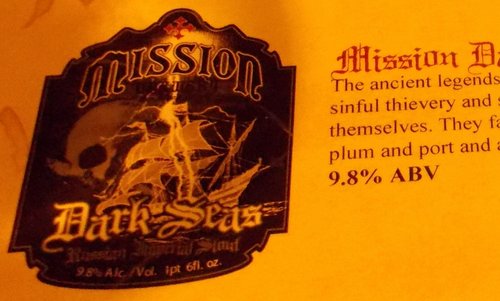