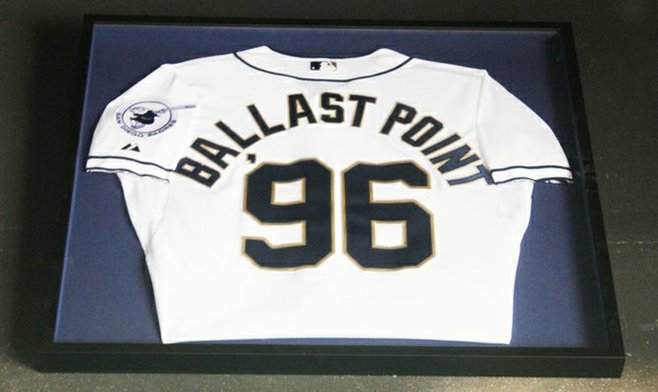 The low-down on Ballast Point Brewing & Spirits: who they are, what they brew, and where you can get it.

San Diego Beer Week is in full swing. From now through November 11, locals and visitors alike will be abuzz with brewing industry excitement. Beer geeks will rattle off information about our breweries and their beers; nth degree conversations about everything that, with nearly 60 brewhouses times roughly a dozen beers per on average, can be confusing for the uninitiated.

I’ll admit it — while I always try to remember that the majority of the general public has yet to be introduced to the rich craft beer tapestry draping our county, even I get caught up in charging forward and forget to go back and hit on some of the base information needed for readers to truly understand what all the beery hubbub is about.

So, during Beer Week, I’d like to go back to basics, providing the base details about a quintet of breweries, some almost as old as San Diego’s suds culture, and others that are very young or, in one case, brand spankin’ new. Our first stop: Ballast Point Brewing & Spirits.

The Basics: This company is the product of a fervent homebrewer named Jack White whose passion for the craft was such that, in the mid-nineties, he decided to erect an outlet selling the equipment and ingredients necessary and theretofore extremely hard to come by for San Diegans to brew their own beer at home. Today, that business, Home Brew Mart (5401 Linda Vista Road, Linda Vista) is legendary, both as a Mecca for DIY brewers and the place where most of San Diego’s professional brewers purchased their first kits, and as the business that gave birth to Ballast Point Brewing & Spirits. 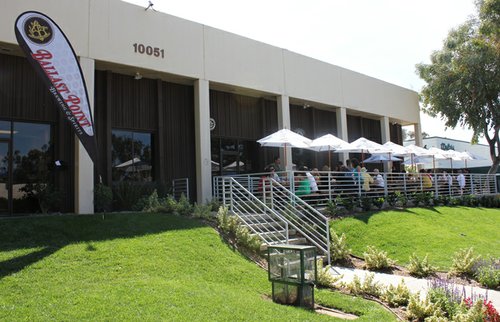 The Beers: There are too many to list, which is the glory of Ballast Point. They produce more diverse styles of beer than any brewery in San Diego County, and they do them all well. In fact, their ability to create quality spanning beer types Germanic, English, Belgian, and West Coast alike is what led to them being named the Best Small Brewing Company for 2010/2011 at the World Beer Cup, the largest brewing competition on the planet. 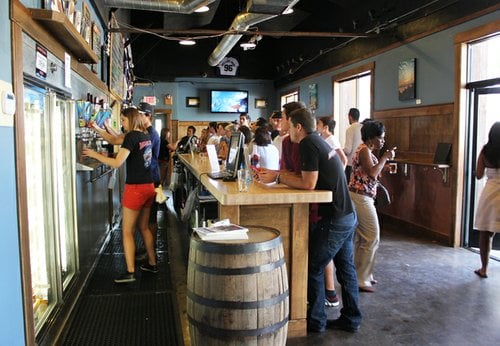 Ballast Point’s most well known beers—Pale Ale (which used to be named Yellowtail until the Aussie winemakers of the same name opted to throw their weight around) and Sculpin IPA—are all over town. The gateway appeal of the former has brought many a former Big Beer drinker into the crafty fold, while the latter has become known throughout the country as the measuring stick for fruit-forward, refreshing-yet-bitter India pale ales. 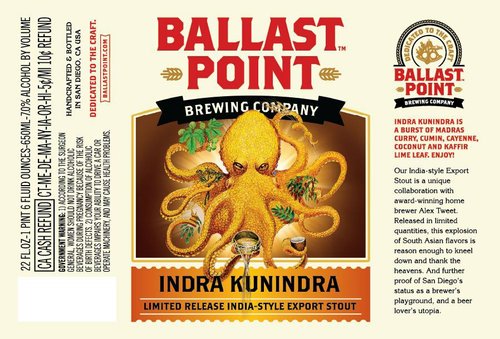 One More Round: In addition to crafting award-winning beers, Ballast Point is also making a name for itself in the spirit world with spirits produced by distiller Yuseff Cherney. Many a local bar are stocked with the company’s Old Grove Gin, Fugu Vodka, and Three Sheets Rum, several of which have won national awards for their full flavor profiles. The best of the bunch—Devil’s Share Bourbon Whiskey—is still aging away in barrels, but should hit the scene sooner than later. 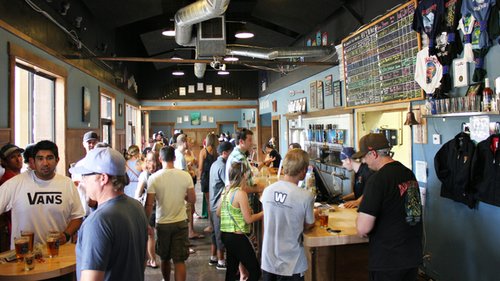 Whereabouts: Get a taste of over a dozen brews at Home Brew Mart’s tasting bar, or head to the ‘burbs and sit a spell at a rapidly expanding tasting room connected to their main brewery facility (10051 Old Grove Road, Scripps Ranch), which recently had outdoor umbrella-shaded space added to it.