Over the weekend, winners from the World Beer Cup, the Olympics of beer, were announced during the closing ceremonies of the Craft Brewers Conference at San Diego’s Town & Country Resort. The biennial event is the largest brewing competition in the world, and one San Diego’s brewers have consistently done well at. In 2008, Port Brewing/The Lost Abbey was named the best small brewing company in the world; an honor Ballast Point Brewing Company earned four years later. 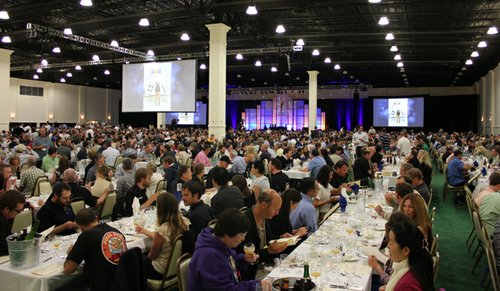 Over 2,400 attendees packed in to the prestigious World Beer Cup awards presentation at the Town & Country Resort on May 5. 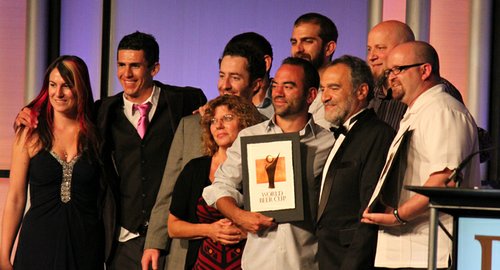 Representatives from The Lost Abbey accept their award on the main stage.

The complete list of local winners is as follows:

Belgian/French-style Ale: The Lost Abbey Gift of the Magi (silver) 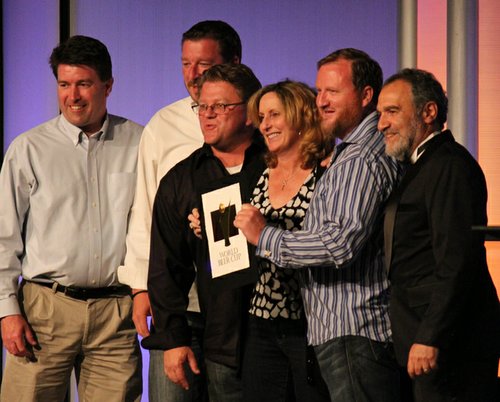 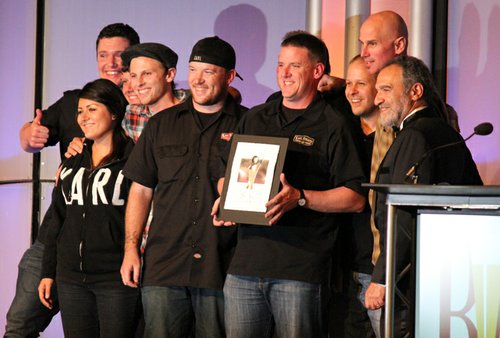 Karl Strauss Brewing Company takes to the stage to receive one of their two awards of the evening.

Particularly notable is the fact Karl Strauss was able to repeat as the champion in the Irish-style Ale category, earning gold for the second time in the past two WBC competitions. The company’s Two Tortugas, a Belgian quadrupel they brewed as their 2011 holiday beer, won bronze both at the WBC and last year’s annual Great American Beer Festival (the US version of WBC—both competitions are put on by the Brewers Association brewing industry trade group). 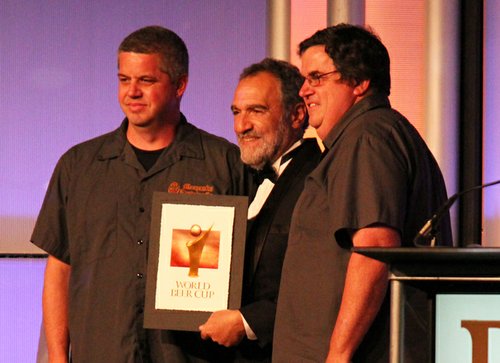 Nearly half (three) of Pizza Port Ocean Beach’s eight entries won awards, including Bacon and Eggs, a coffee porter that had previously not won any awards in Brewers Association competitions, but this time out nabbed gold.