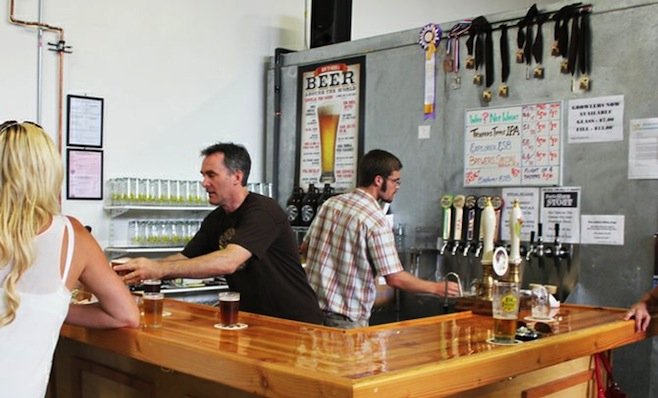 An English lesson or, more aptly, a lesson in New English, as in San Diego's New English Brewing Company.

The first three businesses I focused on in my five-part series on local breweries in honor of San Diego Beer Week were pretty well known. Still, I thought it was important for those just catching the craft beer bug to get the details on why they’ve become as popular as they are. Today, however, my focus shifts to a company that has experienced impressive growth during each of its years in business, yet hasn’t attained household name status. That company is: New English Brewing Company. 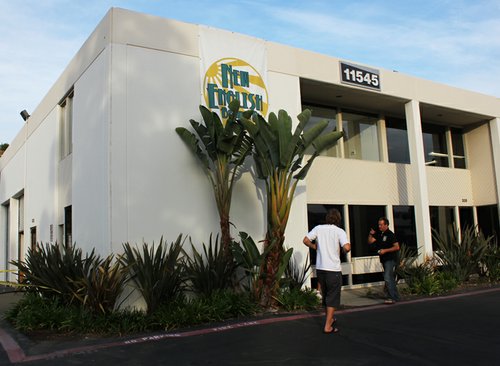 The Basics: The formula at this four-year-old operation is simple: an Englishman bringing the English ales of his homeland to residents of his current homeland. That’s the idea that drove former engineer Simon Lacey to go into the brewing business, and what continues to drive him to this day. Originally, he was a brewer without a brewhouse, and brewed his beers on a rented system at Five Points’ Mission Brewery Plaza. This year, Lacey made a big step forward when he opened his very own production facility near his home in Sorrento Valley. That space is very much the product of his own elbow grease, and includes a tasting bar equipped with dual beer engines for doling out creamy, heady pints that would pass muster at the public houses where he first learned to love the beers he is now devoted to doing justice. 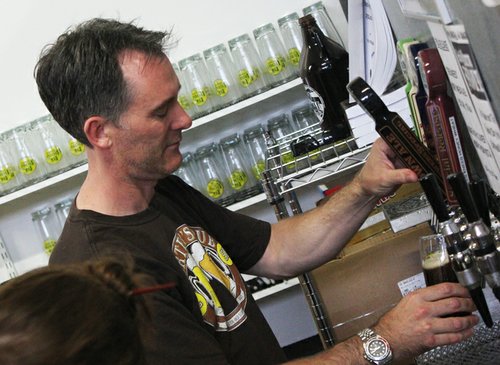 The Beers: Lacey is very happy with the taste and composition of his beers, and he should be. They are, as he set out to accomplish, akin to those one would find across the pond. While praiseworthy, oddly enough, that may be the chief reason New English’s growth has been slower than that of other brewing companies to hit the scene in the past decade. English ales are, by and large, much milder, rounder, and breadier than the typically aggressive, sharp, and hoppy products flowing from local breweries. Long story short—there’s a disconnect between what Lacey’s producing and the average San Diego drinkers’ palate. 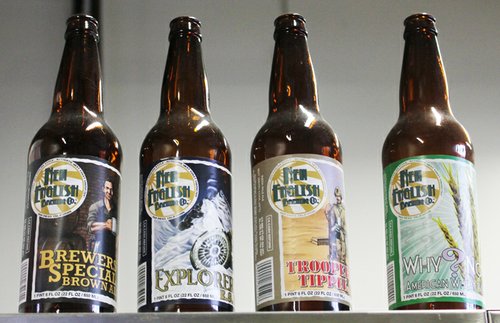 That said, as beer drinkers’ knowledge and experience rise, so too will their thirst for something different, something more. With so many beer-crazy people in America’s Finest City, it’s easy to forget that, in reality, we’re still in the very early stages of the craft beer movement. There’s a place for Lacey’s balanced-versus-overly-botanical Trooper’s Tipple India Pale Ale, and mildly delicious Explorer ESB. While IPA is a popular acronym, most people don’t even know what ESB stands for. The answer is Extra Special Bitter, and New English’s ESB is, indeed, extra special, as is its Brewers Special Brown Ale, which is actually far more flavorful than most brown ales being produced in San Diego and, in my humble opinion, the best brown in town.

One More Round: Though his is one of the tightest local beer line-ups with three year-round beers, Lacey also produces seasonal brews that are worth a taste and befitting the times of year during which they are released. These include his refreshing Why Not? Wheat, and Pacific Storm Stout, which is available from now into winter.

Whereabouts: You won’t see New English (11545 Sorrento Valley Road, Suite 305, Sorrento Valley) driving by the business park in which it resides. Pull in and head to the east side of the parking lot for a taste of what Lacey has on tap. Be sure to get something room temperature and velveteen on the palate from the beer engine.