Many have lamented the fact that Mission Brewery Plaza (2150 Washington Street, Five Points) is once again dormant. The facility, constructed in 1913 as the base of operations for the original Mission Brewery, went black when the company shut its doors in 1918. The facility was converted for multiple non-brewery uses, but was once again put to use as a brewing facility over 90 years later when Dan Selis resuscitated the Mission Brewery brand under a new set of beers and ethics.

In 2010, Selis and company moved to a base of operations in the East Village next door to Petco Park’s Tailgate Lot. When that occurred, the brewing equipment at Mission Brewery Plaza was being utilized by brewers without their own brewhouses, including the heads of New English Brewing Company and Five Points Brewing Company. Earlier this year, when Simon Lacey of New English opened his own brewery in Sorrento Valley and the short-lived Five Points went out of business, Coronado Brewing Company moved in with the plan to craft a variety of libations independent of their base brand at Mission Brewery Plaza.

At the same time Coronado Brewing Company was working on that venture, they were hard at work trying to open up another brewing facility, a 14,000 square foot brewhouse and company headquarters with a tasting bar in the Tecolote Canyon area (1205 Knoxville Street). Though they are now brewing there, it has yet to open and ended up taking up all of their energy and effort outside their original Coronado-based brewpub. So, Mission Brewery Plaza is no longer in their plans. Most believe this is the onset of another dark period for the iconic airport-adjacent building…but they’re wrong.

Coronado Brewing Company is in the process of handing the facility over to a newcomer business which will operate under the name Acoustic Ales Brewing Experiment. Given how early they are in the process, the types of beers Acoustic Ales will brew has yet to be disclosed, but what is known is whose behind the operation. This business is an experiment being conducted by the individuals behind beer and burger bastions Encinitas Ale House and La Jolla Public House. 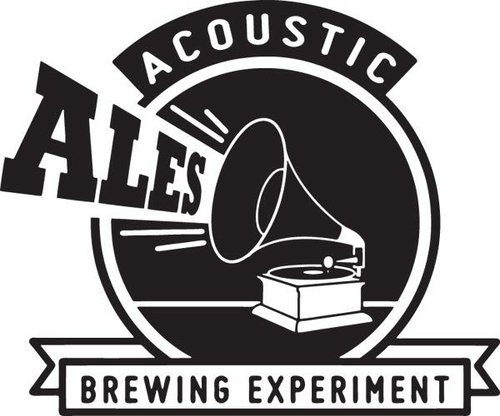 Acoustic Ales' beers are currently on-tap at Encinitas Ale House and include ZZ Hop American IPA, Mosh Pit Red Ale. Those beers are being produced off Mission Brewery Plaza's 15-barrel system. In a way, it is good to know that, given their ability to open the eyes and palates of non-crafties to the beauties of Belgian and American craft beers, an admirable level of beery passion exists at the core of the business and those that provided the infrastructure for this new offshoot. Hopefully, that will carry through and make for a brewing identity that’s built to last in these elusive environs.

Dan Selis NEVER played a role in Mission Brewery Plaza. Clint Stromberg (with cooperation from Coronado) rebuilt the brewery and opened 5 Points and I was right there with him during the process. Dan did indeed use the name for his downtown brewery (hence the name 5 Points). I'm tired of seeing Dan take/get credit for other people's work and investment. I've seen similar stories in San Diego Magazine and other sources in the craft beer industry. Clint and I were also involved in the original renovation of the building and installation of the brewing equipment. That project was done by Mike Foote (late 80s).