Stepping Back Through the Red Door

Those who’ve been to The Red Door Restaurant and Wine Bar in Mission Hills are familiar with the fact it’s a pleasant, homey space with a neighborhood hub feel. What previous visitors might not be as familiar with is the cuisine of chef Miguel Valdez. His arrival was a quiet one.

The restaurant had parted ways with several toques in a short span, so it wasn’t the sort of hire a business owner wants to shout from the rooftop. But after checking out Valdez’s cuisine earlier this week, I’d say it’s certainly the type of acquisition worth making a big deal about, no matter how far after the fact.

A nice example of his skill and solid execution is a starter that eats like a meal—pork cheeks wrapped in golden puff pastry, then nappéed with a reduction of the white wine-fortified veal stock the meat was braised in. The pork is perfectly cooked—whole and tender, but not braised to the point of decimation. Its flavor is delicate, as it should be, and amplified by the beefy sauce and a sweet onion marmalade. It’s a luxurious and flavorful plate of food. 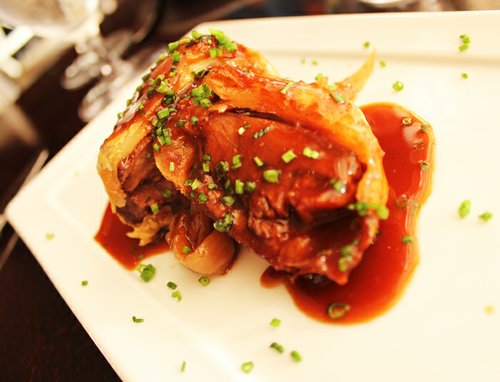 A much humbler dish, shepherd’s pie, gets dressed up without pretense. There’s succulent duck confit instead of ground lamb—an upgrade to be sure—but the real enhancement comes from…nicely cooked turnips? They tasted great, as did a top layer of Yukon gold mash that would be good laid atop a roof shingle. But use it to shelter piping hot, bold yet not overdone (more upper-middle-class than rich) fowl filling, and you have the cornerstone of a spectacular dish. 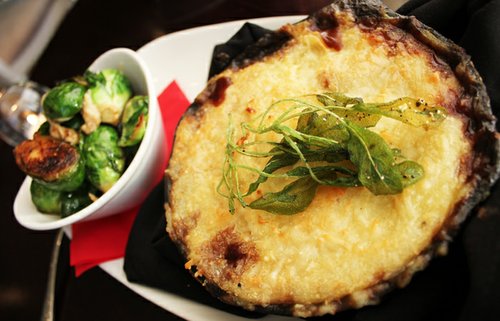 Also impressive was an off-the-menu item being tried out for potential debut at next-door sister venue, The Wellington—slow-cooked, teriyaki-glazed chicharrones with a spicy chimicurri sauce. Valdez saves his restaurant’s pork skin trimmings and does them more justice than I thought possible, rendering them unctuous in the middle while crisping their exteriors. It’s the kind of thing that’d be easy to eat way too much of. I’m craving this starter while simultaneously praying it makes it to the big show. 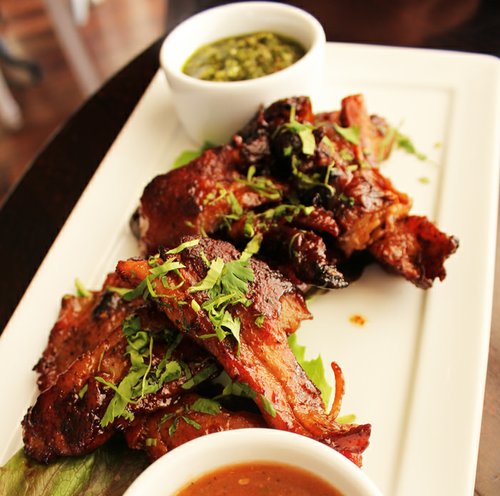 Thanks to my affinity for luscious, yielding animal flesh, the preceding braise-o-rama illustrates Valdez’s skills in slow meat cookery. Fortunately, I didn’t come alone. In fact, my counterpart provided the perfect yin to my yang, looking for greens, veggies and as little fat as possible, providing details herbivores and pescatarians can dig on. 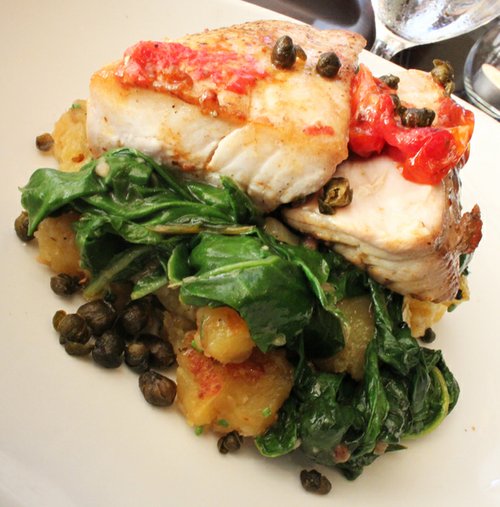 The catch of the day was local yellowtail, which tasted fresh and had the same delightful fall-apart qualities as the meat and poultry. Flaking off a hunk and running it through a highly citric buerre blanc was a pleasure, as were the accompanying expertly cooked sweet potatoes. 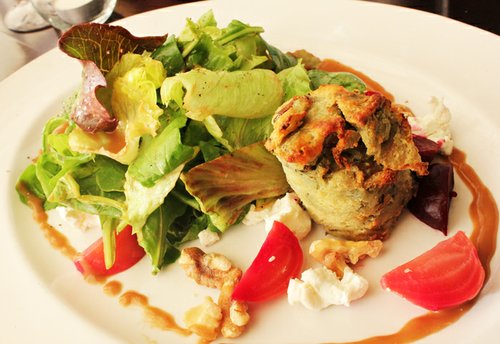 As would be expected from a place that sources vegetables from their own patch of local land, a plate of salad greens was extremely fresh. Firm, sugary, magenta beets added character as did a scrumptious, warm and spongy savory blue cheese bread pudding. The latter had just the right amount of fromage to bring on the blues without coming off as penicillin bread. Speaking of bread, Valdez makes his own wheaty variety, which comes gratis, and it’s very tasty. 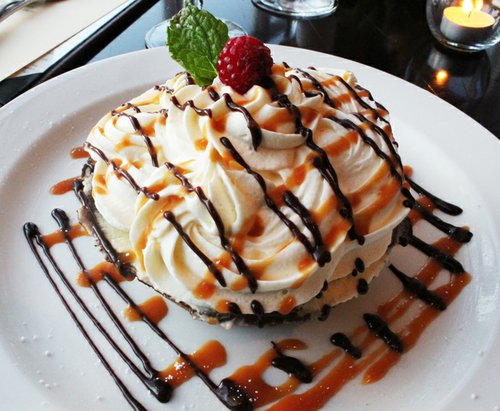 Ditto the desserts. A mini banana cream pie (which has no business using the “mini” descriptor as it’s enough to split between two-to-three people) reminded me how much I love this dessert. Instead of reimagining this classic or adding bells and whistles, Valdez keeps it real, letting the pastry cream taste like vanilla and allowing fresh sliced bananas to bring on the fruit. Also impressive, and a lot more decadent, is a half-cylinder of chocolate cake and dense, salty-sweet peanut butter chiffon draped in chocolate, which is also suitable for splitting.

I’ve always thought highly of The Red Door, but this dinner blew doors on anything I’ve experienced there before. This was the first meal I’ve had in some time where there were legitimately no errors, shortcomings or negative items to speak of. I’d forgotten what that was like and enjoyed being reminded. The Red Door is located at 741 Washington Street.

Also, it's good to keep tabs on places when chefs are switched out. This doesn't happen enough and the public is left with critical impressions of a restaurant that don't really hold water since the people who used to cook there are long gone. Thanks, Brandon.