Always liked the French, always liked the Vietnamese. So when I spot this food truck “Hoangie’s, Banh Mi on Wheels,” I have to stop. Because I see they really want us to try their kinda French-Vietnamese-fusion baguette sandwiches. 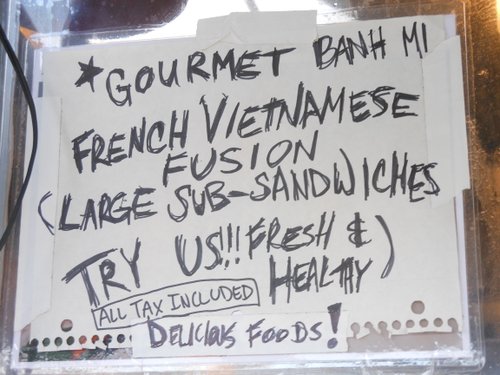 What they’ve got is banh mi. 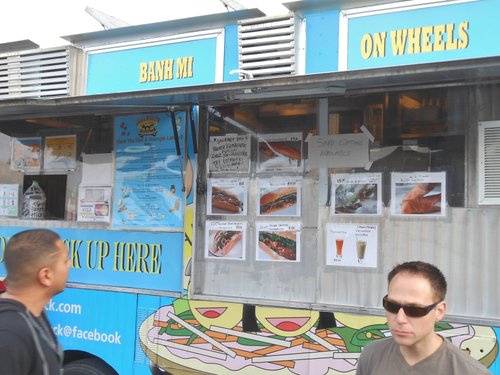 “It’s from when the French were colonizing Vietnam, our country. They brought wheat and bread, and the idea of a baguette. We were used to rice, but we kind of adapted it, Vietnamese style.”

Jenny and her two brothers Michael and Ken started this business. 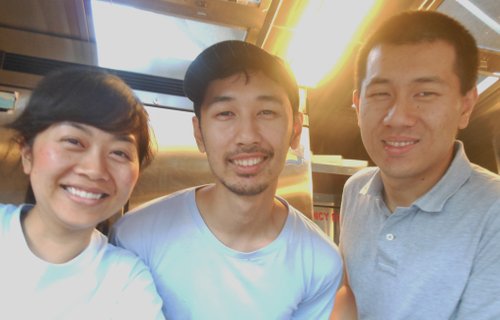 Turns out these guys have been on the road only three months. It’s a big adventure still. 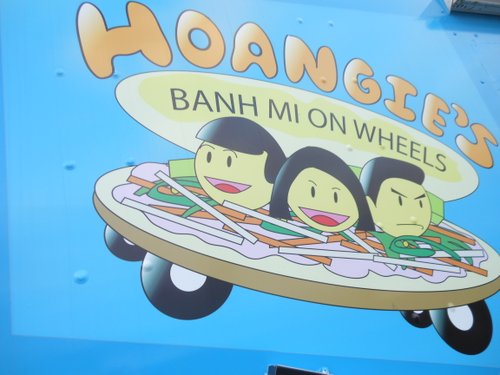 I get the Oink Banh Mi (could have had beef, chicken, tuna or tofu): “sweet marinated pork shoulder in baguette, with spicy aioli sauce, French butter...” But the Vietnamese difference comes from the tangy pickled daikon radish, carrots, cilantro, sliced jalapeños and cucumbers. Together, they just taste nicely lemony, spicy, a slightly sweet vinegarish Asian. 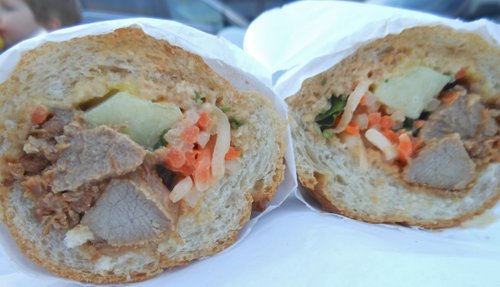 “Our family is the Hoang family, and we make a kind of Vietnamese hoagie, so we combined the two words,” says Jenny.

I swear. This is good. Are we living in the age of fusion or what?

Watch for the whole truck thing in an upcoming Tin Fork.