Usually, I hear those words and I think golf.

I blame Mary Beth Abate and Ian Pike. They've both been in and written about it.

Me, I couldn't resist either. For starters, this place is pulsing. We’re talking around nine at night. Plus I like the little island of warm lights and timbers. And then Derek. He's a bouncer who actually makes you feel welcome. And then the long plank tables inside, with lots of old exposed beams everywhere. Kinda urban take on a loggers’ social hall. Samoa Cookhouse, Eureka. What's not to like? 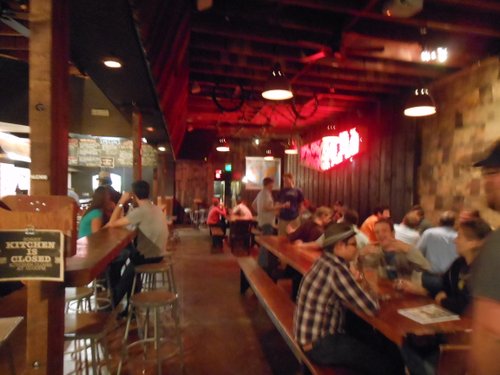 I end up with a pretty good Bear Republic Hot Rod Rye. 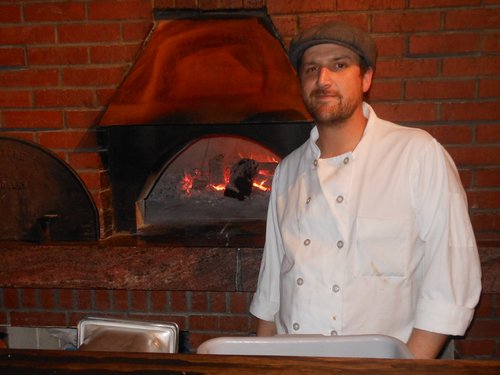 “This is a scratch kitchen,” he says. “Beer-oriented, of course. Oysters go so well with beer. Specially, say, an Irish stout. That’s why we have lots of oysters on the menu. They’re from Carlsbad. We go for local and organic. That puts the price up. Not like France. There you have to pay extra not to be organic.”

They’ve got a mushroom lentil sandwich for $7, a pork bratwurst for $9, and, hey, an oyster po’ boy for $10. “Chicken-fried oysters, cabbage, remoulade, pickled chili, shaved red onion on a baguette with a side of pickles.”

That’s the one, and it goes down great. Squishy, tasty, creamy, and tangy with the pickled chili and pickles. 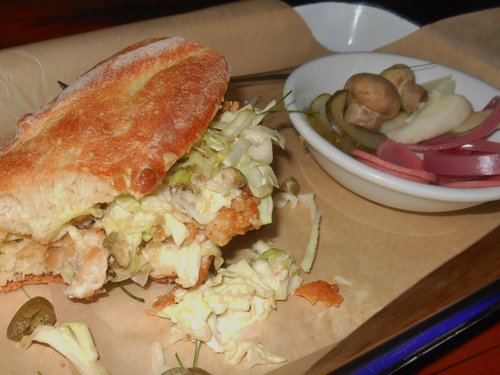 Too eager: started chewing before I took pic

So no, not cheap, but healthy, pretty delish, and with people who want to talk beer all night long.

Met the owners, too. Way-cool dudes. 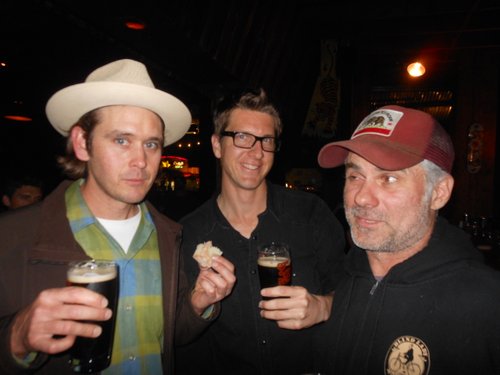 Owners: Lee and Jeff (left and right), and Morgan, the manager (center)

You pay extra not to be organic in France? Please explain!

jhutt: Good point. I'll need to get back to Aaron to see if he was just making the point that the French were more organo-conscious than us, or if he literally meant it. Stay tuned!