Maki and nigiri are far and away the most common types of sushi available at Japanese restaurants in the US. There are other, less readily available sushi preparations, such as chirashizushi, can make for an entirely different gastronomical experience.

Chirashi is a method of preparing sushi whereby the cooks start with a bowl of sushi rice and then add the raw fish and other ingredients on top. It's not the easiest dish to find on a menu, but Wonderful Sushi (1288 University Avenue, 619-291-0240) has two varieties. The restaurant, while not exactly upscale, seems to have a better product than other places in its price bracket. Wonderful Sushi also has more space than other, popular sushi joints so it will be easier to snag a table on a busy night.

In addition to the rice and fish, a Spicy Chirashi Bowl ($11) had a few slices of tamago (the layered omelet) and a generous amount of greens and vegetables. The entire bowl gets smothered in the sweet, spicy sauce that comes alongside the bowl. After that, it's time to dispense with the chopsticks and stir the food together until everything is nicely distributed. Then, just dig in with a spoon. 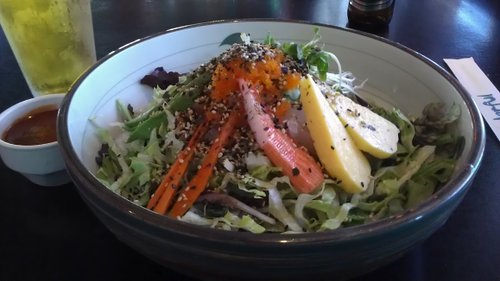 The chirashizushi came with a little bowl of miso soup to start with, and the combination of a hot bowl of soup and a cold Sapporo ($2 during happy hour) really helped to get the appetite started before the main event. 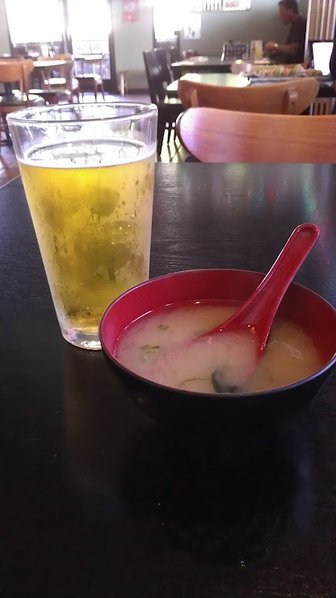 Spicy food isn't for everyone, but the bowl would be excellent with just a little soy sauce to season it. The dish was generous enough to be filling (though it could have had a little more fish and a few less greens), and was a much different experience than the piece-by-piece method of eating rolled sushi.

Also on the menu, a different bowl that is topped with different fish roe is a little bit cheaper; and perhaps a bit more adventurous for anyone who isn't certain about the salty "tiny little water balloons" taste of fish eggs.

I should not have read this just before preparing a pasta dinner. Suddenly, I'm aching for chirashizushi with tiny salty water balloons on top.

I was on my way to a different place to eat, but it ended up being sushi for me :D

This sounds like it would make a fine breakfast, too.

I could get into that. I bet it's hard to find a Japanese restaurant that's open at breakfast time though.

Depends on what time of day you wake up.

Usually around 3 AM, actually.