It was probably some form of internet advertising that led me to Ai Sushi and Teriyaki on Sixth Ave downtown. At least, I assume it was the internet’s fault since I was grossly misled, something which happens often online. I was under the impression that Ai was a more upscale teriyaki grill and I went there with visions of finely grilled fish and meats. Finding the florescent lights and food court stylings at the unassuming Japanese restaurant let me down none too gently. Although, I must say that the illustration of a tree with some little birds on the wall inside was pretty cool. 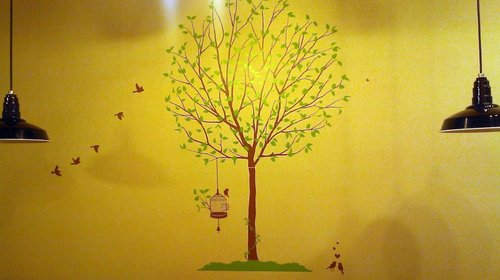 The teriyaki selection didn’t extend beyond a few chicken dishes, some grilled eel, and a liberal use of “mabo.” I was unfamiliar with that last dish, so I ordered an appetizer ($2.95) to try it out. 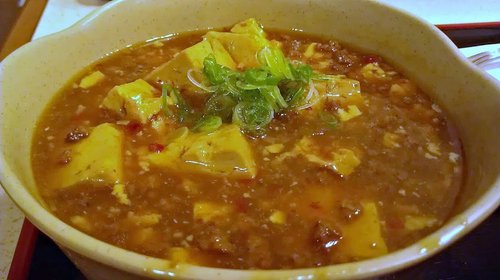 Now, it’s pretty rare that I just don’t like something, but the mabo lacked any redeeming qualities. It was a gluey, sweet and sour sauce speckled with ground pork and cubes of tofu. The texture was closest to the “lobster sauce” of American-Chinese food, but it didn’t taste that good. At least it was cheap.

I’m not crazy about surimi--the meatlike seafood product made from minced and artificially flavored fish--and it figured highly in Ai’s noodle soups. The restau does get credit for having chanpon on the menu, as that soup isn’t nearly as popular as udon or ramen soups. They dressed the chanpon with a few, mediocre shrimp, some squid, a few octopus tentacles, and sliced surimi. The best part was the broth, which was a hearty chicken stock that was just salty enough for a cold night. The whole thing was “good enough.” 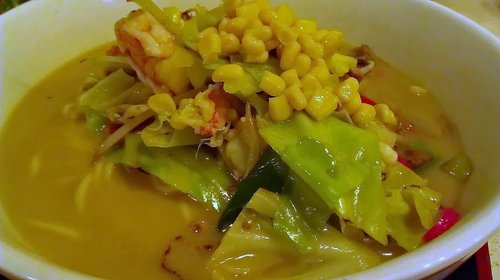 Seafood udon soup was also “good enough.” I think that floating tempura shrimp in a bowl of noodle soup is a bad idea, since the spongy breading is like the last pieces of cereal drowned in the milk at the bottom of a bowl. That said, the broth was good enough. 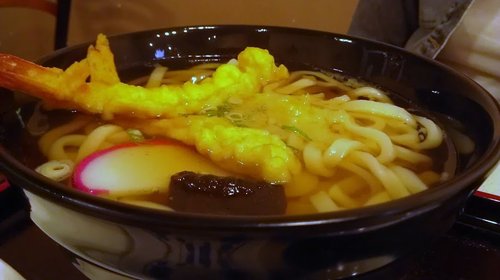 What’s my takeaway on Ai Sushi? It’s good enough that, if I was walking by and I was hungry, I’d pop in for a bowl of soup. It wouldn’t be the kind of place I would journey to, however. I’ll save that for the various izakaya in Hillcrest.