Pierre could be the guy with the beret and the black apron working away right above us in the white food truck. 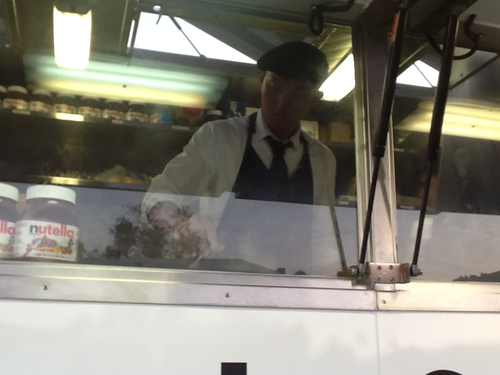 Crepes Bonaparte. Truck’s only been going a couple of months down here. They started up in Orange County, but they’ve been on the Food Network, Eat Street, tons of other TV stuff. 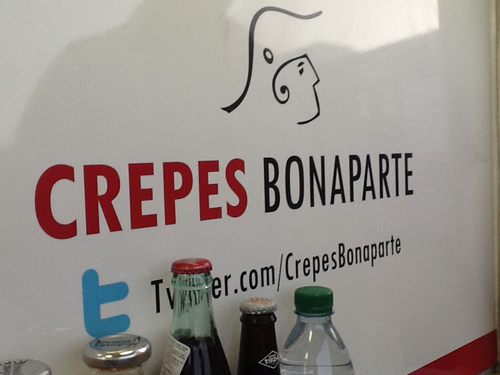 Fact is I’ve never been totally in love with crepes, but I hear these guys do a mean strawberry, banana and Nutella crepe they call the HazelBerryAna ($5.75). And also good savory ones like the SouthWestern Spice, with “grilled peppers and onions, seasoned chicken, cheddar and chipotle sauce,” ($6.75).

This is Third Friday evening, when the food trucks gather at 57 Degrees (1735 Hancock Street, below Mission Hills, at Washington Street, 619-234-5757). The nice deal is you can buy food from the trucks and then go up to the wine shop, buy a $5 glass of wine or $4 draft beer and go onto their cool patio under umbrellas. 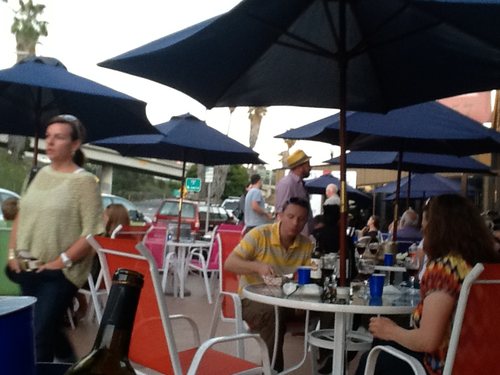 Chelsea, the gal taking the orders... 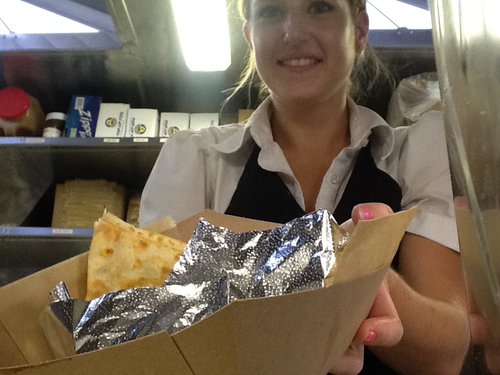 ...says the dessert crepes are way most popular, but I figure savory would go good with a Stone IPA I know they’re pouring up there in the wine store.

I end up ordering a Baby Bleu (with bleu cheese crumbles, seasoned chicken, baby spinach leaves, and raspberry vinaigrette dressing). It costs me $6.75. 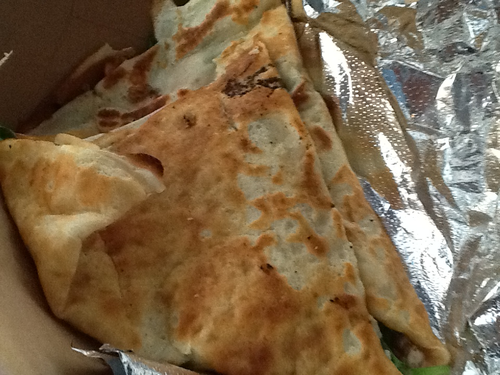 I take it up and chomp it down in minutes. Have a beer but kinda wish it had been a wine. It would’ve gone so well with the raspberry vinaigrette. 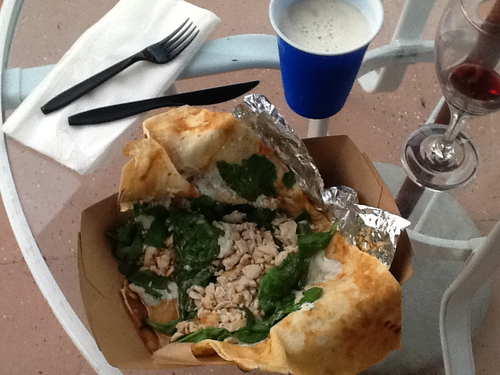 Have to say, this is a supremo crepe, from what I know.

And when you think about it, crepes, wraps, tacos, burritos, sandwiches, they’re all just vehicles to carry the actual stuff we want, like meats or veggies or sweet thangs.

Or, as with this chicken-bleu cheese-raspberry combo, a bit of both. 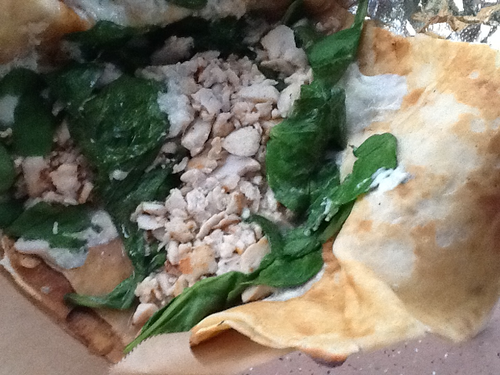 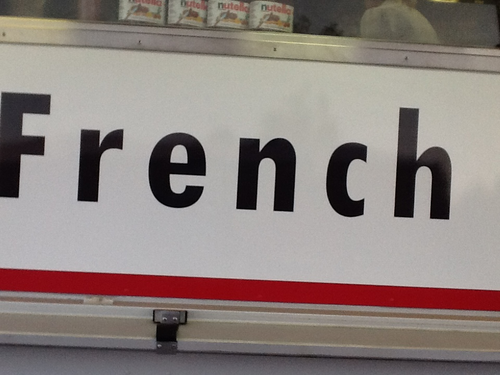 So back in the day, the little budding chef known as Ian Pike was a celebrity in the high school French class because he made the best crepes in the history of Ms. Ham's (aka Mme. Jambon's) French class. The curriculum in that class centered around watching French language versions of Disney movies (Jaffar is even creepier in French) and making crepes.

To wit, crepes are near and dear to mon coeur!

Boy, wish I'd had Mme. Jambon. Our French teacher was great, as far as grammar. Only trouble was he couldn't speak it. I guess I need to give crepes a better break. Why do you think they're suddenly everywhere? Is it wraps meet trucks meet return of the French influence, like after a decade of the Freedom Fries fuss?