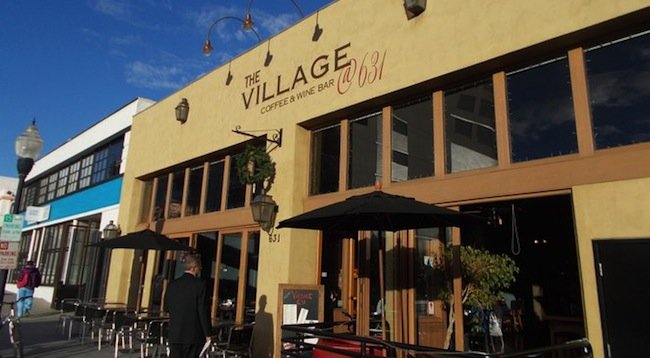 The Case of the Naughty Constable

What do a Naughty Constable, Juicy Scandal, Flagrant Seeds, and Tasty Treason have in common?

They’re all crazy-interesting sausages you can have in the sausage board ($9)... 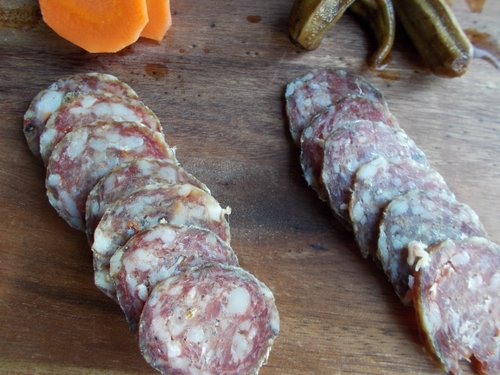 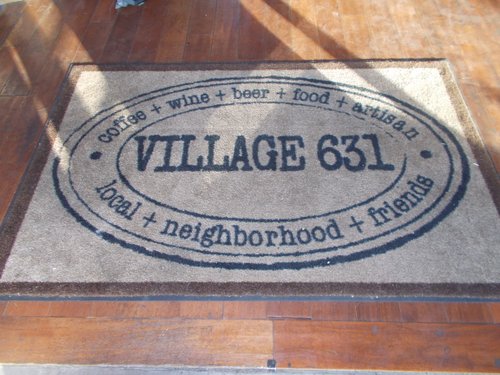 Actually the sausage board is supposed to be strictly during the wine bar hours (from 4:00 p.m. onwards). 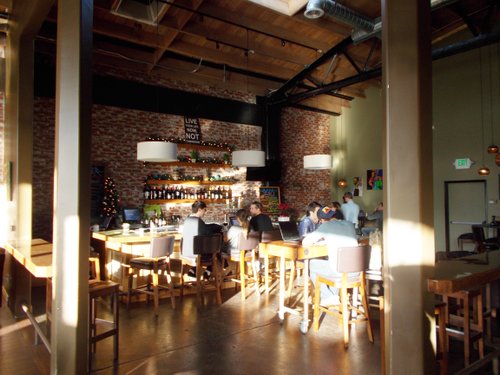 Wine bar area. The brick walls and arched timber roof are original to building's days as glass factory, about a century ago

But if you can wheedle Sarah-Dawn... 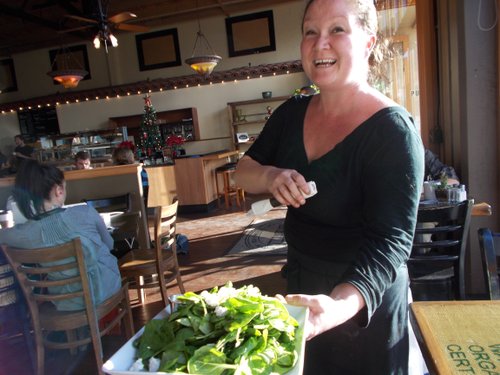 ...who kinda runs the place during the day, you might be able to get her to sweet-talk the chef into making one early. She sends Judy over with my board. 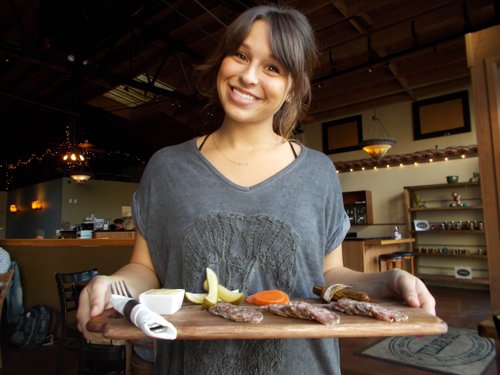 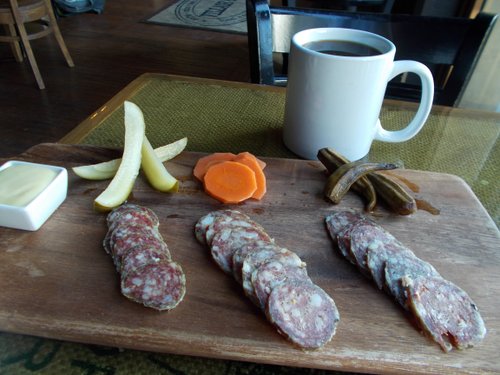 Check out the pickled okra, right

And it’s worth it. I mean, mostly what you see in the afternoons down here in the heart of East Village... 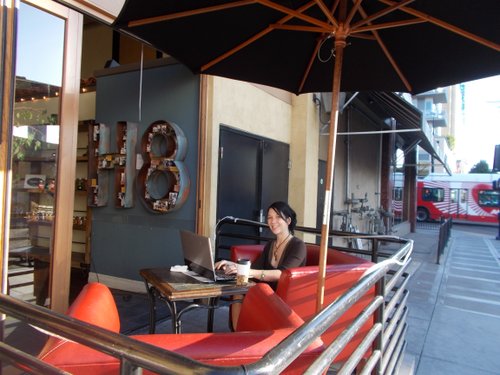 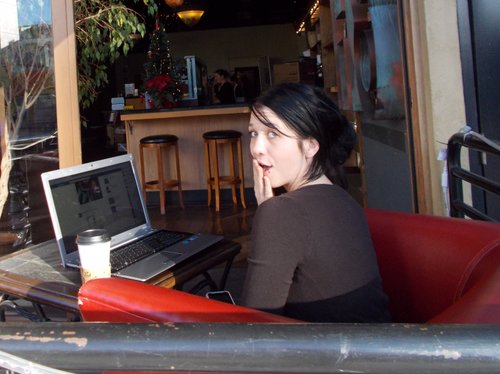 Megan, "caught by surprise" - studies in comfy chair outside

...is students attacking laptops, slurping a cuppa joe and grunting as they oil the wheels of their imagination designing buildings (the students of the nearby New School of Architecture), or making an argument for the defense of a drunk driver on his 35th DUI charge (students at the Jefferson Law School, also nearby).

It's a quirky, arty place. 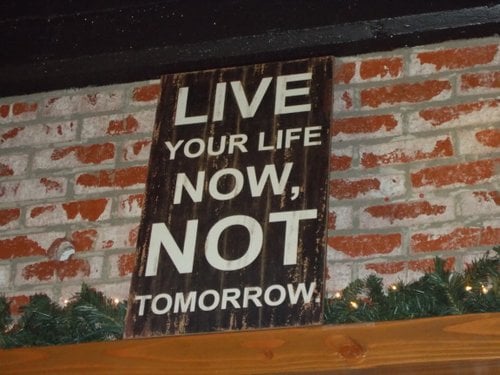 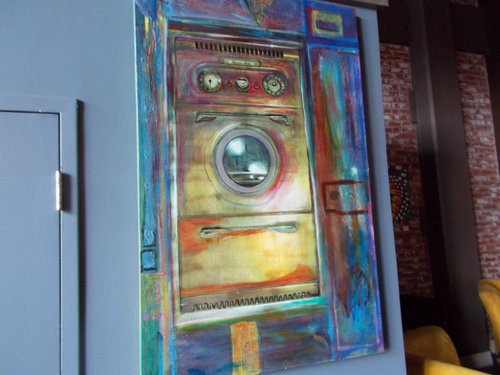 But come the setting of the sun, the cocktail and snack crowd turns up, and the sausage-slicing starts in earnest.

These "saucissons" are at their best with a chunk of baguette and a glass of vino, but even as I’m having them - with coffee - this oddly-named collection is über-interesting.

Like, Juicy Scandal’s a dry spicy-hot salami from southern Italy. Flagrant Seeds is a finocchiona salami with an aniseedy flavor. Tasty Treason is a salty French sausage that “has a sweet punch of cardamom and orange.”

And Naughty Constable? Something about "Thurirger Cervelot style sausage spiced with caraway and juniper."

But you’ll have to ask Sarah-Dawn.

And while you’re about it, ask her where da heck they got these names from. 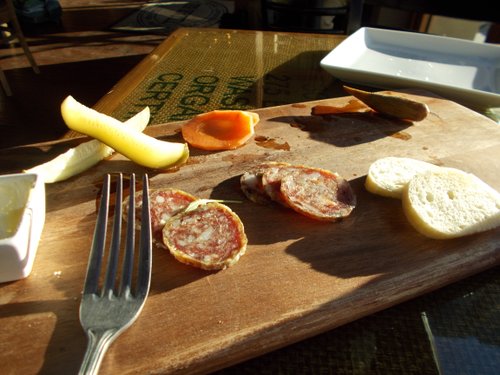 The remains of the day