The Christmas ice rink at the Hotel Del has hot toddies and snacks. Worth the Del premium?

There's no getting around it: Night skating on the oceanfront in Coronado is magic. The rink, the screams, the laughs, the holiday music, the shushing of the skates, -and your hands around a mug of hot chocolate at the edge, surrounded by worried parents and giggling girlfriends. 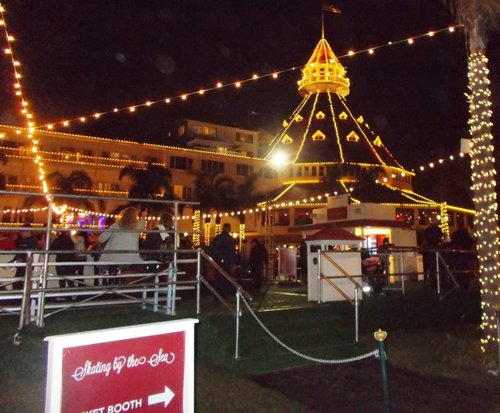 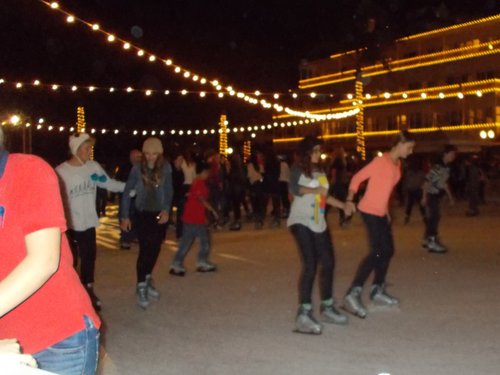 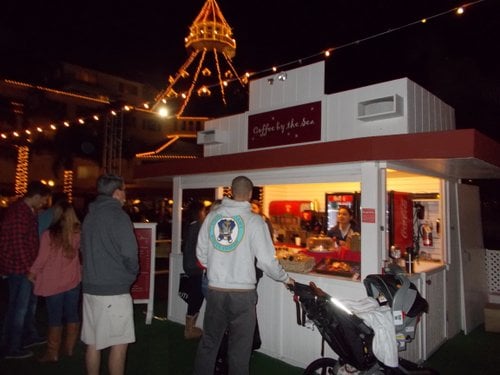 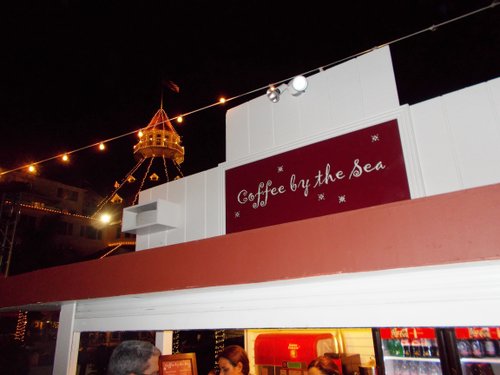 Add a Hamilton and you're in really tempting territory: A "Winter Warmer" like the "Nutty Irishman" (Bailey's Irish Cream, Frangelico and coffee topped with whipped cream and a sprinkling of nutmeg) goes for $13.

Or couldn't you just warm your gullet with a cup of mulled wine. The Sugar and Spice is the Del's mulled (warmed) wine recipe with brandy and Stirrings ginger liqueur, also $13.

So no. No such thing as a cheap option really. Even domestic beer runs $7.75. 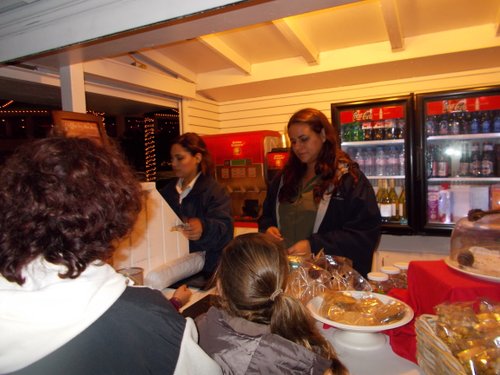 "Most people want the hot chocolate," says Jessica, "or the Nutty Irishman." 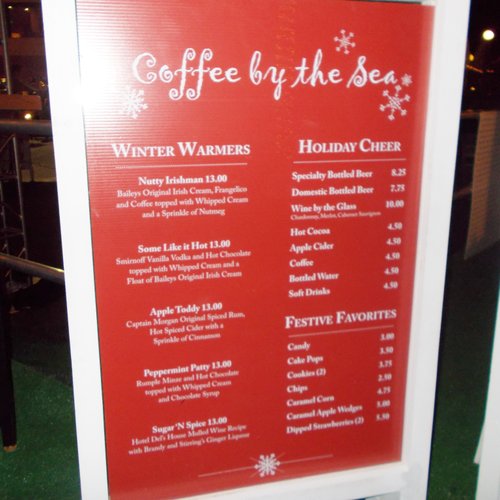 Look at it this way. Yes, renting skates alone will cost you $25 ($20 for kids), but actually turning up and just watching costs nada. The show is free. Feels like you're at someone's wedding. Someone's Victorian wedding. The merriment makes you forget that wicked world outside. It makes you think Charles Dickens. You come away feeling, well, uplifted, like Scrooge after his three ghosts have given him his attitude adjustment. 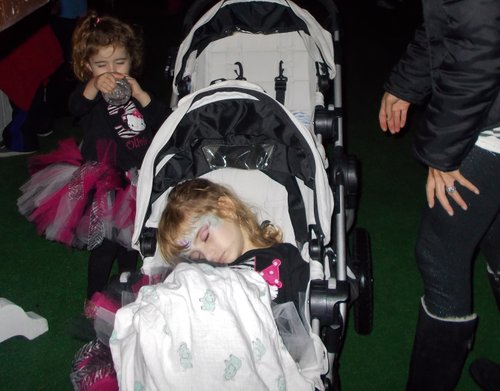 Too much for Maria. It's been a long 4th birthday

It goes on till January 9th.