Whole Foods lunch in Encinitas is quick and disgustingly healthy

See a bunch of people in a courtyard, eating out of boxes, looking healthy.

Hey, who doesn't want to be healthy? 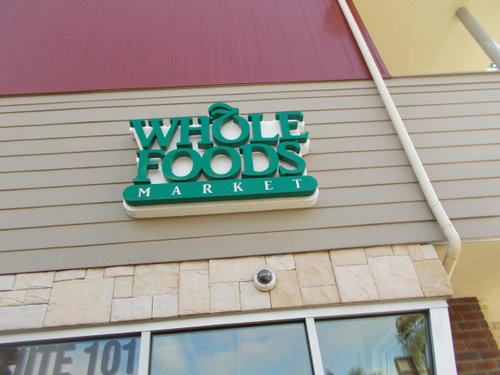 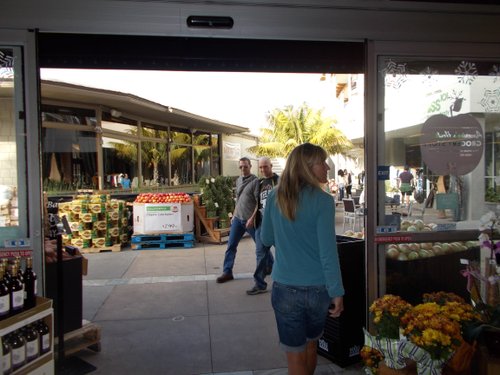 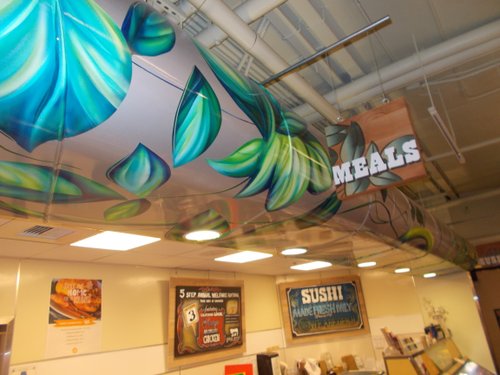 Paula, who also looks like she does the marathon every Sunday, recommends the soy deal. Six bucks for a rack of roasted soy bars and two sides.

"How about the brussels sprouts and the butternut squash?" she says. I look at her. She sees my face.

So I do. And have to say, the sprouts and other stuff I see in the display... 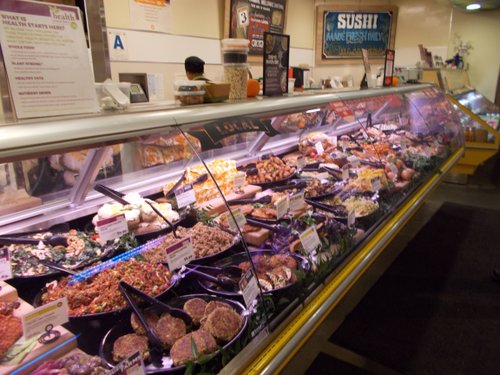 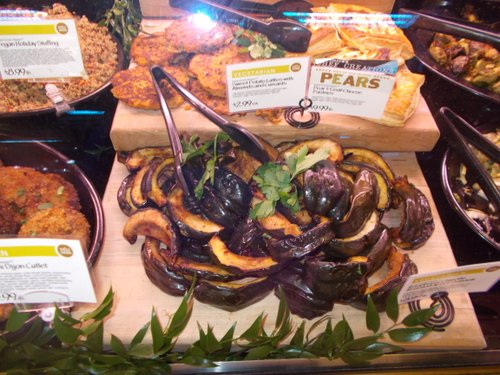 Even the eggplant looks good

...look nothing like my grandma's. They're sautéed, all brown and green and nutty. And the squash looks all kinda sugary, reddy brown. 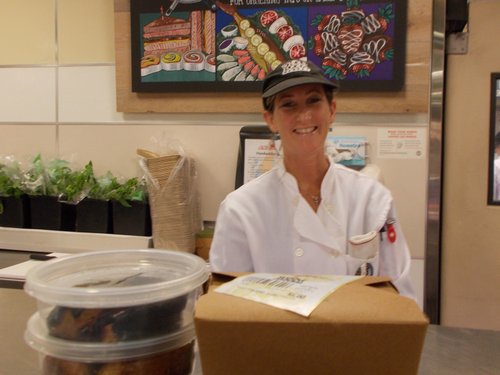 Paula and my six-buck lunch

Six bucks later, and I'm in the piazza with all the other well-to-do folks who can afford Whole Foods. 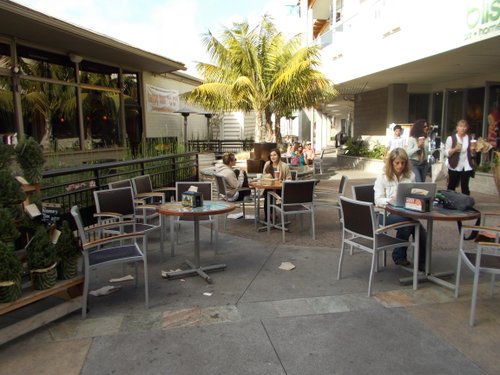 The secret? The lunches can be cheap. I fill up totally with the soy and the sides.

Secret to successful soy? Go for the more cooked ones. The lightly burned thing takes away from the slightly gunky blandness of soy. 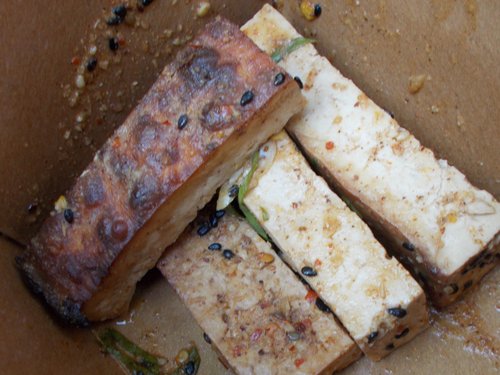 I pass Paula on the way out. You can see her face. It's saying: 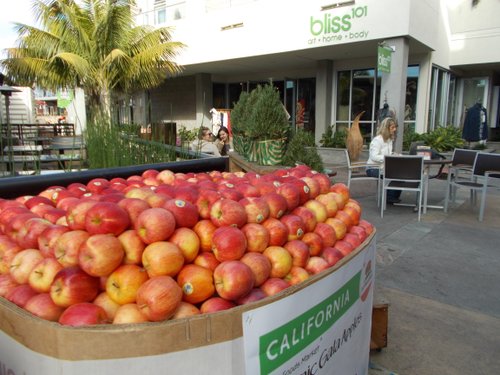