The patio at Park House is excellent. Shading is sufficient so it's manageable on sunny days, and the outlook on Park Boulevard in University Heights is very pleasant. The interior of the restaurant is very nice as well, but on an ideal day during lunch, the patio is a must.

Service was ultimately inattentive, though friendly enough when the servers found the time to check on the table. 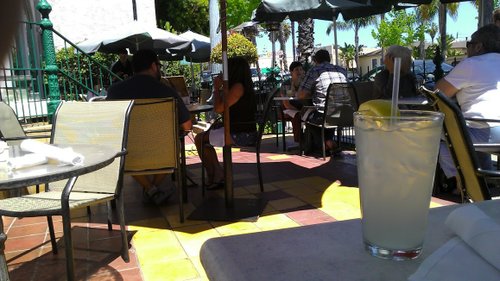 A lamb burger ($12.95) featured a generous amount of gorgonzola cheese, a crusty bun, and an excellent tapenade. The olive spread was a bit of a surprise as a burget topping, but ultimately proved to be the biggest delight of the sandwich. The side salad (served in lieu of fries) was a bit forgettable as the dressing lacked distinction. 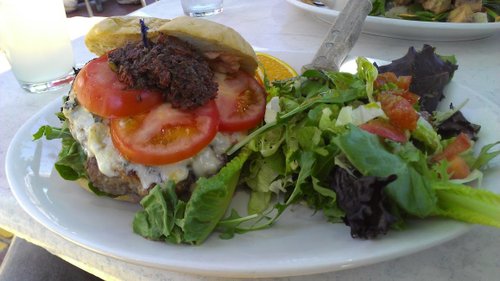 For lunch, a soup and half-sandwich deal ($9.95) that included a cup of the Park House's delicious shrimp and potato chowder. Though the cup of soup misses out on the grilled shrimp that accompany the bowl, the body of the soup itself was wonderfully rich and carried lots of flavor. An ahi tuna salad sandwich had a bit too much bread for the filling and the fish could have been more plentiful. Still, what fish there was proved to be very scrumptious. 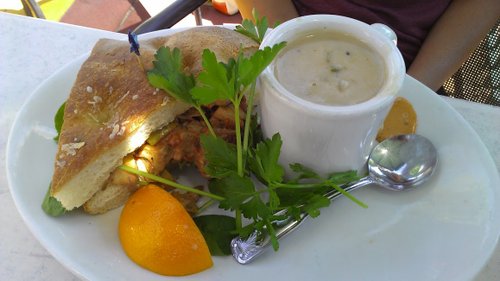 Drinks were a bit on the expensive side. $3.25 for a perfectly average glass of lemonade and over $5 for all the draft beer (none of which were particularly breathtaking selections) can make a lunch bill balloon out of control pretty quickly.

A small but irksome quirk of the Park House Eatery was in the menu printing. Lots of syntactical ambiguities created menu items that were confusing or misleading. For example, "totally eggless Ceasar salad, lots of garlic and focaccia croutons" could contain lots of garlic as well as some focaccia croutons, or it might have lots of croutons that were made with garlic. Inference dictates that it is likely to be the former, but having to puzzle through these kinds of things is antithetical to a nice dining experience.