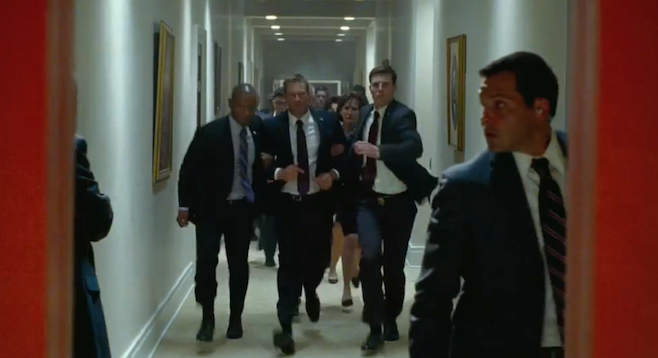 BEHOLD THE NEW FACE OF TERROR!

If there's one thing the remake of Red Dawn taught us, it's that we cannot afford to underestimate the threat posed by NORTH KOREA. I know, I know - we've spent the past decade fighting wars in Iraq and Afghanistan (and, you know, Pakistan, but mostly with drones, so that doesn't count). But don't let that fool you - the real enemy is NORTH KOREA. You know, the people who committed acts of terror against...South Korea...in 1987. And who managed to put a satellite in orbit after only FIVE TRIES. BEWARE.

And that, little children, is why it makes total sense for the terrorist bad guy who successfully takes over the White House and captures the President of the United States in Olympus Has Fallen to be KOREAN. 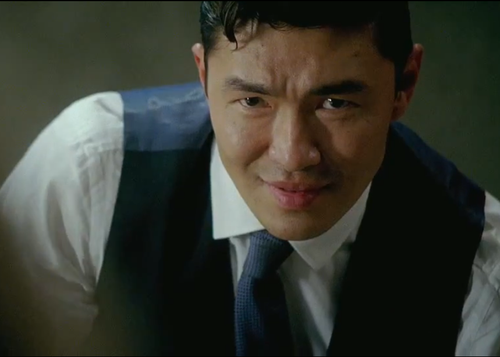 You know, that and the fact that we've gotta be careful about stirring up anti-Arab sentiment. And we can't afford to alienate the Chinese market. Foreign box office is where it's at these days.

Looking at the screencap of the YouTube video, I'm not sure if it's a rip-off or a "homage" to ID4: 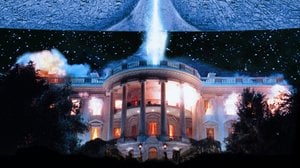