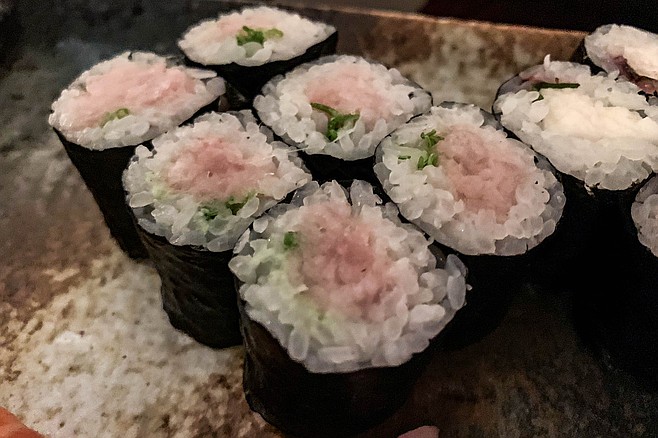 Sushi Tadokoro and its bass reputation

More than four days in a house-made miso marinade

That’s what a server tells me, when I tell her I’m trying to choose between the grilled Chilean sea bass and the teriyaki black cod. Often, black cod is the best bet in a fine sushi establishment such as Sushi Tadokoro, but there’s no hesitation here: go for the bass, she says. And I don’t argue. According to the menu, it’s marinated four or five days in miso paste.

Now, some might argue that ordering cooked fish would be a waste of the talents of the three hard working sushi chefs slicing the raw stuff behind the sushi bar. That trio includes the esteemed Takeaki Tadokoro, “sushi chef, owner and dishwasher” as he labels himself in a note on the menu. Rest assured, I was here for the sushi. But that note from Tadokoro is there to let you know all the sauces here, from soy sauce to ponzu, have been made in house. Same deal with the miso on that seabass. 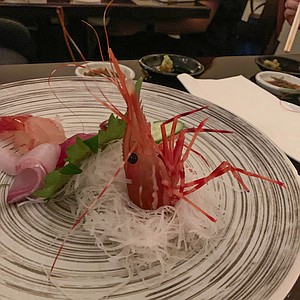 A shrimp so fresh it still moves on the plate

A photo taken in this dimmed light restaurant won’t do it justice, but when the thin filet of white fish comes out, it shines, almost glows, dressed only with a bright pink, pickled ginger root. Neither fishy nor salty, the pristine fish adopts the sweet and umami depths of the miso. It’s delicate enough that a piece pulls away with a gentle pinch of my chopsticks, yet firm enough not to fall apart on the way to my mouth. Once there, it offers little resistance to my bite, just enough to give me something to chew. I resist the urge to salt it with soy sauce, and as I keep eating, from charred edges to glistening center, I’m rewarded for this by increasingly nuanced depths of flavor. By the end of the dish, I’m ready to concede it’s among the city’s best seabass dishes ($14). 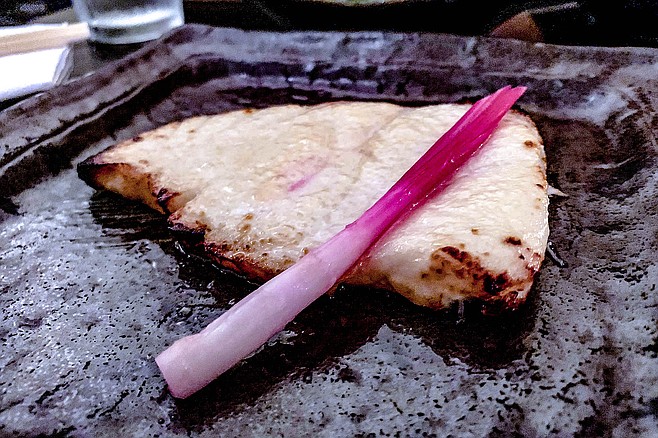 I say this also having ordered a piece of otoro tuna ($9), the fatty belly cut that occupies the top echelon of sushidom all by itself. And a piece of halibut nigiri, the fish cured in kelp, leaving it translucent and enhancing its normally light flavor. All of it’s good, from simple cuts to simple rolls, including negi hamachi in which the pinkness of the yellowtail brightens the room. 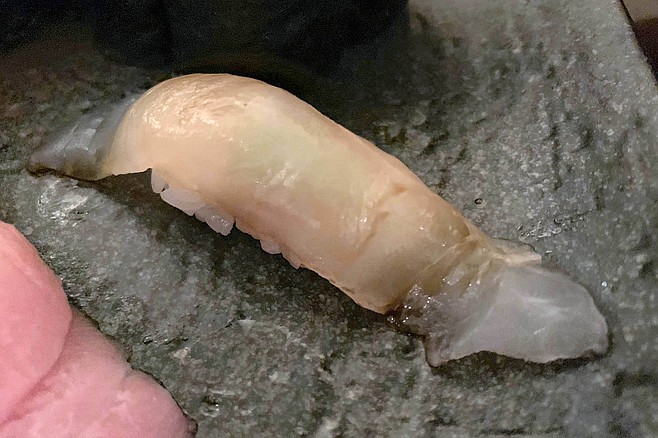 Maybe this little sushi spot is too often overlooked because it sits in an itty bit of strip mall on the outskirts of Old Town, but exquisite fish and distinctive house sauces combine to make it one of the better Japanese dining experiences we’ve got. Seabass and otherwise.